Erotica in e-book form is a growth industry and Tina Haveman's eXtasy Books is flourishing
May 30, 2012 9:00 PM By: Cathryn Atkinson 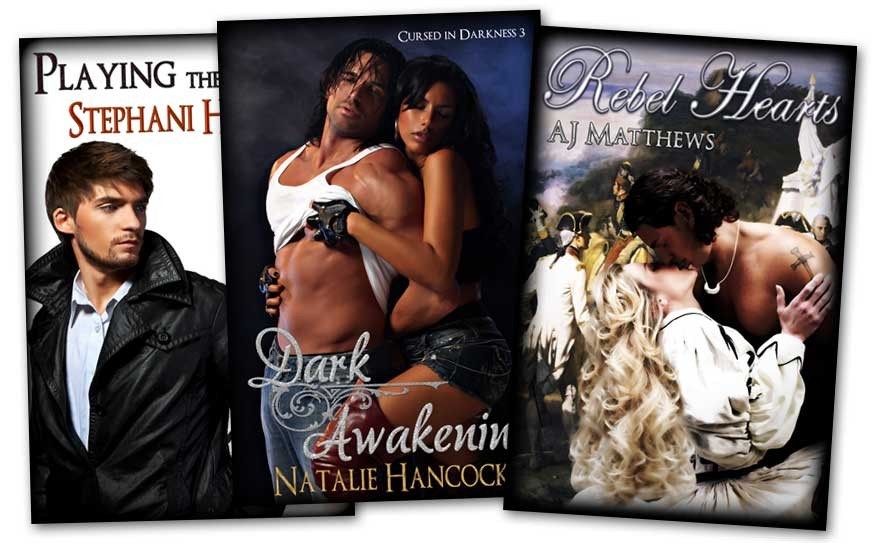 "I was just talking to one paper in New York, I can't remember their name, I was astounded and forgot to ask," she says. She fails to mention Britain's Daily Telegraph, The Sydney Morning Herald, and La Presse — all of whom have interviewed the Squamish-based owner of eXtasy Books in the last month.

"I'm getting so much notice, it's kind of scary!" she said.

The Kindle and other e-readers have encouraged the genre to take off, with readers being able to explore their personal kinks in privacy without a graphic cover giving the game away. E-books on Kobo or Kindle are the digital version of hiding Lady Chattersley's Lover in a paper bag, like they did in the 1950s.

eXtasy Books was started by Haveman in 2002 and grew out of her desire in the late '90s to have greater control over her own writing as an author. Like so many, she looked to e-publishing her own work as an answer, but took it a step further by becoming a publisher herself. Initially, erotica was not part of her repertoire.

"I was always a writer, since I could hold a pencil. I had some bad experiences as an author, and when digital publishing started I thought 'screw this, I can do this,'" she says.

Haveman started her first company, which publishes mainly mainstream print-on-demand stories, in 1999. Then one of her authors suggested she start an erotica line.

"I thought, 'Geez, I don't know. Who else likes erotica besides (the author) that I knew?' It's because of her that I started eXtasy Books. I started with a handful of authors. I didn't do too badly, I had $600 in a month and I was 'Oooh! Wow!' But, of course, most of that goes back to authors and the site, and it went from there," she says.

Currently representing around 170 authors, sales at eXtasy Books have shot up in the last three years, with the company now seeing just under $1 million in earnings per annum, Haveman says.

"After Kindle started, people became a lot more aware of e-books. All these other electronic devices, the iPad, smart phones...." she says.

Now Haveman has around 40 full- and part-time staff based all over the world, though traditional publishing costs are very much part of the business.

"Sales are good. I just bought a brand new car, cash," she says. "But in terms of the business, I do spend an awful lot of money. The office needs to be paid out, and 40 per cent of earnings has to go to the authors... and I just bought advertising space in a magazine."

While her business has been established for a decade, the recent popularity of the million-selling Fifty Shades of Grey by former UK TV executive E.L. James, a sadomasochistic tale of love and bondage, is focusing attention on erotica.

In terms of content at eXtasy Books, subjects for the company include ménage, gay and lesbian, adult faery tale, romance erotica, science fiction and, yes, vampires. eXtasy Books does have limits — it does not accept stories that have under 18s or pedophilia, or rape, among other things; the plots need to ensure permissiveness in the characters however wild it gets on the page.

Haverman says in the case of eXtasy Books she wants readers to be interested in the story in general as well as the naughty bits.

"If I receive a submission and it opens on the front page with a sex scene and there's a sex scene on almost every page, I reject it. It becomes pornography. You have to be able to take out the sex scenes and still be left with a story," she says.

"If it's a good story and the writer has 'the purple-helmeted soldier standing to attention', we point out to them how they could rewrite it," she says.

"People are more open these days and everyone has fantasies. Nothing is closeted anymore, they discuss sex more openly. They use the actual words. Women, men, couples, read the books, often for stimulation. Are you going to get stimulated by reading 'the purple-headed soldier standing to attention'?"

And Haveman, now 67, hasn't stopped writing herself, finishing and publishing about 27 books over the years. Yes, she does write for eXtasy Books, but also for her mainstream publishing company.

"Right now I'm working on a mystery-suspense-romance, and so far all they've done is kiss once!" she says, laughing.