The Stanton Warriors take over the world 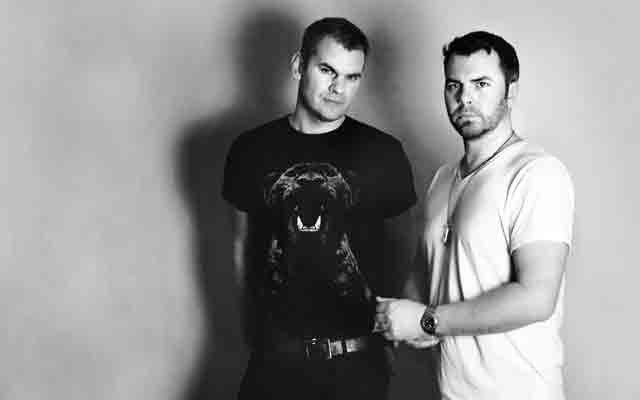 STYLE WARS DJ and production duo The Stanton Warriros have enjoyed a longevity most electronic acts can only dream of, thanks in part to their refusal to stick to just one style. photo submitted

U.K. garage gods the Stanton Warriors have already amassed quite the following among Whistler's bass-hungry masses, and you can count a Mountie among those fans after a chance encounter with the group on their last visit to the resort.

But, as Dominic Butler, one half of the long-running DJ and production duo, will tell you, he took a little convincing.

Following a particularly rowdy set at Maxx Fish last April, the Bristol native was stumbling back to his hotel, when — as sometimes happens after imbibing in a few adult beverages — he had to heed nature's call and perched on a tree to relieve himself.

"Then these two Mounties — I get the vibe that they're quite bored in Whistler — jumped me and put my hands behind my back while my trousers were around my ankles," Butler recounts.

"I tried to pull my trousers up and they thought I was going to reach for something. I had mad grief with them until I told them I was playing at Coachella (the following day). Suddenly, one of them was like, 'Hey man, wicked! My brother's going to that.'"

Just another day in the life of one of electronic music's most enduring acts; industry veterans who have stood the test of time and played in more countries than you'd find at your average UN assembly.

In a day and age when so many electronic acts pop up with a buzzy hit before fizzling out, the Stanton Warriors have enjoyed a rabid following since bursting onto the scene with their award-winning 2001 compilation, The Stanton Sessions.

It was that early label-defying mix — described by NME as "a sweatbox genre maze blitzed by insane hybrids of two-step, hip-hop and house" — which set the tone for the rest of their fruitful careers.

"At the time, everyone was asking what kind of music we played, and as an answer we just did that mix," Butler explains. "We didn't really know what our genre was, but we just dragged tunes from left, right and centre and smashed it all together. I think that's been our philosophy to this day: not being pigeonholed.

"Our conscious effort has been to keep trying to make things that are fresh and different," he continues. "It's about being an originator, not a duplicator. By doing your own thing, you put yourself on a bit of a pedestal because you're not part of a scene, so to speak, but it also gets you the really hardcore fans just by the fact that you have your own sound."

Part of the Warriors' massive success has been their prolific output of remixes, tackling hits by everyone from The Black Eyed Peas and Gorillaz, to Frankie Valli and the Four Seasons.

And while they've put their own spin on a seemingly never-ending list of charting singles — exposing the duo to a wide range of fans in the process — Butler says they adhere to a pretty strict set of criteria when choosing which tracks to take on.

"It's got to have kind of a unique hook in it, something special about it that we can then extract and put a fat beat underneath," he says. "In the past we've turned down remixes, from even The Backstreet Boys and Britney Spears and that kind of stuff, because they were shit tunes and we wanted nothing to do with them.

"It has to be good to start with. 'You can't polish a turd,' as my grandma used to say."

Now, the Stanton Warriors' "no-crap" policy extends to their own record label, Punks Music, which they have operated out of their recording studio since 2004. Originally conceived as a way to put out their own material, the label now counts half a dozen acts. Butler said being an artist before a music mogul has helped the label attract fresh, young talent looking for a step up in the industry.

"Younger artists may feel inclined to sign to us because we've been through the same emotions as them, he says. "The label's just gone really well, really quickly. We're excited about that. Now we'll expand it and take over the world."

Business and mountain adventure collide in Take That Leap
Jul 12, 2020 10:00 AM
Comments
We welcome your feedback and encourage you to share your thoughts. We ask that you be respectful of others and their points of view, refrain from personal attacks and stay on topic. To learn about our commenting policies and how we moderate, please read our Community Guidelines.