The stars align for Kreviazuk and Maida

Moon vs. Sun, a new group started by the singer-songwriters, performs at Whistler Olympic plaza
Aug 12, 2015 6:00 PM By: Cathryn Atkinson 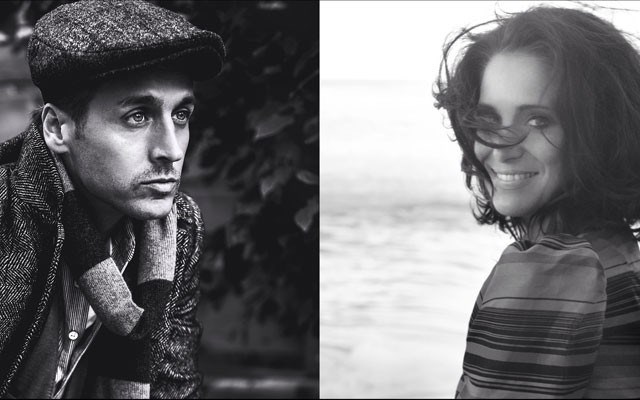 MARRIAGE OF MUSIC Raine Maida of Our Lady Peace and singer-songwriter Chantal Kreviazuk have formed their own group, Moon vs. Sun. Photo Submitted

With their new group Moon vs. Sun, the celestial bodies seem to be in alignment for Chantal Kreviazuk and Raine Maida.

The pair — Our Lady Peace vocalist Maida and singer-songwriter Kreviazuk — have six Juno awards between them and have been married since 1999.

They have also written songs together for years; their work has been recorded by each individually, and also Gwen Stefani, Kendrick Lamar, Drake, Carrie Underwood and other stars.

But until now they hadn't performed on stage together.

"It's organic and it is happening slowly but you can't put the cart before the horse. This is 20 years in the making," says Kreviazuk, in an interview from Los Angeles.

"That said, being together for the shows we've done is so nice. I'm very grateful, I live such a charmed life and I've had phenomenal experiences as an artist. But I've been quite alone for them. So finally I have my husband there, too.

"It is really nice that some of these things are happening together. It's high time."

In terms of their style, Kreviazuk says Moon vs. Sun's sound is "my most Emmylou Harris me and it meets Raine's Leonard Cohen-ish, Johnny Cash side."

She adds: "I would call the music more traditional standards-style, but the presentation of them, production-wise, will still feel modern. We're not trying to reinvent the wheel and do something dramatic on a production level. We want it to be a song you can sing something back to."

While Kreviazuk had sung backing vocals on Maida's solo work in the past, Moon vs. Sun is a dual project.

"On the Moon vs. Sun stuff, it's very much two front people," she says.

Our Lady Peace started in 1992 and came to prominence with their album Naveed in 1994. Kreviazuk's first album, Under These Rocks and Stones, came out in 1997. Maida and Kreviazuk met at a Pearl Jam concert in 1996.

The name Moon vs. Sun came from the spoken word poet Saul Williams.

"Raine told me about it and, gosh, I love that," Kreviazuk says.

She laughs: "Some people have said to me, 'Which one are you, Chantal?' I tell them it depends on the day.

"And it depends on the dark. Sometimes I'm blasting my sunlight in and sometimes my husband is all the light. You can't generalize people. Especially in marriage. It's constant pivoting, and Raine and I have worked so hard at understanding what that's about so we can be together and raise our family together. Not to do it the other way, which is harder and more compromising."

They have three sons together, all under the age of 12, and this was something Maida and Kreviazuk considered when pulling the band together.

"We want to know and appreciate each other at the end of all that childrearing stuff. We do the work. He is such an impressive man and soul that he's open to it," she says.

"Moon vs. Sun is a metaphor for what we are fighting for, for our voices to be heard in a way that is healthy and, at this point, kind of gorgeous."

Moon vs. Sun performs a free concert as part of Whistler Presents at Whistler Olympic Plaza, on Saturday, Aug. 22, at 7:30 p.m.

There's no website yet for the band, Kreviazuk says, nor any singles for sale on iTunes. Expect both soon. In the meantime, their performances can be found on YouTube.

Kreviazuk's next single, "Into Me" drops later this month, followed by her own solo album.

"I'm really excited about all of this because I haven't had a single out in a while," Kreviazuk says.

"The timing is impeccable because once my music is out, it will finally be the right time for us to put out our album."

What do the kids think about mom and dad working together?

"Our family has such an inclusivity in our music," Kreviazuk explains.

"Rowan, our oldest, has played the flute on two songs already on the album. He had already performed them at festivals for thousands of people. He would have performed in the next couple of shows but he broke his arm (a week ago).

The family splits its time between Toronto and Moncton, NB.

"The kids know all about going in and out of the studio. They voice their own opinions and they have free rein. They have to respect the studio and so on, but we never make them feel that they are closed off from the musical experience," says Kreviazuk.

"That beautiful energy binds us in a lot of ways, but at the same time they are used to what we do. There's Raine and his band, Raine as a solo act, and my solo career. It all feels natural."