Theo and the Thugs ready to take over Squamish Punk Night 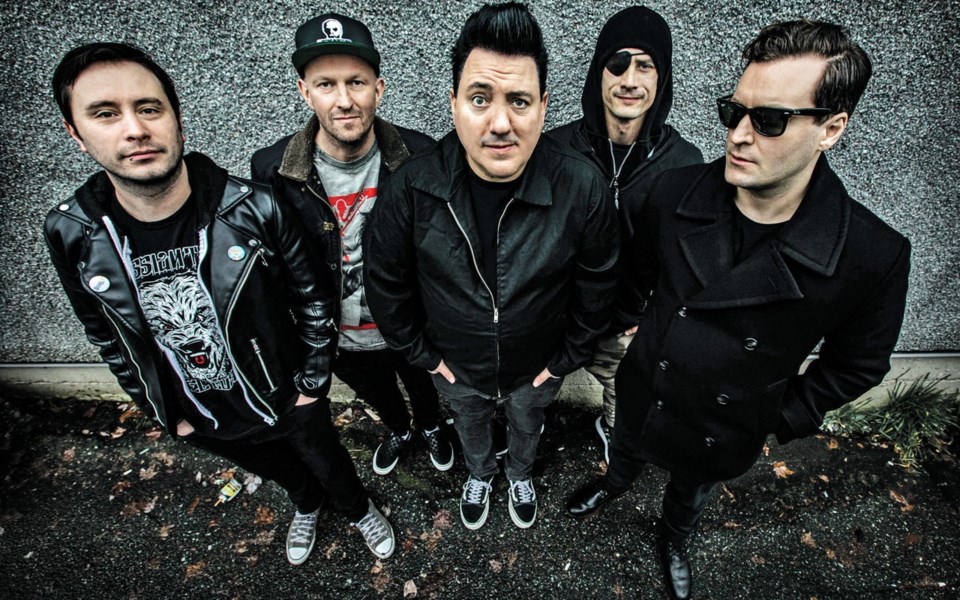 Just days out from the launch of his side project's first-ever tour, Theo Goutzinakis—one of the founding members of Canadian punk veterans Gob—is cracking the whip.

"I got the boys with me, they're all in the background here changing back into their dry clothes from sweatin,'" the guitarist and vocalist says over the phone, in the direct aftermath of rehearsal. "I'm slave masterin' them here in the dungeon."

"The boys" are Dan Garrison on guitar and vocals, Steven Fairweather on bass and Laurence Butler on drums, and the band is Theo and the Thugs, which is set to headline Squamish Punk Night at the Knotty Burl on Friday, Nov. 29.

While Gob itself is still active, co-founder Tom Thacker has been busy touring and recording with another Canadian punk mainstay—Sum 41—leaving Goutzinakis with an itch.

"It's been burning in the loins," he says of Theo and the Thugs, whose debut album is set to drop in March 2020.

"Tom was busy with Sum 41, and he was on tour, so it was hard to kinda get things going a bit with Gob ... I hung out with my good buddy Laurence Butler ("Whoo!" Butler makes himself heard in the background) and me and him went into the studio and did 12 songs."

As he talks, Goutzinakis interrupts his thoughts to say goodbye to the Thugs as they leave the studio one by one.

"Sorry, everyone's saying bye to me and stuff," he says.

After more than 25 years in the Canadian punk scene, you might forgive Goutzinakis if he were a few brain cells short.

Formed in 1993, Gob may be best remembered by Canadian music fans for their innovative videos, like the 2001 hit "I Hear You Calling," which featured a damsel in distress and zombies on a soccer field—in a time before zombies were cool.

Or "Soda," the blistering '90s track accompanied by a video of the band launching their BMX bikes into a lake—a natural fit for the song's unforgettable chorus, tattooed on thousands of Canadian punk brains to this day: "I want to jump in a lake, sun shining down on a beach in the summer."

"I had no idea what to expect. It's just so weird, right?" Goutzinakis says, reflecting on nearly 30 years of punk rock.

"You get in the band and you start just playing shows and just kinda like, living in that moment, you know? Just getting out there and just booking shows, and we started making videos of BMX bike ramps to jump in the lake ... all of a sudden that's your first video you have.

"It's kinda crazy, because it wasn't anything we expected."

Under the current Thugs lineup—Fairweather also plays in Gob, while Gob drummer Gabe Mantle will be on the tour as well—fans can expect some throwback punk jams from the '90s.

"There's a lot of songs from the old days that we have never played live, too, that we're doing, which is pretty cool, making it more special ... so Theo and the Thugs will play a couple of new ones, but the set does consist of the old Gob songs," Goutzinakis says.

"I think that a lot of people are going to enjoy that."

What else can fans expect?

"Just prepare to get your fuckin' ass handed to you when we fuckin' play," he says.

"Bring an extra pair of drawers. Because you might just fuckin' shit yourself."

Opening for Theo and the Thugs are Not Inpublic, Russian Tim and Pavel Bures and Anonymericans.

Tickets are $15 in advance and $20 at the door. Get them at www.showpass.com/theo-and-the-thugs-featuring-the-music-of-gob (if you're ready to have your ass handed to you).