Vancouver singer-songwriter talks about making the iPhone Film Fest ahead of his Crystal Lounge gig
Nov 2, 2016 6:00 PM By: Cathryn Atkinson 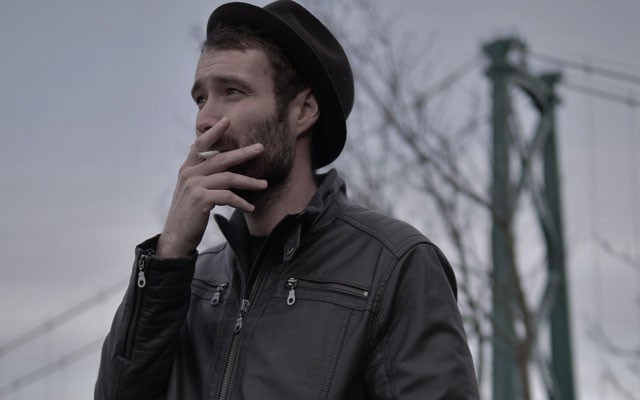 Vancouver singer-songwriter Tobacco Brown has a very swish video for his new song "M Forever," made by filmmaker Monica Taverez.

Better still, the song has gotten some traction in the United States thanks to the video's nomination as a finalist for the 2016 iPhone Film Festival in Los Angeles. The criteria for the competition is that at least 70 per cent of the video needed to be shot on an iPhone.

"Monica made it by using footage from her iPhone and also some public domain clips from old bandstand shows on TV," the blues-rocker laughs.

"I thought it was an interesting way to get myself out there. She's really talented and asked if she could make a video. I said totally, as long as I was not in it and it was more about the song. Anything but me playing the guitar on a railroad track!"

He says "M Forever" is about confusion with technology, what's at our fingertips. It's also about dancing, now and then.

"I like that the video has very old footage of people dancing. It's kind of cheesy but amazing, too. It shows how far we've come in our culture, in music and dancing. Things like that," Brown says.

"Also, my girlfriend's name is Emily, so 'M Forever' is for her, too."

The song is off Brown's latest eponymous EP and he will know how the video fared in the competition by the end of the year.

In the meantime, Brown performs at the Crystal Lounge on Saturday, Nov. 5 at 9 p.m. He is bringing a buddy, drummer Dave Manson.

"We'll be a duo and I'll be performing with my loop pedal and layer it, some covers and some originals. I will be playing two new ones I've been working on as well," Brown says.

"We'll be working out some blues, jazz, folk and rock. I like putting spins on my covers and spice them up a little bit."

He has a day job, working as a window cleaner with his brother's company. The kind of window cleaning that involves very, scary heights.

"I do enjoy being outside. We hang off of buildings. We sort of do everything; I don't know if I could work in an office after doing that," Brown says.

It also is a flexible job when he wants to focus on his music.

"I really admire musicians whose full-time jobs are music, but I really like being challenged in a different way. It allows me to use my time more wisely. I really appreciate my spare time — I try to make it count," he says.

"I've been unemployed in the past and have tried to focus on my music and it doesn't always go so well. Too much time can be detrimental. It works for me. They say if you want something done, give it to a busy person."