Feature debut from Toronto writer and filmmaker Virginia Abramovich screens at the WFF on Dec. 12
Nov 23, 2020 4:00 PM By: Alyssa Noel 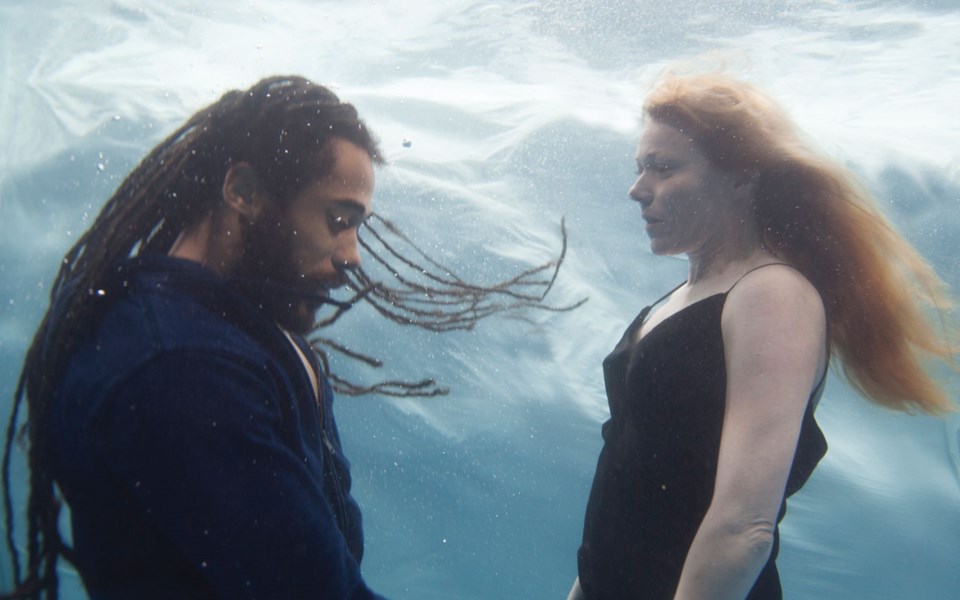 Setting played a huge role in Between Waves.

While taking in the spectacular views of the island of São Miguel in the Azores might be an escape for travel-deprived viewers (i.e. everyone), it’s also where the story for the film was born.

“I was in the Azores because my husband’s family is from there, so we go once in a while to São Miguel, the island where we filmed,” says Virginia Abramovich, who directed, co-produced, and co-wrote the sci-fi drama. “It’s the most beautiful place I know. [I thought,] ‘I have to tell a story here.’ The way the island felt like it healed me; there’s such a healing energy to the island. This idea of this person going through turmoil—this island as a reflection of her turmoil—but through it, she gets healed by something there.”

Between Waves, which will screen online as part of the Whistler Film Festival on Dec. 12, follows Jamie, a woman who is visited by her quantum physicist lover, Isaac, who’s been presumed dead.

On those visits, he pleads for her to join him in a parallel plane.

While working in the sci-fi genre can allow a writer the freedom to invent rules, adhering to those rules can also become tricky, Abramovich says.

“There’s one thing I only thought of when I was editing,” she says, with a laugh. “I was like [Isaac] goes in and out of water. He should be wet every time he comes out. But I never bumped on it during the script. Even when we were filming, there were a lot of things people were bumping on that we fixed.”

However, many of the multi-verse theories in the story are actually rooted in quantum physics theories, she adds.

“I didn’t make up a lot of this stuff,” she says. “But then I had to figure out how it would become logical.”

While travel, sweeping drone shots, and a complex storyline might make the film sound big budget, Abramovich says only a pared-down crew shot the São Miguel scenes. (The rest of the film was shot in Toronto.)

“I knew I wanted to shoot it and do it in a contained way,” she says. “At our leanest, we were 13 people in the Azores. I’m very grateful for the crew … Everybody did more than one job. Everyone was into the story and wanted to support me as a filmmaker and wanted to help me make my first feature, so that was great.”

One example was lead actress Fiona Graham, who plays Jamie. Abramovich first met her at a film festival back in 2014 and every time she went to New York—where Graham lives—the two would connect. As she started the script for Between Waves, she had the actress in mind.

The film will be part of the Whistler Film Festival’s virtual offerings this year, with streaming available starting on Dec. 12. While it was hard to watch the COVID-19 pandemic prompt festival after festival to cancel initially, Abramovich is happy to see her debut feature finally get out there.

“It played in L.A. and Portland,” she says. “I would’ve loved to go to Whistler. I’ve been before; it’s an awesome festival. It does feel like it got buried by COVID, but I hope this festival and other things will make people see it because it doesn’t have any famous actors, nobody knows me as a director, it would be nice to get it out there. I hope now that some festivals are noticing it and it’s going to be online, I hope it does pick up and people see it.”

To find out more about the film, visit betweenwavesfilm.com.

For tickets to the Whistler Film Festival (which is largely online, but also hosting limited in-theatre screenings of some films), running from Dec. 1 to 20, visit whistlerfilmfestival.com.