Seventh annual festival features lineup of talented performers alongside educational opportunities
May 1, 2009 8:25 AM By: Holly Fraughton 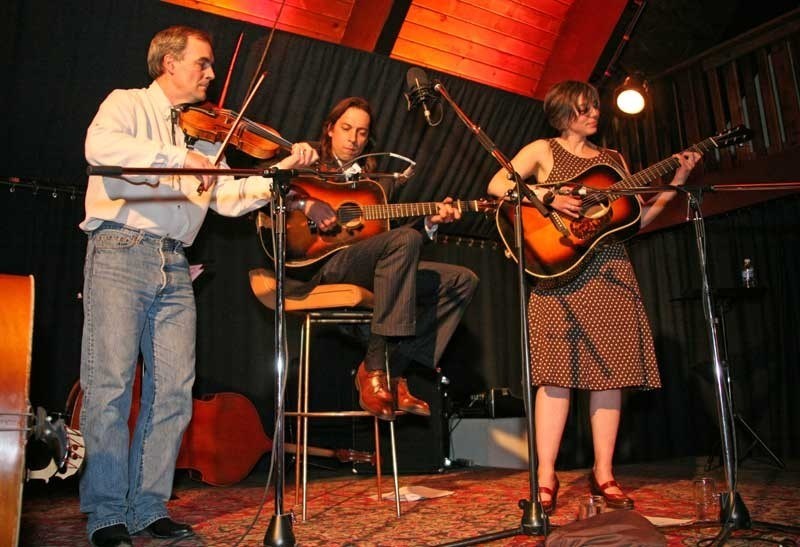 An amalgam of the old-time genres of country, ragtime and jazz, it's pretty hard to imagine how bluegrass could fail to get toes tapping and heads nodding along to the sound of the fiddle, five-string banjo, acoustic guitar, mandolin, upright bass and resonator guitar coupled with melodic harmonies.

But there aren't a lot of local venues that push the bluegrass sound.

Mike Grenzer plays mandolin for the Courageous Mountain Rangers, a Pemberton-based band, which sees all five members contributing to the vocals and stacked harmonies. The Rangers include Jeff Heintzman on banjo and guitar, Randy Goulding on guitar, Donald MacPherson on fiddle and bass player Larry Cosulich.

A 10-year resident, Grenzer said he hasn't really seen overwhelming growth in the local music scene, adding that most groups tend to gravitate towards crowd-pleasing covers.

"I find the music scene in Whistler gearing towards DJs and that kind of stuff, as opposed to really promoting live music," he said. "We've kind of found it a bit of a struggle, to be honest, to get regular things happening, especially in the genre that we're in."

Bluegrass is a genre with deep roots, and Whistler's younger crowd just doesn't seem to dig their sound as much as the people of Pemberton do.

"In our style, which is particularly bluegrass, there is a lot of traditional music, as there would be in like Celtic or Irish music, where you're playing songs that are literally probably hundreds of years old, like fiddle songs and stuff like that," Grenzer said. "... People were playing this kind of stuff on their front porch hundreds of years ago, so it has a rich history, for sure."

It isn't quite what you would call a mainstream genre, though Grenzer points out that in more rural communities and in mountain towns, it seems to have a loyal following.

"I just find that a lot of the bands that are playing around... I just don't know if there's enough of an avenue for original music."

"I hate to pigeon-hole like this or that, but it's kind of in the bluegrass vein, and we've been leaning a lot towards western swing music," he said.

The core, original members of the group got together about 10 years ago, starting out as a vocal, electrified bar band, playing gigs around Whistler.

"First and foremost, it was just fun - there were no aspirations to get big or make money. Still, to this day, it's the same thing," Grenzer said.

Eventually, they moved to acoustic instruments, forming the group that was originally dubbed The Tragically Hick. Now, the group regularly plays the annual barn dance in Pemberton, and even took the stage during last year's massive Pemberton Festival.

This year will mark the third time that the Courageous Mountain Rangers have participated in the Brackendale Bluegrass Festival, though their regular bass player just fell ill, so Jake DeVillers will be filling in for him at this year's festival.

The group was originally drawn into the event through a musical friend, Cam Salay, who organizes the talent for the two-night festival. Now, it's become one of the highlight events of the year for the Courageous Mountain Rangers, offering a unique opportunity to share their music with people who truly appreciate the genre.

"With our kind of music, you tend to want to play for attentive audiences because it's quiet, for one, because you're not playing drums and electric guitars and you can't really force people to listen like you can with electric music just by being really loud," Grenzer said.

Salay, a guitar, banjo and bass player, explained that on top of the entertainment offerings, there's also a strong educational component to the festival. On a basic level, there are workshops to help educate bluegrass musicians of all levels of ability.

"It doesn't matter what level you're at in bluegrass," Grenzer said. "Everyone is very helpful with showing other people things."

But more importantly, it helps the audience develop an awareness and appreciation of bluegrass music.

On Friday evening, the Hat Creek String Band performs, followed by the Courageous Mountain Rangers, while Elena Yeung and Redgrass take the stage on Saturday night. Workshops take place on Saturday afternoon, starting with guitar flatpicking at 1 p.m., followed by banjo at 2 p.m., songwriting at 3 p.m., harmony vocals at 4 p.m., and mandolin at 5 p.m.