Hip-hop icon Classified celebrates a decade of music with new album, While You Were Sleeping
Jan 11, 2008 7:05 AM By: Nicole Fitzgerald 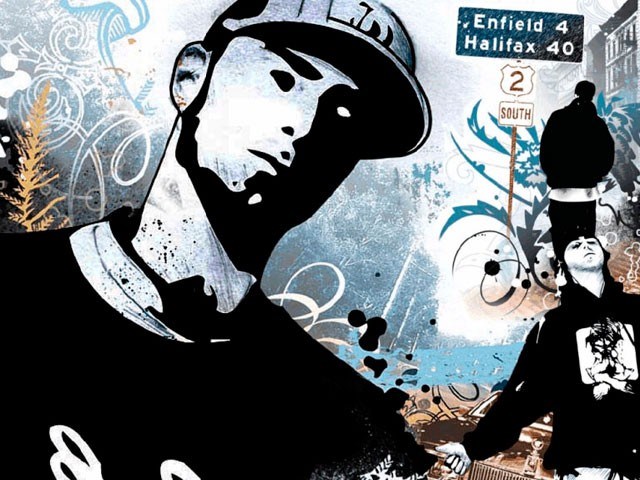 All Canadian Classified returns to Whistler with new album.

After 10 years of working in the music industry, Canadian hip-hop star Classified finally considers himself a success. Maybe not a rich success, he adds, but a success nonetheless. The year 2007 resulted in the completion of four albums, which he produced, arranged and released on his own label, Halflife Records, as well as a distribution deal with EMI for his record label.

“For the New Year, I am just staying busy and moving forward,” he said.

Moving forward includes an album tour of his newly released record, While You Were Sleeping , which touches down in Whistler on Thursday, Jan. 17 at the Garibaldi Lift Company (GLC) with music from Chad Hatcher, J-Bru, DJIV, Mike Boyd and Shad.

“Ah Whistler… It’s always a good time, a party, a night to remember — it’s gonna be like New Year’s Eve all over again,” he said.

New tracks will be on the table for the Whistler show; everything old is new again is the theme for the While You Were Sleeping album that combines older tracks from his last 10 years of music making, including the release of four Classified albums.

“It’s called While You Were Sleeping because… well it’s music from when people were sleeping on me, before people knew who I was, so the album shows a lot of older work and just the growth from where I was 10 year ago to now,” he said.

The album also includes a DVD of all of Classified’s music videos, profile information and discography.

“There are two new songs on it as well: one that I did with my brother and my father and one with Quake (a young MC from Nova Scotia) and Chino xl,” Classified said. “There are 22 songs, so a lot of different topics are in it, but (I’m) definitely talking about the industry and hip hop. This is what I do and this is what I deal with everyday, so of course I am gonna say something about it.”

Classified has never minced words about his attitude towards the North American music machine with tracks from albums Hitch Hikin Music and Boy-Cott-In the Industry such as Fall From Paradise, Separate the Music from the Gimmicks and Hard to be Hip Hop. It’s hard to be hip hop, especially in Canada.

“I think the music industry in general is so messed up that the industry is suffering anyway, what with lack of commercial radio and lack of business minded people in the urban community,” he said. “It’s hard to get your music out there and let people know that Canadians are making hip hop music.”

Like Canadian rap successes K-Os and Swollen Members, Classified has built his success off not rapping about money, gangsters and hos, but of topics close to home, leading to four Juno nominations for his honest music.

“I write about what I go through and I think people from here can relate to that,” he said. “Business-wise, I’m trying to take all my mistakes I made over the years, learn from it and do things right: set up release dates, have a two-month tour plan for marketing before the release date, get the video out and tour, tour, tour.”

Classified has just come off a 40-date tour of Canada, but nothing is slowing this BLANK native down. He’s tasted success and is ready to put the maple leaf on the hip hop scene.

“It’s still new,” he said of the Canadian hip hop scene. “There is a great hip hop scene, great music being made, but the business side needs to step up big time… with more serious business-minded people helping artists out — i.e. managing, publicity, radio promo, etc. and just making music that people from Canada can relate to. We don’t want to hear a 50 Cent from Canada. We already have the real one in the States.”