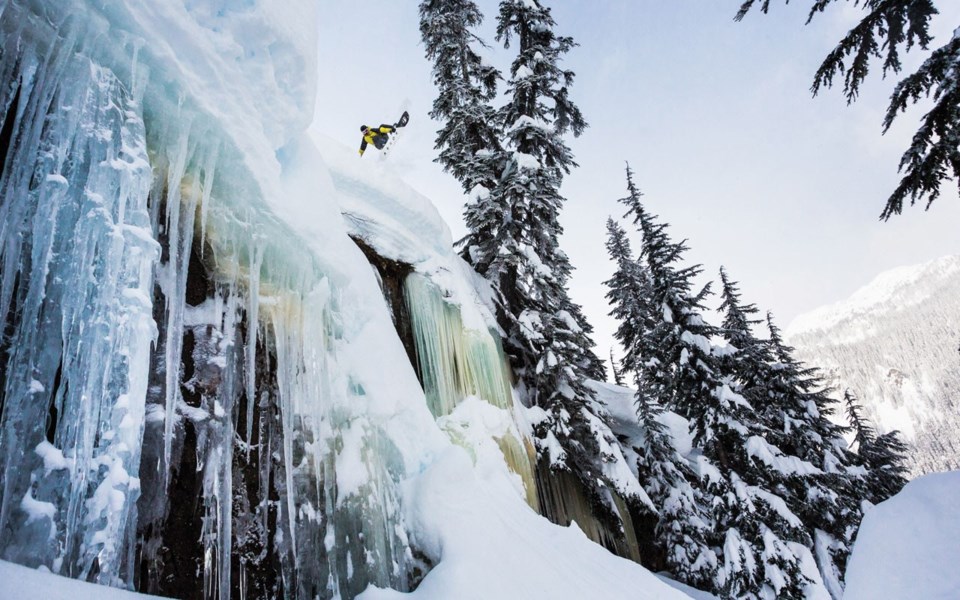 Erin Hogue’s photo won first place in the X Games Zoom contest in 2018. This year, she’s one of the photographers featured in the new Uprising photo event, set to take place on Feb. 22. Photo by Erin Hogue

The brand new photography event Uprising will take to the stage this weekend on Saturday, Feb. 22. The photographers were revealed earlier this month.

Origin, a local creative agency, the Fairmont Chateau Whistler, and Tourism Whistler banded together to put on the event after Whistler Blackcomb announced it would not be running the Deep Winter photography contest this year.

"It's the intersection of where we live: creativity and sport," says Origin principal and creative director, Danielle Kristmanson in explaining the decision to launch the event. "And we buy photography from a lot of those photographers [who have competed]. Almost as soon as we heard it was cancelled, we started talking about what we should do."

And so, in mid-December, amidst the holiday bustle, they came up with the idea for an event called Uprising, which will take place at the Fairmont Chateau Whistler.

While it will still be based on photography, the team decided to add a few new elements, in part to leave space for Deep Winter to return in future years.

Five well-established professional Whistler photographers have been paired with the same number of up-and-coming photographers. Those pairs will then put together a team of athletes—also made up of a mix of professional and emerging stars—and head out to shoot images for the same three to five days.

Their resulting slideshows will be debuted at the event.

The main idea, Kristmanson says, is to nurture a new crop of talent in the resort. "We felt if we could create a format where the mentorship was built in—athletes and photographers have the ability to learn from one another," she says.

One sign that they were on the right track? Kristmanson reached out to the Fairmont Chateau Whistler and Tourism Whistler to partner on the event and "they responded in minutes saying they were in."

"To me, that was almost the best gauge of how the community would feel, the fact that Barrett [Fisher, President and CEO at Tourism Whistler] and Norm [Mastalir, managing director at the Fairmont] responded so quickly," says Kristmanson.

Added Fisher in a release, "I am excited to see the team at Origin is keeping the tradition alive in 2020, while adding their own unique take on the event with the Uprising mentorship format.

"This photography [event] represents the spirit of who Whistler is at its core, so Tourism Whistler was pleased to support as a partner. We look forward to seeing the show, and we encourage the community to come out and support this great event."

Attendees will also have the chance to choose who takes home the Best in Show People's Choice award.

A portion of each $25 ticket will also go to Protect Our Winters Canada.