Vinyl is king in 7" of Pleasure Tour

DJs spin it across Canada in Monster Energy party tour, with stop in Whistler
Jan 8, 2014 9:20 PM By: Cathryn Atkinson 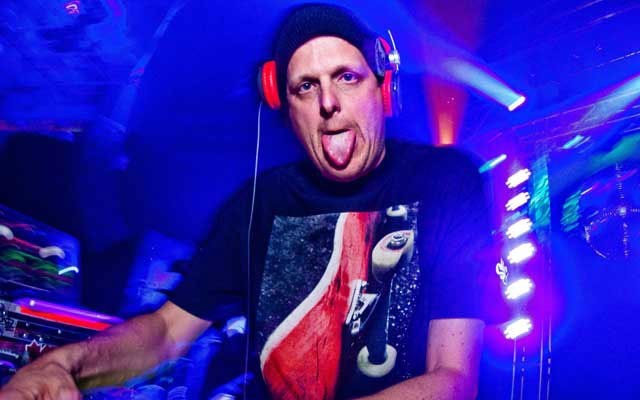 The Pleasure is all his Mat the Alien will spin it at the Monster Energy Party. Photo submitted

When Monster Energy offers 7" of Pleasure on tour, you tend to sit up and take notice.

Famed for sponsoring a big party night every year at the World Ski and Snowboard Festival, the energy drink company has pulled together a... what does one call a group of DJs? A clubbing?... a select coterie of turntable professionals who are starting a seven-city tour this week that runs across most of Canada.

They play at Maxx Fish in Whistler on Thursday, Jan. 9.

"One of the cool things about the night is that whenever you see a DJ now, they always have a computer. This brings it back to old school days. They play on records that are 7" across," says Jesse Carroll of Maxx Fish.

"When Monster comes in to do a party they don't just book a few artists, they deck the place out, they bring extra speakers, they put lights everywhere. It's an event... They told me 'when we throw a party we want to present the top-name guys.'"

"You're not going to hear what has been taking over Whistler, like dubstep, right now. It will be everything mixed up, like hits from the 1940s to the '70s, back to when they were pressing wax still... and they're beat matching with it and it's pretty sweet," Carroll says.

Whistler's own Mat the Alien is part of the tour; he has played most of the Monster events put on over the years. Other turntablists include DJ Illo, DJ Pump and Vinyl Ritchie. In keeping with the name, organizers believe size matters.

"We just did a mini-tour last year and before that it's just been tied in, a one-off thing, with an event. Usually we do a big party that's dancing with more new music. The 45 thing would take place on the Sunday with all the DJs playing for half an hour," says Mat.

"It's been a fun thing. A lot of the times with the Monster stuff we'll do a big event that is a big party, usually afterwards we've been doing smaller clubs and private parties where we play all 45s and a mix of fun music, new and old."

Along with the West Coast representing, there are also gigs in Banff, Edmonton, Calgary, Montreal and Ottawa.

"Last year, we started taking it on the road a bit more. Montreal, we did a bunch, and we started organizing it a bit more. It's great to link the DJs from Calgary and Vancouver and everywhere together. Usually when Monster does the World Ski and Snowboard Festival we'll get together and perform, but this is the first time we've had Monster outside that (in Whistler)," Mat says.

"And it brings in a good crowd, too. And the 45 thing can appeal to an older crowd, too. A lot of times in the clubs these days it's all the new music and with 45s you're limited to whatever was pressed on a 45."

Mat says messing about with vinyl makes DJs more creative and they take advantage of that while on tour by going into stores to find more music.

"We travel a lot while DJing so we're always looking for records. For a few of the dates on the tour (though not Whistler) DJ Nu-Mark of Jurassic 5 is joining us and that's amazing because he was one of the guys who pushed 45s in the past."

Mat says the DJs on the tour will be putting a mix together that will be "available in a few days" on www.matthealien.ca.

He says: "The mix has the kind of music that we will be playing on the tour. Each DJ has 10 minutes to show off."