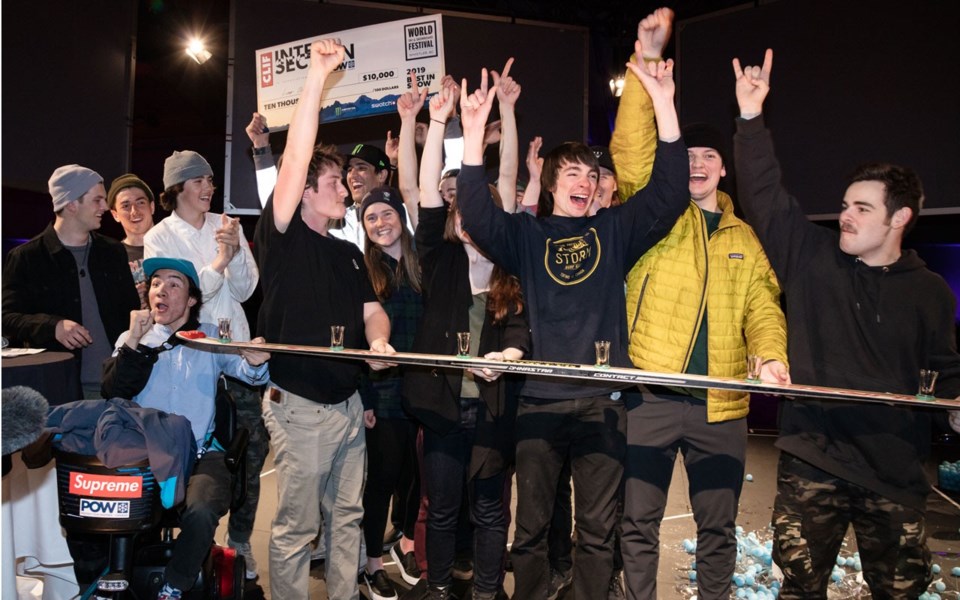 This year's Intersection winners took home both the $10,000 Best in Show prize and the People’s Choice award at the World Ski and Snowboard Festival event last Sunday, April 14.

After their win, Los Amigos—which first formed in 2016 as a group of UBC roommates—told the sold-out crowd that one line featured in the short ski film didn’t end so well.

Morgan Tien launched off the rock that makes up Chopsticks Face off Peak Chair in the film and “I shattered my clavicle,” he told the crowd from his wheelchair. “I fractured my tibia and I broke three toes in my left foot.” He adds, in the press release, that the win was still “one of the most incredible feelings I’ve ever had.”

See the accident for yourself in the video below.

Los Amigos 2019 Intersection Winning Video - "The One Where They Get Sendy" from Los Amigos on Vimeo.