Connor Warnock spent the winter collecting footage of the club’s skiers ahead of Rough Cuts film competition
May 7, 2021 10:00 AM By: Alyssa Noel 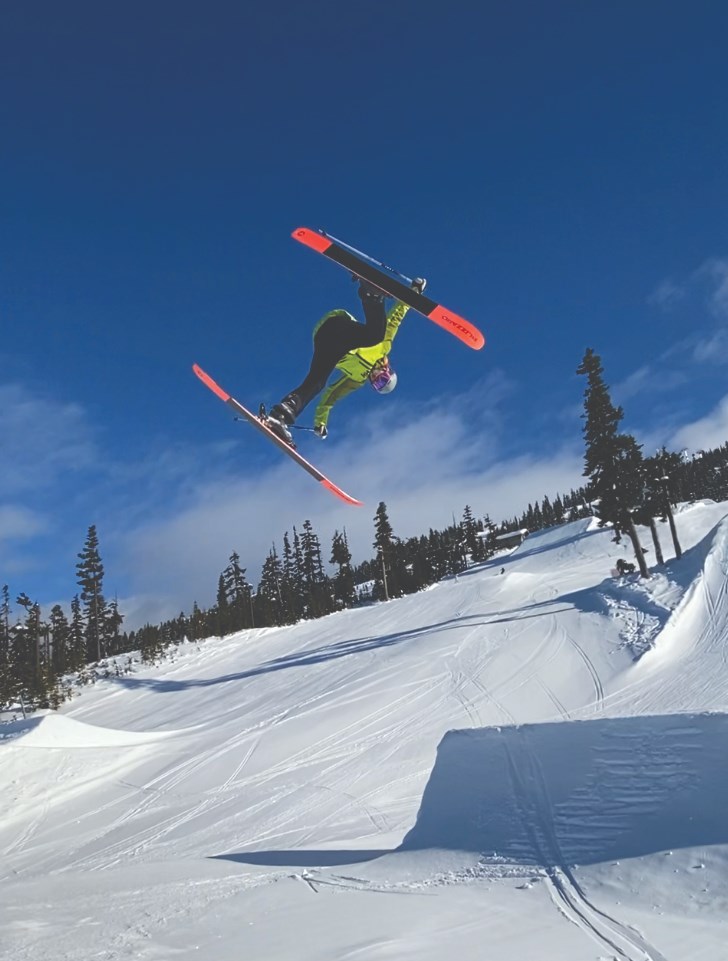 Connor Warnock had been collecting footage of Whistler Freeride Club (WFC) skiers all winter long by the time he learned about the World Ski and Snowboard Festival’s (WSSF) Rough Cuts film competition.

“I didn’t even know the contest was going on,” the WFC coach says. “Then a friend of mine messaged me and said, ‘You should submit that video you’ve been working on for the kids. I was like, ‘That’s a good idea.’”

He had slowly been piecing together clips—which he, other coaches, and club skiers had filmed on iPhones over the season—to fit with the song “Seven Day Weekend” by New York Dolls.

“I stopped once I had enough footage to fill up the song,” he says. “I had so much footage.”

The icing on the cake though was an epic shot of skier Marcus Goguen flying down Air Jordan to open the entire clip: That was captured by someone named Britney Hule, who just happened to be in the lift line at the time.

“It was on her Instagram story,” Warnock says. “Someone sent it to me in a message and said, ‘Is this Marcus?’ I was like, ‘Yeah, awesome. What a good shot.’ I messaged her to ask for the clip and she sent it to me. It’s a perfect opening shot.”

The video garnered the most votes at the WSSF finals on Friday, April 30, and took home the top prize for the local category of Rough Cuts—along with $5,000.

“I was a little bit shocked,” Warnock says of the moment the winner was announced during the livestream. “I was at home by myself. I was like looking around like, ‘I won?’”

Not only did he take the top video prize, but he also won $1,000 for the photo prize, which is a still from the film of skier Tristan Curran (with whom he plans to split his winnings).

“The photo, I thought I had a little bit better of a chance,” he says. “I didn’t see many people promoting their photos as much as the video. Originally, I was like, ‘I don’t have a chance with the video, but maybe with the photo.’”

In the end, the big wins were the perfect way to cap off what was a great—albeit short—season, Warnock says.

He happened to finish collecting video footage right before Whistler Blackcomb unexpectedly had to shut down.

“It was a great season, good snow,” he says. “The kids are on another level this year, for sure. They’re really pushing it nowadays.”

Meanwhile, the other winners of this year’s virtual WSSF included:

• Eric Beckstead for his film TAO, featuring Marie Thomsen, which won the Rough Cuts global category. That came with $1,000 cash and the key to WSSF 2022.

• Michelle Spragg for her design “First Light” in the Whip Sheet topsheet ski contest. Her art will appear on a limited quantity of Foon Skis.