What is Wanderlust, again? 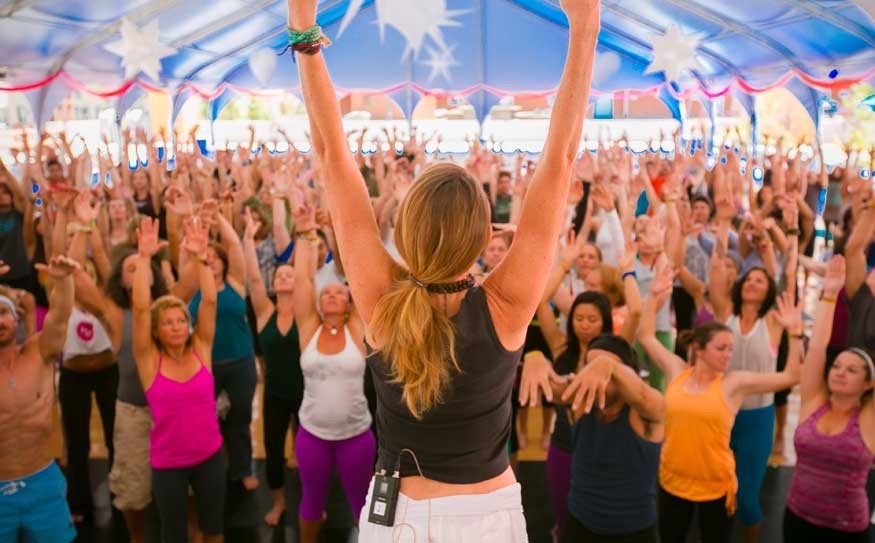 Okay, so Wanderlust arrives today (Thursday) which is great news for yogis, music-lovers and eco-foodies and other health-concerned individuals.

If you missed our coverage last week, the festival might still be a bit confusing. Naturally, you might be asking what, exactly, Wanderlust even is.

What is Wanderlust, again?

In short, Wanderlust is a music festival and a resort-wide yoga retreat. Combine that with some eco-friendly food-and-wine experiences, a TED Talks-style lecture series and assorted outdoor activities and you have Whistler's newest festival.

As of 2012, the festival is held in four ski resorts across North America. Sean Hoess and Jeff Krasno started following their inspiring experiences at yoga retreats. The pair owned a New York music label together throughout the '90s and sought to bridge their expertise in the music business with the ever-expanding popularity of yoga in North America.

The first Wanderlust was held in Squaw Valley, California, in 2009 and included musical acts Spoon, Common, Broken Social Scene, among others. After taking 2010 off, the festival returned to Squaw Valley, with another one in Bondville, Vermont. Copper Mountain Resort, Colorado has been added in 2012, along with Whistler.

Music and yoga at one festival?

Yes, well...Hoess says it's not "as crazy as it sounds.

Who, exactly, is this festival for?

"I can't really say who it's for exactly," he adds, nothing that there will be "different things for different people."

He says the core audience (about 70 per cent) is female, between 25 and 44 years of age. The remaining 30 per cent is made up all walks of life — small children, elderly men, wine enthusiasts, music nerds, you name it.

The orthodoxy is that the Wanderlust philosophy complements the Whistler temperament quite well — a whole lot of yoga, some hiking, biking, some live music and a little wining and dining — which is why the RMOW has contributed $100,000 to the festival to augment their programming. It's a festival that celebrates the healthier (and finer) aspects in life, much like the majority of Whistler locals.

"To have that caliber of yoga instruction and music at a resort in the summer, it's really quite a great opportunity," says Myra Foster, spokesperson for Stratton Mountain, adding that there's something for people at all levels of the yoga practice.

"I felt as though, with that calibre of yogi, you have to be really, really good and be practicing forever, but it's very inviting and open to everybody...at any level or interest," she says.

Even if you're not into the yoga, there's still the music and the foodie aspects to enjoy. "There are still a lot of people who want to have a lot of fun, drink a few glasses of wine... and see some great music. We're trying to find a home for all of that," Hoess says.

What do the locals think?

It's hard to say what everyone thinks (sadly, we're not mind readers), but the general consensus within the yoga community (and the community at large) is that Wanderlust will be very positive for Whistler.

"Everybody I've been talking to about it so far is very excited about Wanderlust," says Dave Haliwell, owner of locally owned yoga-ware retailer Fruv Freedomware.

"It's a really exciting thing that's coming to Whistler."

Janet Corvino, studio manager at NewAlpine Yyoga, says the festival is a positive step toward putting Whistler on the map as yoga centre.

"Right now, Vancouver is one of the top cities in the world," says Janet Corvino, "It's on the cutting edge of yoga, and to bring that to Whistler, to showcase that, Yyoga has many of its teacher up here, which is a great opportunity for the locals to experience that."

She says that while she'll be at all of the events, there's been some concern among locals that she has talked to about ticket pricing (tickets range from $99 to $475).

Regardless, there's little question that the community is excited to see how this inaugural year works out.

Since Wanderlust is an untested product, it won't take the village over as, say, Crankworx did last week. With that said, the festival will be use as much of the village as they can. There will be yoga workshops at Whistler Olympic Plaza, along with all the free concerts. There will be yoga-related animation throughout Village Stroll all weekend. The ticketed yoga events will be held at various hotels and venues throughout Whistler.

At Stratton, Foster says the festival contributes to an "amazingly positive" vibe throughout the resort.

"The resort is so lively here, with the yogis, the music, all of the animation that this festival brings to the resort, along with thousands of people who are true outdoor mountain enthusiasts. The energy is amazing," she says.

In Stratton, the festival takes the town over. Hoess says that Whistler has presented "a little bit of a challenge," compared to their other three locations, since there is a vibrant existing community living within and around the festival grounds.

Hoess says hat it will likely "take a few years" to grow the festival to the scale of Crankworx or the World Ski and Snowboard Festival.

Will there be free stuff?

Most of Wanderlust's musical programmings will be free — a bonus for the Whistler branch of the festival, as the music components at the other Wanderlust festivals are ticketed.

There will also be a free outdoor yoga class with celebrated yoga instructor Seane Corn while Michael Franti performs live.

See www.whistler.wanderlustfesival.com to purchase tickets or check out the entire schedule.