What the f@%! is Wanderlust? 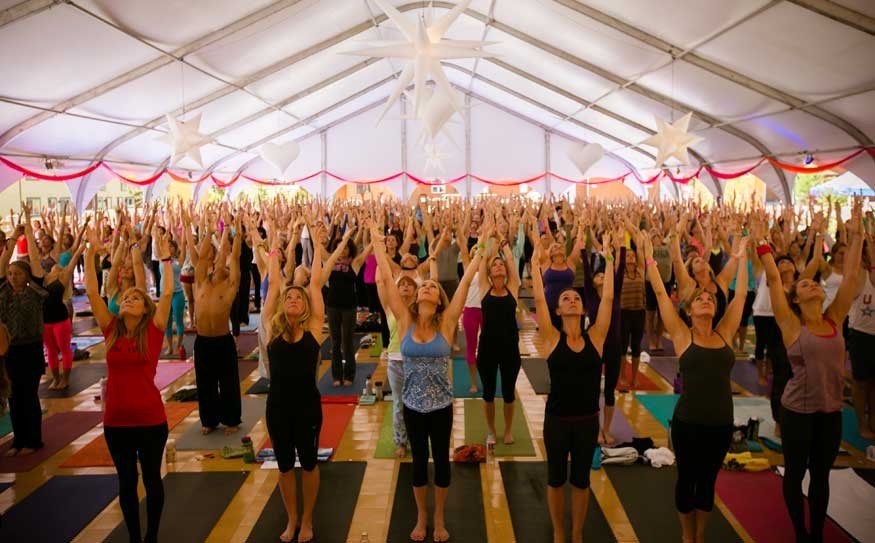 You've likely seen the ads. You've heard the people talking. You've probably seen a mention or two in this here newspaper. But with only two weeks to go before the arrival of the Wanderlust Festival, Whistler's newest festival running Aug. 23-26, many of you might still be asking, "What is Wanderlust?"

Since Pique is tasked with providing you, the reader, with all kinds of vital and relevant information, we thought we'd ask festival co-founder, Sean Hoess, to explain what, exactly, the festival is all about. The second part of our guide will run next week.

What the f@%! is Wanderlust?

The short answer is that it's a cross between a music festival and a yoga retreat, which was started by Hoess and Jeff Krasno. The even shorter answer is it's a lifestyle festival, but as Hoess points out, short answers don't capture the full scope of the festival.

Over the past four years, they've expanded on the premise, adding food and wine events focusing on organic foods, a TED-talks style lecture series focusing on areas of interest to the yoga audience, as well as outdoor activities, including hikes and biking. But yoga and music remain at the core of the festival.

"There are two defined cultures that we're bringing together. The culture of the music festival is very well-known, but the culture of the yoga retreat, to people who practice yoga, it's a very time-honoured tradition to escape their daily lives and to go someplace beautiful to practice and to commune with friends," Hoess says.

As of 2012, the festival is held in four ski resorts across North America. The first was held in Squaw Valley, California, in 2009 and featured a musical lineup including Spoon, Common, Broken Social Scene, among others. After taking 2010 off, the festival returned to Squaw Valley, with another one in Bondville, Vermont. Copper Mountain Resort, Colorado has been added in 2012, along with Whistler.

Okay. So who's playing?

Let's see: Michael Franti & Spearhead. Thievery Corporation. Krishna Das. Rebirth Brass Band. Quixotic. Some others. Some are free. Some are not.

Hoess says they always pick artists who "represent values that we believe that our community has." Franti is a good example — he's a practicing yogi, a political activist and he represents, through music and through action, the mindful lifestyle this festival celebrates.

How much does it cost?

But don't worry. There will be free stuff as well. Check www.whistler.wanderlustfestival.com for more information.

Also, check with Pique next week for further coverage of the festival.