What to do with all this RMI money?

Some ideas for how the provincial grant could be spent
Nov 9, 2011 7:43 AM By: Stephen Smysnuik 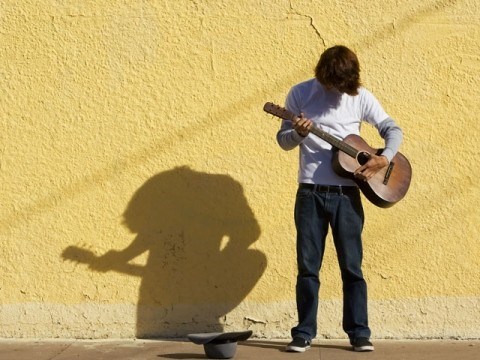 That RMI money, man - that's a hot issue. After the wildly popular Whistler Presents series, which was funded through RMI, people are questioning whether free concerts were the right move for Whistler and what else might be a good idea.

But Whistler Presents, at $2.9 million, was only one small part of the $7.5 million funding program for this year. Other projects include upgrading the Rainbow Theatre for the Whistler Film Festival, money to Tourism Whistler, ongoing construction on the Sea to Sky Trail, the street entertainment program and more.

How the Resort Municipality Initiative funding is spent has surfaced as one of the key election issues, with nearly all candidates weighing in. The $7.5 million in funding is equivalent to around 10 per cent of the resort's total budget and the only line item in the budget where there's any flexibility. The province can also repeal it at any time.

On the "2011 Whistler Election" Facebook page, candidate Steve Andrews recently asked for ideas how the RMI money could be spent. It was a clever campaigning strategy if nothing else, and many candidates for mayor and council participated. So, we thought it might be time to offer some big ideas on how the money could be spent. Everybody else is dreaming, so why can't we?

It must be noted that the money cannot be spent willy-nilly. There's a set criteria for projects and the RMOW must receive approval from the province. It should also be noted that this writer may have been influenced by a recent trip to Las Vegas for a conference hosted by the Association of Alternative Newsweeklies. Vegas, as per custom, was mind-boggling.

The goal of any resort is, or should be, to create memories and experiences for visitors and provide enough of these to lure people to Whistler in droves. The key to all of this is to make it FUN - capital letters very much intended.

There are several avenues for FUN, most of which we feel have been covered in this list. Both visitors and locals have a different concept of what they would like to see in Whistler, which we've tried to include here. Now, there are dozens of ideas so we had to narrow it down to a pithy eight. Let's start thinking about the future, rather than relying on the Olympics, which we can't really rely on anymore. Enjoy:

•A busker's festival: First off, we should stop the Street Animation program because it's a waste of RMI funds when there's a cheaper option: busking. The RMOW can set up a busking program similar to most major cities that allow busking, where entertainers audition for a license that, upon approval, they must display while performing. This comes at a lower cost for the municipality, as the performers are paid by the public.

An extension of this would be an annual buskers festival. The village layout is perfect for this with entertainers lining the stroll, the streets bustling with activity, with comedians and musicians performing at Whistler Olympic Plaza and the various indoor venues around town. This could be a huge draw for all demographics.

•Snow art in winter: Whistler is wasting a plum opportunity to turn the village into something that showcases the town's creativity and keeps both visitors and locals inspired. Why not fund a snow art program, where the village is literally turned into a winter wonderland? Have artists create ice sculptures around the village? Why not make grand igloo tunnels in Village Square? Or make giant snowmen? A licensed ice bar located in Whistler Olympic Plaza, made entirely out of ice? The possibilities are endless.

•Mural program: The homogeneity of the village is a concern for some. The buildings all look the same and there's no variation in colour. Certainly this is a bylaw issue but it makes Whistler seem kind of, well...dull.

A mural program, where artists are hired to beautify the village by painting the buildings, would offer some much-needed colour and vibrancy. There are several ways to go about doing this, but perhaps the easiest would be to offer a call for submissions, gather ideas and let them execute. One of the advantages that a town like Nelson has over Whistler is the wealth of public art on display. It creates a culture of creativity that, arguably, is stagnating in Whistler.

•New museum / art gallery: Right now, Whistler's heritage is sandwiched between our beautiful library, a hotel and some trees. It's a shoddy, ramshackle-looking little building that seems completely out of place with the surrounding architecture. Visitors have a hard time finding it when they're looking, and those unaware of its existence have little hope of stumbling upon it. Understandably, visitorship at the museum is not as high as many would like.

The area immediately around Whistler Olympic Plaza is zoned for commercial buildings, which is necessary for a museum/art gallery. Here, in a brand new, centrally located venue, visitors could stumble upon Whistler's heritage. It would serve as a bigger art gallery than Millennium Place has to offer for revolving exhibits. With a bigger space, the museum wouldn't necessarily be limited to Whistler's history - people like dinosaur bones. Just a suggestion...

•Aggressive marketing overseas : Especially in emerging markets. With the Brazilian, Indian and Chinese economies bubbling, there's a lot more disposable income and the people are going to be looking for places to spend it.

•Indoor activity centre for kids: We hear so often that business is dependent on the weather, but it would be helpful to start thinking about ways to draw businesses to town that are located indoors. There is a wealth of family-friendly ideas that don't just appeal to families. A water slide park (maybe attached to Meadow Park swimming pool?), similar to what's located in West Edmonton Mall, is one, or gator pit, like Crash Crawlies, where parents can take their kids if the weather's gone bad.

•A casino: The stigma be damned. If Whistler wants to be the kingpin of the British Columbian tourism economy , it needs to act like a kingpin and take everyone's money.

The pros could very likely outweigh the cons if a casino is done the right way. It can't be a bingo hall but a full destination vacation location: a Vegas-inspired experience, with an indoor shopping complex with Prada, Gucci, Tiffany's and a theatre worthy of Cirque du Soleil. Steve Wynn, the mogul behind much of Las Vegas' developments (The Bellagio and The Mirage, to name a couple), had expressed interest in building such a facility in Vancouver. Why not invite him here to at least have a conversation?

Anybody who's visited Vegas knows that it's hardly all about the gambling - it's just one of dozens of experiences offered to lure as many people as possible into town. It's important to keep in mind what "visitors" - that colossal, amorphous mass of internationally aware humans who pick and choose where they spend their precious vacation days - are interested in because it's they who determine Whistler's success.