Whistler author adds to her series with Duck Days

Sara Leach’s new book featuring her recurring character, Lauren, is back with a Whistler-inspired obstacle
Jan 7, 2021 11:00 AM By: Alyssa Noel 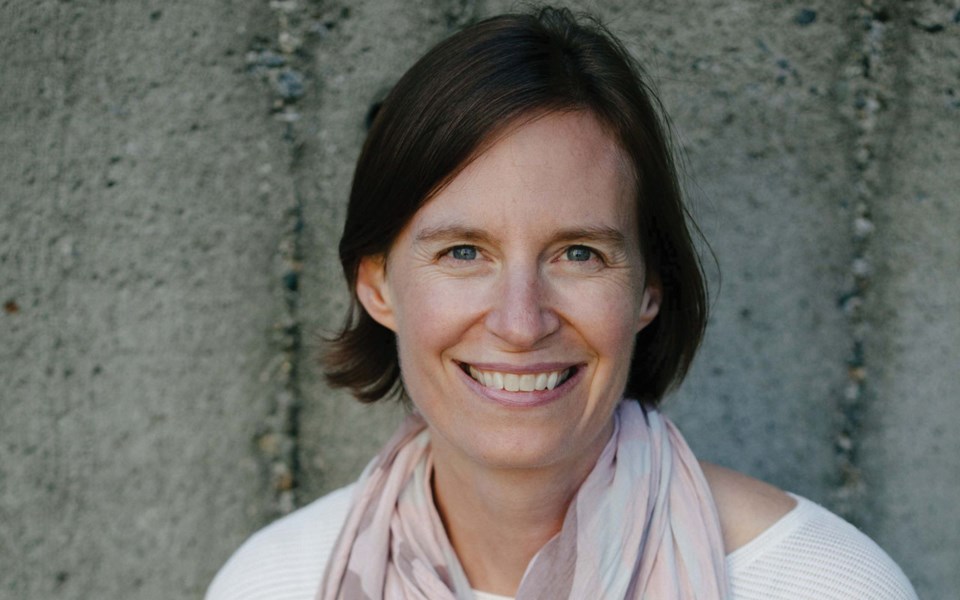 There’s just something appealing about trilogies.

At least that was the advice from Sarah Leach’s publisher.

“My publisher contacted me and said, ‘We’d really like to do a third book to round out the trilogy,” the Whistler author says. “They had feedback from booksellers that it’s nice to have three on the shelves.”

That’s not to say she’s done exploring the character of Lauren, an elementary school student with autism spectrum disorder who has appeared in both Slug Days and Penguin Days, but the call did inspire Leach to write Duck Days, the third in her series.

“I feel like she’s a character with quite a bit of depth,” Leach says.

In this latest book, Lauren is facing two challenges: how to share her friend Irma and how to face the other students on mountain bike day while she’s still on a bike with training wheels.

The latter problem was inspired by observing students at Spring Creek Community School, where she’s a teacher-librarian, during the Whistler Off-Road Cycling Association’s school program.

“For most kids, [it’s] an amazing opportunity,” she says. “For a small minority, it’s really stressful. It wasn’t based on a real-life thing. It was inspired by seeing a couple of kids who really didn’t want to take part and then in the end did, and enjoyed it. I wanted to explore that idea of courage and bravery, but I didn’t want the ending to be, ‘And she learned to ride without training wheels!’ That’s too predictable.”

By the third book with the same character, Leach knew Lauren well. It was just a matter of finding the right obstacles to help her grow.

“I need her to show some growth, but she still has the same base that she’s coming from. She has experienced growth over the three books, but she still has autism spectrum disorder, so no matter how much she’s grown, she’s going to have some challenges interacting with other people and their expectations,” she says.

At first it was nerve-wracking writing about autism when she herself doesn’t have it, Leach says. But three books in, and plenty of feedback later, those fears have dissipated.

“I’ve had really wonderful responses,” she says. “Emails from parents in Australia saying, ‘My daughter has autism and she loves seeing herself in a book.’”

While COVID-19 has put a damper on Leach’s favourite part of releasing a new book—travelling to schools for book readings—she’s hopeful she will be able to resume some time soon.

“That’s the nice thing with children’s books and schools; it’s not really necessarily tied to the new release,” she says. “These books have some lasting power. Hopefully in the spring or next year I can do some touring again.”

Leach isn’t teaching at Spring Creek this year, but her students there have historically been supportive fans as well.

“It’s very fun to see their excitement,” she says. “We have lots of copies of my books in our school library … Every year there are a couple of kids who are super keen on writing and I’ve been able to work with them a little more in-depth.”

Duck Days is available now at Armchair Books in Whistler, on Amazon, or at Chapters.