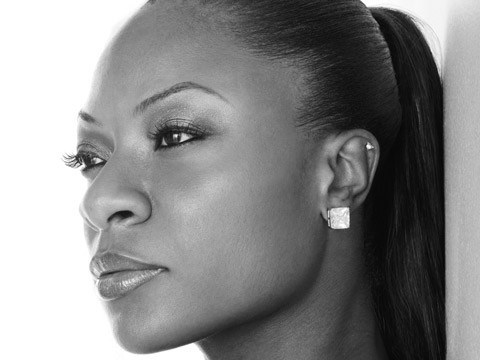 With just over two weeks to spare until the big day, organizers have finally revealed their plans to commemorate the one-year anniversary for the 2010 Winter Olympic and Paralympic Games.

While the Whistler Winter Arts Festival takes place throughout the month of February, the main event is a three-day event dubbed Celebrate Live, planned to take place over the Olympic anniversary weekend.

From Friday, Feb. 11 to Sunday, Feb. 13, the Resort Municipality of Whistler (RMOW) and Whistler Arts Council (WAC) are working collaboratively to produce the three-day party, in hopes of recreating some of the Olympic energy that we all felt this time last year.

"We wanted to bring back a little bit of the magic from the Games," explained Kim Vanlochem, communications officer for the RMOW.

Doti Niedermayer, Executive Director for WAC, isn't quite as ambitious.

Either way you look at it, some solid talent has been booked to headline each evening: Canadian R&B singer Jully Black, who was part of our Paralympic experience, is returning on Friday night, while acclaimed spoken word artist, Shane Koyczan (he delivered the memorable "We Are More" poem at the opening ceremonies of the Olympics in Vancouver last year) and musician Hannah Georgas are both on the bill for Saturday. Finally, on Sunday afternoon, children's entertainers Bobs & LoLo take the stage.

But there's something distinctly different about our one-year anniversary celebrations, at least when it comes to the headlining performances: they're ticketed events. Musical acts and headlining entertainers are performing at Millennium Place rather than on an outdoor stage.

According to Vanlochem, organizers simply wanted to drive people down to Whistler's future cultural hub, the Whistler Olympic Plaza.

"It worked really well because we wanted to bring the attention back down to the Whistler Olympic Plaza, which is really going to be a community gathering place once it is finished this summer, she said.

"So its an opportunity, really, to put the focus back on that end of Whistler Village and sort of draw people to what will be a great legacy from the Games.

"The great thing about Millennium Place is that we don't have to worry about rainy days or anything like that."

And as Niedermayer pointed out, they are working with considerably fewer resources in this post-Game period, which makes erecting and dismantling a stage in the Village (which costs approximately $16,000) much more difficult. The total funding for the month of the Whistler Winter Arts Festival is $100,000, with $50,000 coming from the Province's 2010 Sport and Arts Legacy Fund and $50,000 coming from the RMOW's 2011 Village Animation fund.

"We're working with a very different budget this year, so we wanted to make sure that the integrity of the performances were kept, so instead of having a so-so stage in Village Square, we wanted to say, 'Okay, lets really present these bands in a great format, in the theatre, on a smaller scale," Niedermayer explained.

"Really, if we could recreate a day in the life of the Olympics, we would have loved to do that, but we've got to get real with what we're spending."

Whistler certainly is living in a different economic climate in 2011.

"We're very aware of where the community is at - both the RMOW and the Whistler Arts Council - and wanted to do something for the community that the community will appreciate in the long run, Vanlochem agreed

"So we felt that this was actually a really responsible way of doing the one-year anniversary."

Niedermayer is also confident that the nominal $5 and $10 ticket prices won't discourage people from attending, though she does point out that the 238-seat capacity at Millennium Place means that the experience will be more "intimate."

All three days of Celebrate Live also feature admission by donation at the SLCC and Whistler Museum's Olympic Journey exhibit, as well as self-guided tours of the Whistler Sliding Centre and the Whistler Olympic Park (by donation).

"The great thing is, there are so many people in this community who are so excited to celebrate this milestone," Vanlochem said, pointing to the SLCC and the Whistler Museum as two of the organizations who have stepped up to contribute to the festivities.

"This isn't just an RMOW thing, this is a Whistler community thing."

They'll also be hosting a street hockey tournament and a community mural project.

The Vancouver schedule for Feb. 12 features free public events like skating, free admission to the Vancouver Art Gallery, interactive community arts, live performances from established and emerging artists, a special appearance by the Canucks mascot, Fin, a chance to win tickets to an NHL game, and meet-and-greet opportunities with 2010 Olympians. They will also be lighting the Olympic cauldron in Jack Poole Plaza.

Whistler's official ceremony marking the one-year anniversary of Games will kick off at 3 p.m. on Feb. 12 at Whistler Olympic Plaza with free face painting, apple cider, cake, street hockey, and tunes from DJ Rich-A. The Whistler Community Cauldron will also be reignited as part of the ceremony, though the RMOW has not yet released who will do the honours.

On top of Celebrate Live, Whistler's Olympic anniversary celebrations also feature a month-long showcase of the performing arts, village animation, literary events, snow sculpting on Whistler Mountain near the Roundhouse from Feb.17 to 19, an encore screening of Sandbox's popular film "Now You Know" on Thursday, Feb. 24 at 8 p.m., as well as the Out of Bounds photo exhibition.

People are encouraged to show their Canadian pride and wear their red and white clothes, volunteer uniform, or best Captain Canada costume when they attend the festivities.

Admission by donation at SLCC