Emily St. John Mandel’s new novel, The Glass Hotel, reads like a reflection on a window. The image changes as different characters step behind the glass.
Sep 18, 2020 9:00 AM By: Nicole Fitzgerald 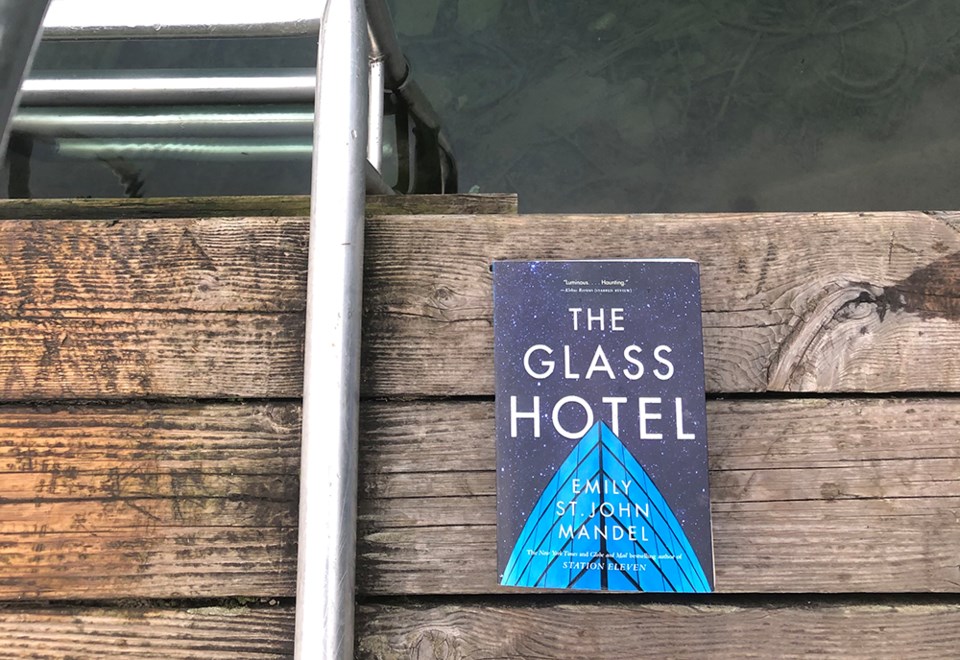 Emily St. John Mandel’s new novel, The Glass Hotel, reads like a reflection on a window. The image changes as different characters step behind the glass. Only fragments of the bigger picture are reflected on their faces, leaving the reader to piece together the shards.

The Glass Hotel is rooted in the choices of a man named Jonathan Alkaitis who owns a five-star hotel located on a remote tip of Vancouver Island. It is here he meets investors, as well as bystanders who, unknowingly or maybe knowingly, buy into his international Ponzi scheme run out of Manhattan.

The situation is explored through the unexpected connections of others affected by the scheme, including a young woman named Vincent who accepts Alkaitis’ hundred-dollar tip and invite to live with him in New York. We meet Vincent’s half-brother Paul who is seeking help from her as he always felt that she owed him something, and investor Leon Prevant who loses everything, but rises above disaster only to discover he’s fallen deeper.

The line between villain and victim is smudged. The belief in the moral certainty, “I’d never do that”, is challenged. The Glass Hotel is not about a Ponzie scheme. In the same way Mandel’s previous book, Station Eleven, was not about a flu that threatened to wipe out the human race. Mandel’s books are about humanity. They are a psychological exploration of the human condition when faced with disaster—in this case, financial uncertainty.

The different character narratives stand alone then intersect and take pause then surface again, moving back and forth through time as their shared connection to Alkaitis, sometimes clear, sometimes not, come together. Time is both fluid and concrete in the work. Characters like Paul reflect on the experience twenty years later while others like Vincent’s story are more forward looking. In addition to time, reality is also played with as characters struggle with the choices they’ve made in life. Reality blurs to the point of medical intervention for a convict who becomes lost living out counterlives. And a young woman leans on imaginings despite coming to terms intellectually with her decision to buy into a lavish lifestyle because codependency is easier than independence. Still imaginings and reality for her are not so far apart.

“None of these scenarios seemed less real than the life she’d landed in, so much so that she was struck sometimes by the truly unsettling sense that there were other versions of her life being lived without her…”

This feeling of characters being haunted is felt throughout the book. Sometimes this experience is mental, characters haunted by choices taken or missed. Other times this haunting comes in the form of apparitions born from regrets, mysteries and the unsaid. Paul reflects on how he is sentenced to a lifelong conversation with his half-sister he should have, but never had, with her. Vincent herself is haunted by the mystery of her mother’s death right up until she meets her ghost. Even The Hotel Caiette is tucked away from the reality of the world. A surreal place hovering somewhere in the in between of the civilized and wild.

Mandel blurs the lines of contemporary storytelling. Drawing inspiration from forms stereotypically utilized in lyric essays, both opening and closing the book on a more poetic note. She creates a chapter “The Office Chorus” breaking from third-person narrative into a second-person, only instead of addressing “you,” the audience, she uses the pronoun “we” to signal the idea of individuals justifying their actions by hiding in the collective.

This psychological exploration, pivoting on a Ponzi scheme, is unique both in perspective and execution. The tone of this read is best captured in a line from the hotel general manager at the start of the adventure when he describes the hotel.

“There’s a sense of being outside of time and space.”