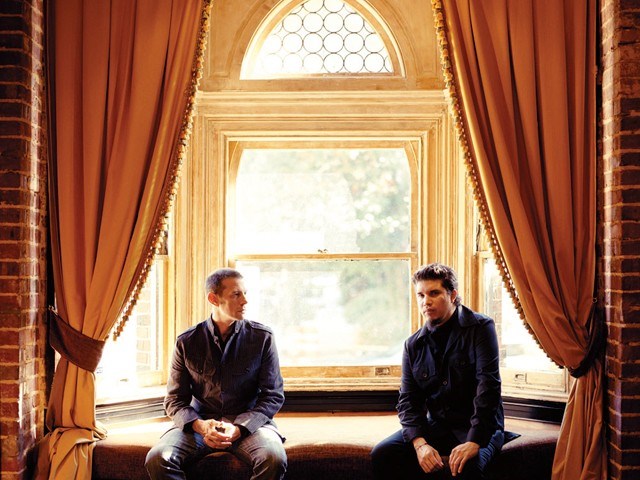 In just over a month, the Tube Park on Blackcomb will be transformed into a veritable paradise for music lovers of all tastes.

Organizers of the Whistler Music Festival, a two-day event that will be held on Saturday, July 19 and Sunday, July 20 from 11 a.m. until 8 p.m., have just announced the full concert lineup.

On Saturday, Thievery Corporation is the headlining act, with supporting sets by The Roots, Bedouin Soundclash, Meshell Ndegeocello, and Serena Ryder.

Organizers received word that Thievery Corporation had signed on as the second headlining act about two weeks ago, but waited to announce until they had all of the other acts finalized so they could announce the entire lineup at once.

Jay Sweet is a producer for the Festival Network, the company organizing the festival.

“I actually think it speaks to the eclectic tastes of what we… believe is the Whistler taste of music,” he said.

The acts lined up for the festival are certainly diverse, offering everything from the hip hop stylings of The Roots to the chilled out vibe of Thievery Corporation.

Sweet added that they believe the acts will appeal to a wide range of people.

“At the same time, I think you’re going to find a lot of people going to both days. I don’t think one day is different than the other day, necessarily. I think the same people would be drawn to both days.”

Sweet said he has also been hearing “extremely positive” feedback about the inaugural festival, both locally and further abroad.

“We just keep hearing, ‘wow, what a unique line-up!’” he said, “It’s tied together, it’s like a smorgasbord, it’s varied, but at the same time it’s not completely random.”

Now the line-up has been confirmed organizers are busy organizing all of the other aspects of the festival, including nighttime events that may incorporate local bands and performers. They’re also trying to get the word out and let people know about the “first-class festival” that will be taking place in our own backyard.

The festival is the result of a joint partnership between Tourism Whistler, which will help with promotions, marketing and accommodation; Whistler-Blackcomb, which is providing the venue; and the RMOW, which will handle licensing for the event. The three organizations entered into a multi-year, non-exclusive contract with Festival Network to organize events throughout Whistler earlier this year.

Breton Murphy, spokesperson for Tourism Whistler, said the partner organizations are very pleased with the progress the Festival Network has made to date on their promised deliverables, especially now that they have confirmed the line-up, and they are now moving forward to actively promote the event.

They hope the Whistler Music Festival will raise Whistler’s profile during the summer months and help attract more visitors to the area.

“From what we’ve been hearing, they’ve been hearing some positive response in terms of ticket sales,” Murphy said, adding that while Tourism Whistler isn’t selling tickets to the festival itself they are offering special accommodation packages that coincide with the event through Whistler.com.

Murphy said the Whistler Music Festival will focus on the baby boomer generation, which is a target market for the partner organizations, while still offering acts that will appeal to a younger crowd as well.

But Sweet said they have deliberately tried to keep the prices for the Whistler Music Festival low, especially for locals, so they can enjoy both festivals if they choose. So far they haven’t heard any complaints.

“We’re offering a pretty good deal, especially for people within the Whistler region,” he explained, “…We’re trying to build a concert for them, and we’re hoping that they, in turn, realize that because we’re making it affordable and we think we have a really good value for the dollar… there’s a lot to see in your own backyard.”

Locals also won’t have the additional expense of finding accommodations or paying for camping, as the concert is within the Village.

Festival-goers are being encouraged to bring blankets and concert chairs along to help them get comfortable and enjoy a full day of music and entertainment. The festival will also boast a range of delicious and diverse cuisine, and alcohol will be sold at designated areas within the venue. Artisan and vendors will be included in the festival site as well.