Will Ross shares intimate stories behind new songs in documentary 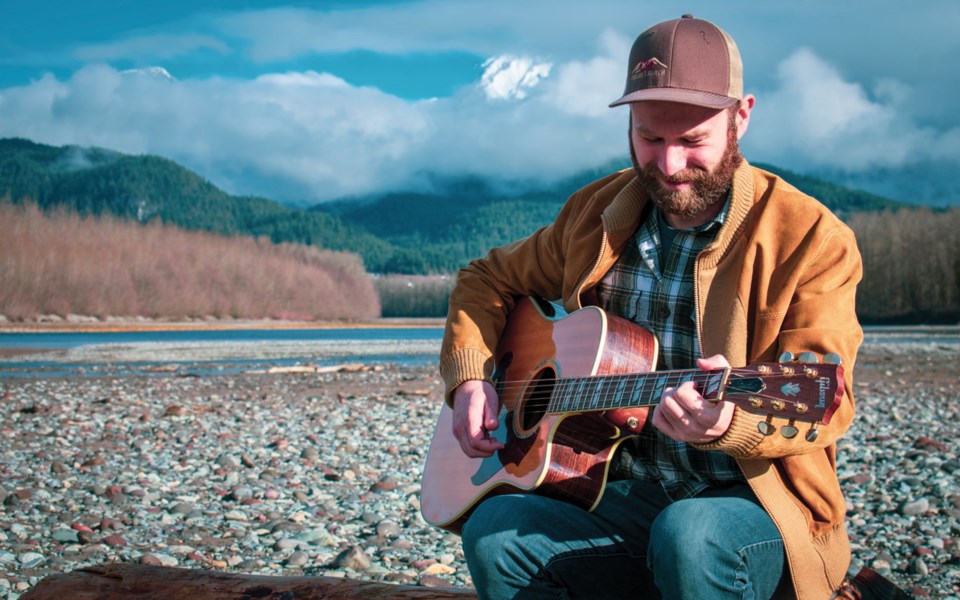 Will Ross has a new documentary out called Who Am I, I Am, available for screening now. Photo submitted

In his new documentary, Who Am I, I Am, Will Ross meanders along the Stawamus River next to lush, green moss and ferns, and offers a deep dive into the new songs that make up his forthcoming EP.

“It’s honestly the spot I will walk a couple times a day to clear my head when I have things to clear,” he says. “It’s a familiar, meditative spot I go to understand things and get rid of the anxiety going on in my brain at that particular time. That’s why I wanted to shoot there.”

After some serious self-reflection during the pandemic led to an arsenal of new acoustic tracks, Ross came up with the idea for a video release ahead of a new album. The format allowed him to introduce the songs and their intimate origin stories from the forest before jumping to Squamish’s Sound & Soul Studios where he performed and recorded them.

“It is unique,” he says. “Not many artists have done it like this. With COVID, one of the things I found with the online shows is a lack of connection. I felt like in doing it this way and being able to get into why I wrote the song and talk about me personally, it allows the audience to connect and engage with me. This is me sharing all my energy in a way that I don’t feel like I can over a regular video performance.”

Delving into intimate stories about breakups and his own mental health was less intimidating than you might think, he adds.

“It’s Alanis Morissette who said this not too long ago, ‘Most people’s journeys are private, but the journey of an artist is public,’” Ross says. “That resonates with me. As a songwriter and artist, I have a platform to help and inspire others. The way I can do that is by being brutally honest about who I am and not sugar-coating it—not putting any Instagram filters on it.”

The songs meanwhile, all feature Ross and his acoustic guitar, but run the gamut from the earnest, upbeat “Boundary Line” to “Something on my Mind,” a more contemplative track with bits and pieces gleaned from cross-country travel.

So far, the feedback has been positive, Ross says. Many friends, family, and fans have been along for the ride since back in January when he launched a GoFundMe following a basement flood.

His hope was to help fund recording while he was dealing with those unexpected costs—and he quickly reached his goal.

“All the feedback I’ve had has been tremendously positive,” he says. “Everyone who’s watched it has said it’s remarkable how much I did share and how open I was. I’ve gotten a lot of thank yous from people—even people I haven’t talked to in a while.”

While the songs from the video will be available on all streaming platforms in the near future, Ross is hoping people will check out the video first.

“I’m really excited,” he says. “I have a lot more songs and project ideas coming out soon too. It’s just the first of what’s coming down the pike.”

To watch the video, head to willrossmusic.ca.