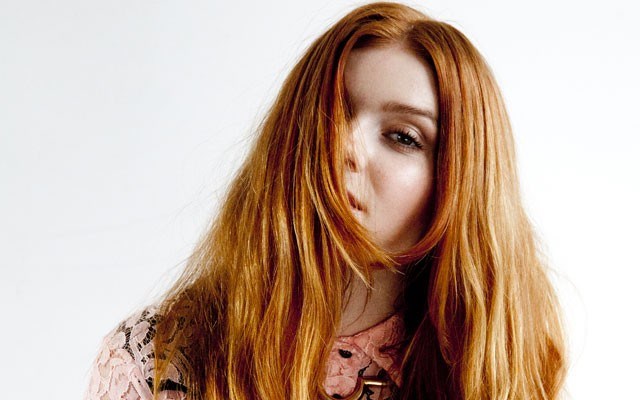 New music Willa, with Ali Milner, is performing at the World Ski and Snowboard Festival on April 14. Photo submitted

Whistler's Ali Milner is in Calgary.

Milner, one half of electronic pop duo Willa along with Mother Mother's lead vocalist and guitarist Ryan Guldemond, was invited to perform at the HiFi Club as part of the Juno Awards' festival.

The show is sold out, the sun is shining and Milner is in a buoyant mood.

"It's lovely to be selected," she says.

Willa has been together for about 18 months. Their first single "Stay the Night," released in late 2014, really kicked things off.

"It got things going online. Now that we're releasing more music we're getting a great reception. I'm getting added to playlists and getting lovely messages from people who are fans because they like my music, not because they know me, you know?" Milner says.

"Real fans from around the world. Tweets from New York and Hong Kong and London. Getting messages. It's just really dope."

Both Guldemond and Milner write their songs together, both being now based in Vancouver.

She doesn't get up to Whistler, where she grew up, as often as she'd like.

"When I do, it's always a really special time to me," she says.

"My best friend still lives there and there's a special place in my heart for my hometown. I miss summers in Whistler. I love the warm lazy air, going to the docks and biking everywhere."

Milner will be home during the World Ski and Snowboard Festival as Willa is performing a free show on the Fido Main Stage on Thursday, April 14, at 2:30 p.m., as part of the festival's concert series.

Willa has a new video for their single "The Dreamers," which was release in late March.

"I'm really proud of it. The narrative more than anything; the song is about shedding societal expectations and being the 'you' that you want to be completely and fully," Milner says.

Whether that means putting on makeup or taking off makeup, cutting your hair or dying it, dressing as a girl or a boy, Milner says self-expression is important.

"Whatever makes you feel like a million bucks," she says.

Willa's album Criminals and Dreamers is out on May 6; their song, "Hey," is the next single. It will be available on iTunes and Spotify.

Milner has plans already for their follow-up tracks.

Willa spent March in a residency in Toronto, playing several shows a week in the city and spending the rest of the time touring Southern Ontario.

She agrees that the seeds planted a year ago are starting to mushroom.

"My life is forever changing, there's something different and exciting every day. I'm fortunate enough to work in voiceover, I work as an actor as well," she says.

"But Willa is taking up a lot of time and I'm happy for that."