Words between the sheets 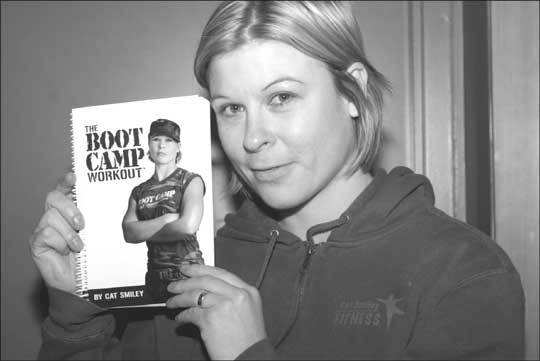 "No one is pronouncing themselves as a romance expert," said Lisa Richardson of the infamous Vicious Circle, a.k.a. Whistler Writers’ Group.

"People are stepping out of their comfort zone."

And into the comfortable confines of Whistler’s newest boutique hotel, the Adara. But writers won’t actually be staying in the hotel. The Adara will provide the bed and romantic setting to put writers in the mood, but the writing room will be in the Telus Conference Centre, where members of the public are free to roam. Writers will tag off every two hours to complete a romantic work of fiction April 20-22.

This year’s setting is at least a few degrees up from last year’s gondola, which was located in Village Square. Computers crashed, late-night rowdies tried to carry the gondola away (with two writers inside) and heaters took a holiday in the freezing a.m. hours, but still the scribbling troubadours pushed their frozen fingers to complete a murder mystery that’s posted on www.whistler2005.com /novel.

"We wanted to play with other genres this year," Richardson said. "That is a big part of the appeal of writers, is to do something they normally don’t do."

"We are going to try to generate a little romance in Whistler," Richardson said. "It’s all about action and adrenaline, but also about being fearless in love as well as big air. We are all living on the edge here."

Whether the group will push to have the final work published is undecided.

"Even if the Collective Novel isn’t published, this is just another way of showcasing the literary talent here," Richardson said.

The Vicious Circle will also be showcasing local talent in its Sea to Sky Anthology, which for the first time, will be published by a credited publishing house. It is scheduled for release in the fall.