And they're headlining Whistler Olympic Plaza Friday
Jul 6, 2012 3:00 AM By: Stephen Smysnuik 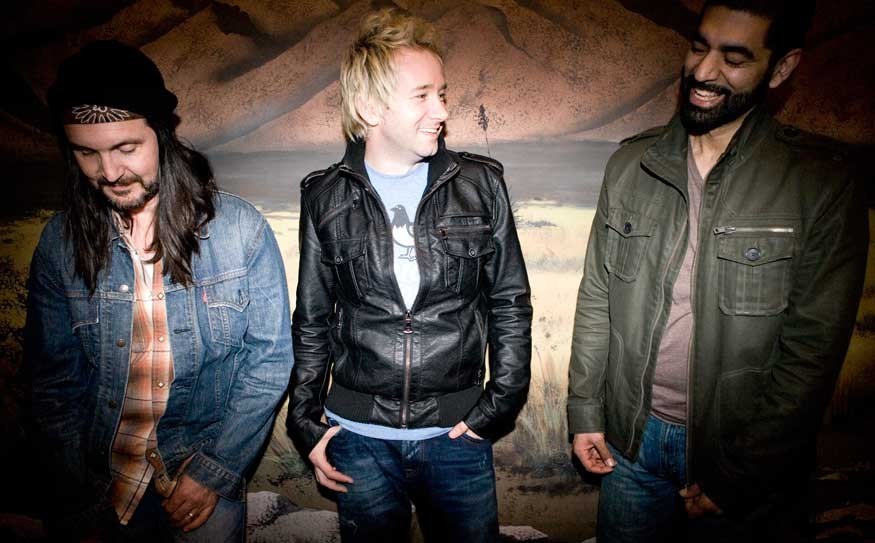 Yeah. Wide Mouth Mason was big in the '90s. What about it?

Frontman Shaun Verreault will take what he can get. That's not to say he's grasping onto past glories — far from it; WMM are as stellar a live rock band as they have ever been.

No, it's all about leveraging past successes in his band's favour. For every person who was floored by WMM's set at the Commodore Ballroom in October, there are another two who can't believe those "My Old Self" guys are still kicking it.

But, you know what? At least they remember the name.

"You have to look at it as what you can control," Verreault says. "I look at the music business where there used to be a diverse and sizeable ladder full of rungs that could fit a lot of different bands, and a lot of people could make a living by being on one or another of those rungs.

"Now? Man, anyone who's read anything about the music business knows that a good third of those rungs have fallen off the ladder never to exist again and everyone's fighting for the pieces."

On the band's Facebook page, Verreault has posted a series of very funny one-liners (e.g.: "Wide Mouth Mason, how did you get over the hill without getting to the top?") that make light of the fact that, yeah, they were sorta, really popular in 1999. A little self-effacing humour has done wonders for artists in the weekend of their careers (see: William Shatner) and for Verreault it's just one way to maintain footing on the ladder.

There are other ways to do this, of course. One is to slay audiences every single night, which is something that WMM is particularly adept at. Despite their absence from the charts in, oh, well over a decade, WMM is as tight a unit as they were 1997 — fresh-faced hit makers rising out of Saskatoon with their wildly popular self-titled album.

In the years that followed, they scored two gold-certified albums and then dropped from popular view. But WMM soldiered on as many of their late-90s contemporaries imploded.

Now, with Big Sugar's Gordie Johnson on board as bassist, the WMM are — how you say? — better than ever.

"I've never been a better guitar player or singer. We've never been a tighter band. I don't think we've ever written better songs," Verreault says. "I'd put us up against any era of the band happily."

WMM's relationship with Big Sugar stretches back to 1996, when Johnson invited them to open for his band in what would be WMM's first national tour ever. They've been "bros" ever since, so when long-time bassist Earl Pereira left the band in 2010 Verreault called Johnson up.

"There's a comfort level," he says. "It's like putting on an old leather jacket. It fits because it's had the time to get to fit."

The band members — Verreault, Johnson and drummer Safwan Javed —live in different cities, so they'll often send each other song ideas via the Internet. Once they're back in the same room, they'll jam the ideas out and see what comes of it. Sometimes, these sessions produce nothing more than some fun.

Or they produce the songs on No Bad Days, their 2011 behemoth of balls-out blues rock that puts to bed any questions about why WMM made it big in the first place.

No Bad Days, their first album with Johnson (and first without Pereira), is also the first WMM has recorded completely live off the floor, with no overdubs. It's a 45-minute testament to everything they do right as a live act — hip-swaying grooves, mind-melting guitar solos, gut-pummelling hooks and all the rest.

Verreault says the songs were written "relatively quickly" with all three members in the same room. They then booked themselves for three nights in a Saskatoon blues club to work the kinks out live. Then, while on tour with AC/DC, they hit recording studios in their time off to lay the tracks down.

"By walking the line between knowing the material really well, being warmed up and knowing each other inside and out, and then playing songs that you're just starting to wrap your hands around so that happy accidents can happen..." he trails off. "'Spon-tune-uity' is the phrase we coined for it. If we leave room at the table for spon-tune-uity, then magic can happen."

Right. The magic. They don't need music videos or number one hit singles. They need a small stage and some instruments. That breeds the magic. That's why WMM is still around. Remember that, next time you hear "My Old Self" drifting from the grocery store P.A.