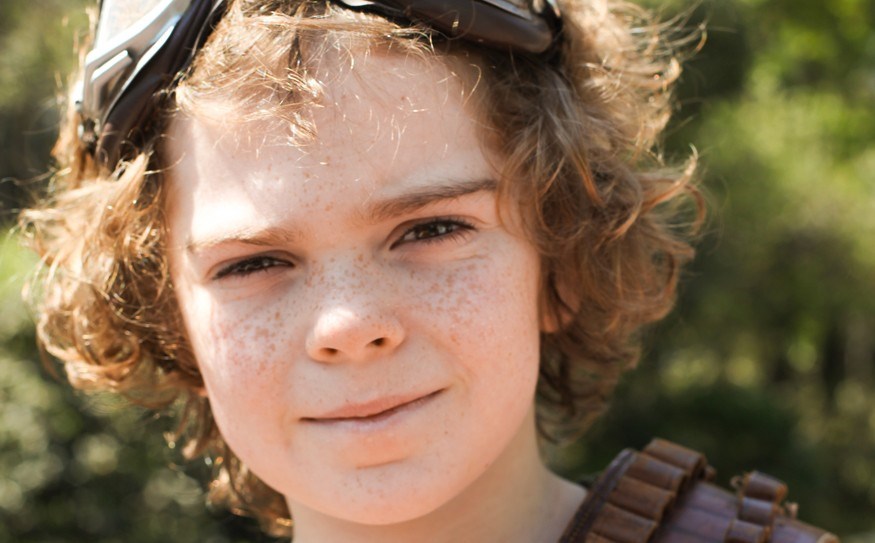 budding actor Keep an eye out for Whistler's Indiana Wilson in upcoming Cheetos commericals where he plays a 'wild child.' photo submitted

He flew out to Mexico City with his mom where he was dressed as a Rambo-style warrior and shot Cheetos out of a blow dart at a family. The commercial isn't out yet, but it's slated to air on TV, as well as at Cheetos.com and on YouTube.

Pique caught up with the young actor to talk about the experience, why he likes acting and what's up next.

Pique: How long have you been acting for? Was this your first job?

Indiana Wilson: It was my first job, but I've been acting for two years.

IW: It was very tiring because we had to work until 9 p.m. I spent five hours in wardrobe and it was just really hot. It was fun, but tiring.

IW: I didn't say anything. It wasn't a speaking part. I had to hide behind a camp and shoot 'my mom' with a dart gun with Cheetos. It was pretty fun. They had to animate the characters, but I was looking at a stuffie, Chester stuffie. They're going to edit in Chester the Cheetah.

Pique: Have you seen the finished commercial yet?

IW: No, they haven't brought it out yet.

Pique: How long were you on set for?

Pique: What would you say the best part was?

IW: Actually getting to shoot the Cheetos. It was just fun shooting the camera with a Cheetos.

Pique: What was Mexico City like? Did you get to see much of it or was it all work?

IW: Pretty much all work. I got to see a huge house though. We hung out in the backyard for a long time.

Pique: Where did you audition for that part?

IW: It was in Vancouver. I missed two of the callbacks, but they still wanted me. My friend got a part too in the exact same commercial.

Pique: Really? You got to act with your friend?

IW: He was in a different part of the commercial, but I got see him a lot. We flew to Mexico in the same seats.

Pique: Cool! What was his part?

IW: It was like the Cheeto-pult. He shot Cheetos out of the catapult.

Pique: What was the hardest part?

IW: Being out in the sun all day. Wardrobe was pretty tough. Like seven hours in wardrobe. I played on my iPod a lot. I was outside firing a bow and arrow to break walls.

Pique: What were they dressing you up in in wardrobe?

IW: Like a crazy child. An ammo belt filled with chess pieces. A sleeveless jacket and shirt and some goggles and a tie around my head. It was awesome.

Pique: Did you do lots of shots?

IW: Oh yeah. There was this one scene we couldn't get right. We have like 58 takes or something like that.

Pique: Did you ever get frustrated at any point or did you just know that's how it goes?

IW: I just knew that's how it goes. It was just really tiring.

Pique: Are you excited to see it?

IW: Yeah, I want to know how it turned out! I think they send you an actual copy of it or you just see it on TV.

Pique: How cool will it be to be on TV?

IW: Really cool. Like my friends will all say, 'Hey! That's Indy!'