Z-Trip comes along for the ride 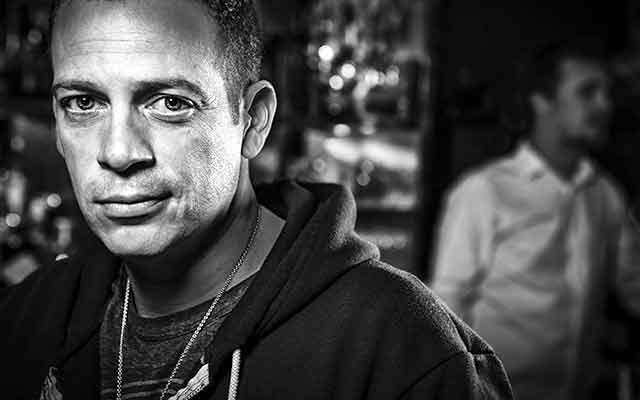 Feeling the love DJ Z-Trip is performing at the Longhorn on Valentine's Day. PHOTO submitted

Hip-hop DJ Z-Trip says Whistler is his favourite place to snowboard — and he's heard about our huge dumps of snow this winter.

"I know, I can't wait," he says, with the yearning that only a guy living near snowless San Diego can muster.

"I only went riding once last season. Once. I've been watching from afar and my friends up there send me photos every day and make me extremely jealous. The only thing is that I've got to get my legs in order... they're such long runs because they're such huge mountains."

And riding on our mountains will also help him with his music, too.

"I do this thing where I'll work on music, play it back and decided a part may need to be edited. A lot of people do that sitting in front of their computer," Z-Trip says.

"But when I get a chance to get on the mountain, I get up in the cold, crisp air and I listen to the music and dissect it in an awesome environment. It's a completely different landscape."

As much as Z-Trip will be getting a lot of great mountain time out of Whistler, Whistler will get a lot of wonderful music out of him.This visit he is performing at the Après Patio Party in the Longhorn Saloon on Sunday, Feb. 14, at 2 p.m.

A pioneer of the mashup movement as a DJ and producer, Z-Trip has performed with Public Enemy, Jurassic 5 and Chuck D in a career that stretches back to 1989.

For the last five years, he has also been LL Cool J's touring DJ.

"We have a tour coming up this summer because (LL Cool J) shoots his TV show (sitcom In the House) most of the year and takes the summers off from that. I work on my stuff while he's shooting his show. It has been really nice."

Z-Trip clearly values his relationship with the veteran rapper, saying their collaboration has "real, classic hip hop elements." Along with touring, the pair closed the Grammys a few years ago.

"We can be extremely free and open with our creative and collaborative process, not coming from a place of vanity... we're both successful on our own, so when we come together it's about creating art."While here, he also plans to see his Whistler DJ buddies Vinyl Ritchie and Mat the Alien.

"I know I'll be seeing them, riding with them and probably hanging out. To me, in the DJ community, these guys are huge," Z-Trip says."I'm always excited to connect with them and talk about music... And when you're kicking it with the locals, they're going to show you all the good runs."These two guys, when I'm in Squamish and Whistler, are the first people I reach out to. We bond over so many different things. I wanted to shout them out."

In the past year, Z-Trip moved into and renovated a new home in Encinitas — and the creation of new music had dropped off.

"I turned that flame down extremely low so I could continue to do shows while I worked on getting my studio built. Now that this is finished, the last six months has been about getting it up and running, starting to get back into it from a producer's side," he says.

"It's a very exciting time now. I'm started to work on a new record (the first since Attack the Block with Talib Kweli in 2012) and I'm getting some collaborations going.

"There are a huge amount of ideas piling up and backing up. I haven't had a place to release them and I feel like this year is going to be the year I rinse out the creative washcloth. The cloth is so full."