ZZ Ward is keeping it real 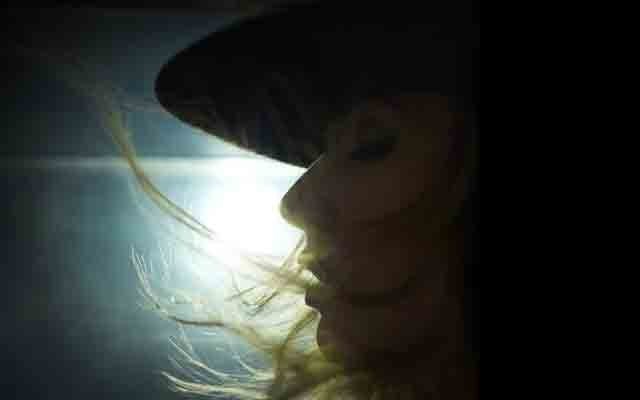 ZZ TOP OF THE WORLD Soulful blues singer-songwriter ZZ Ward is riding a wave of positive press from her recent appearances at high-profile festivals like Coachella and Bonnaroo. She plays the Pemberton Music Festival on Friday, July 18. Photo submitted

Whether she's listening to the dusty blues records she grew up on, or the boom bap of a classic '90s hip-hop cut, Ward has always gravitated towards the genuine.

It's a formula the young songstress puts to good use in her own music, and droves of fans have evidently taken note, earning the 28-year-old a level of buzz that follows her to each new tour stop.

Born Zsuzsanna Ward, she grew up in a small timber town, surrounded by music from a young age. She began performing with her dad's blues band at 12 — the rare tweener with an intense passion for the Delta blues singers of the early to mid 20th century.

It was the stripped down sincerity of such musical icons as Robert Johnson, Big Mama Thornton and the inimitable Etta James that struck a chord with her early on and coloured her chill-inducing 2012 debut LP, Till the Casket Drops.

"My parents got really into the blues when I was growing up," she says. "I really started to like that style of music and the authenticity to it. It's just something that resonated with me."

The raw emotion and talent of these titanic singers clearly had a huge influence on Ward's own sound. She is the one-of-a-kind musician who can utterly captivate a crowd filled with listeners previously unfamiliar with her work. And she does it all not by duplicating her musical idols, but putting her own spin on a traditional sound for a modern audience.

"A lot of blues sounds the same, so I think the fun is taking parts of it and keeping it fresh, making it new and keeping it interesting. It's really an art to be able to figure that out, and I don't know that I have yet," she says.

But blues isn't the only genre Ward has parsed elements from. An admitted hip-hop junkie, Ward began writing hooks and performing alongside rappers in Eugene, Ore., as a teen, and says she was inspired by the anything-goes attitude of the MCs she was raised on.

"The rappers I grew up listening to, like Jay Z, Outkast, Snoop and Biggie, they twisted things and made them their own," she says. "Just because something wasn't in the dictionary didn't mean they couldn't say it and I liked that. I thought it was cool to hear something so innovative and so free."

Ward herself has turned heads in the hip-hop community with her soulful renditions of popular rap cuts. Compton critical darling and Grammy winner Kendrick Lamar lent a guest verse on her debut, while Indiana gangster rapper Freddie Gibbs was so impressed with a song Ward made using a sample of his track that he asked to be featured on the official EP version.

Marrying her early passions of blues and hip-hop means Ward has carved out a unique niche for herself in genres historically dominated by men. But, as a young, attractive Caucasian female artist gaining her footing in the cutthroat mainstream music industry, she admits to feeling the pressure to go pop, and shift her career trajectory to appeal to the masses.

"There's definitely a pressure there," she says. "From the beginning of making this record and people understanding what I was doing, they had to take a chance on my type of music that people weren't really mixing together or doing so much.

"Again it comes back to staying authentic to you. If I tried to please everyone, I'd be screwed because I'll never be able to."

Now, Ward is riding the hype of numerous recent festival appearances that have exposed her to a new set of fans (having her Last Love Song feature on an episode of ABC's Pretty Little Liars probably didn't hurt either). She's delighted that all her hard work is finally earning her some much-deserved attention, even if it means she has to go without her trademark headwear on occasion.

"(My career) is at a really sweet spot right now where if I don't have my fedora on, people don't know who I am," she laughs. "Wherever this ride takes me, wherever this journey takes me, then I'll try to make the best of it."