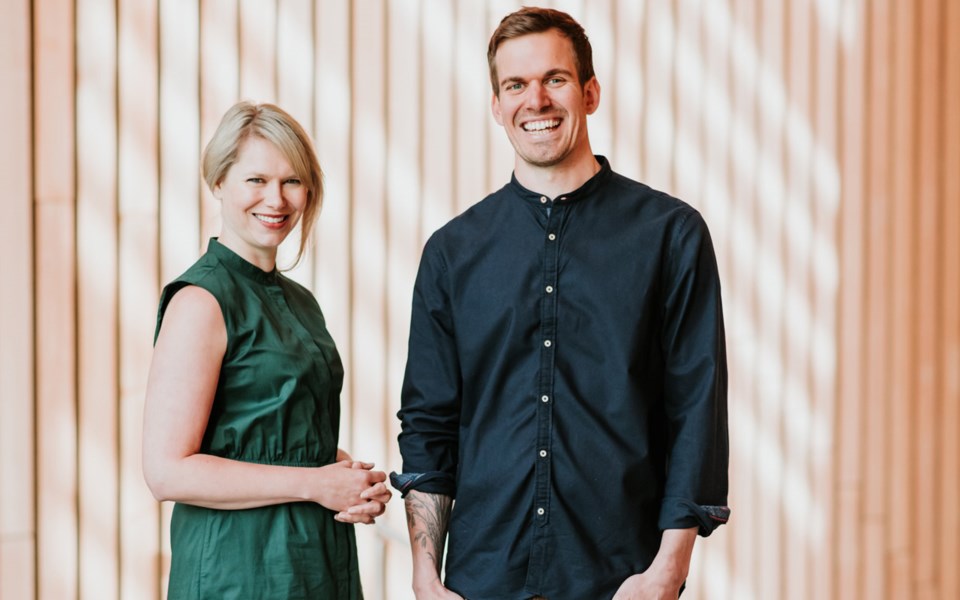 Two years since opening their plant-based bakery in Creekside, Ed and Natasha Tatton have been named as one of the finalists at the Small Business BC Awards. Photo submitted

Ed and Natasha Tatton, the husband-and-wife team behind the organic, plant-based Creekside bakery BReD, are used to being told no. In fact, you could say they thrive off the naysayers.

When they opened their shop in Whistler’s original ski village, “there was actually quite a backlash from locals saying, ‘Why are you opening in Creekside? No one goes to Creekside. Nothing works in Creekside. All the food and beverage comes and goes,’ and it was just negative, negative, negative,” Natasha recalled. “We just thought, ‘Yeah, well, we’ll show you.’”

Now, almost two years to the day from their opening, and the Tattons have done well to prove the doubters wrong—and their success hasn’t gone unnoticed.

This week, the Small Business BC Awards announced the couple as one of five finalists in the Best Youth Entrepreneur category, a culmination of a fan vote that got them into the top 10, before a panel of judges narrowed the finalists down to the shortlist.

After a tumultuous year operating through a pandemic, the honour comes with added significance.

“We’re all about taking it back to the simple, traditional ways of making bread and bringing community together. You would think that would be difficult to do because we’ve all been locked up in our homes for the past year, but I feel like the bread shop has been part of anyone’s routine and people have said it’s been really great for their mental health, being able to come down to the bread shop once a week, seeing familiar faces, seeing people outside in the line,” Natasha said. “We still have created, in a weird way, a sense of community.”

For two admitted “non-techy” people, the Tattons were able to harness social media in new ways throughout the pandemic, regularly posting video baking tutorials and amassing close to 55,000 Instagram followers.

They also pivoted to an online pre-ordering system within 24 hours of Whistler Blackcomb closing down in March 2020, even before Victoria had released health and safety plans for the food-service industry.

Natasha took the lockdown opportunity to bolster her training, enrolling in a four-month sustainability and marketing course through Cambridge University’s Institute for Sustainability Leadership.

It’s another testament to the couple’s commitment to their ideals. Both vegans, they have considered every detail of their operation, from the natural ingredients they source, to the sustainable packaging they use, and even the reclaimed maple wood that dons the shop’s interior. And when health protocols threw a wrench in those plans by banning the use of reusable mugs in favour of single-use cups, the Tattons signed up for an initiative that plants a tree for every coffee sold.

Ed said it’s the couple’s passion that has turned their business into a success.

“We put everything into it,” he said. “We sold our house in the U.K. and borrowed huge amounts of money, so this is everything to us. If this fails, it will affect us for the rest of our lives, so I think that’s where the drive comes from. We haven’t been gifted it from family or inherited anything or come from any sort of wealth. It’s just the two of us, really.”

With dreams of one day opening a second location in Vancouver, the Tattons are once again hearing a common refrain, one that they will use to fuel them forward.

“When we speak to other people in the industry, they sort of warn us off of Vancouver because there’s lots of competition,” Natasha said. “You know what? That excites me, because to me, that’s the same negativity we got about opening in Creekside.”

Next the finalists will be required to present their business to a panel of judges on why they think it should win. The winners will be announced during a three-day virtual gala from May 4 to 6.