The BC Conservation Officer Service has received numerous reports of the bear accessing food and approaching people
Jun 8, 2021 5:30 PM By: Megan Lalonde 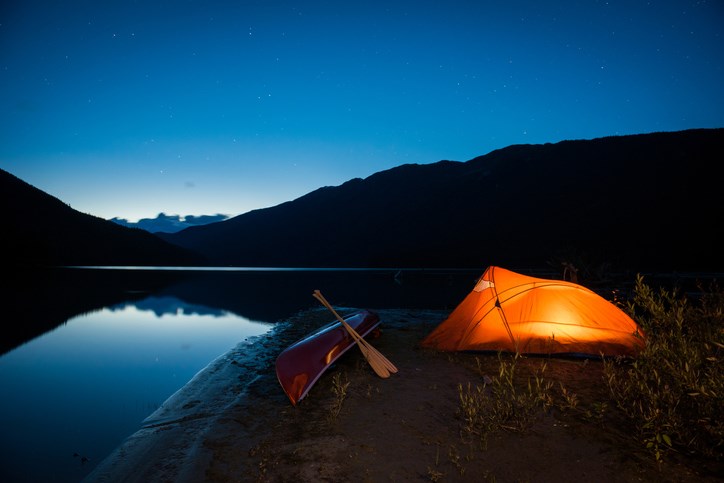 BC Parks closed Whistler’s popular Cheakamus Lake Trail and Campground to the public on June 8, following reports of a food-conditioned black bear behaving aggressively in the area and discussions with the BC Conservation Officer Service. Getty Images

The Cheakamus Lake Trail and Campground in Garibaldi Provincial Park are closed until further notice, following reports of an aggressive, food-conditioned black bear in the area.

According to a spokesperson for the Ministry of Environment, BC Parks  issued a public safety notice and closed the area to the public on Tuesday, June 8, following discussions with the BC Conservation Officer Service (COS).

The decision comes after conservation officers received numerous reports of a bear accessing unsecured food and garbage near the campsites since Friday, June 4, said COS Sgt. Simon Gravel.

The bear “doesn't take no for answer,” Gravel said. “He's been very persistent in approaching people. Obviously, it's a learned behaviour.”

Despite being sprayed with bear deterrent on multiple occasions, the animal refuses to leave the area. It's even become comfortable enough around campers and trail users to approach and “sniff” people while they were sitting on logs, Gravel said.

“We can speculate here that with this level of persistence, that perhaps he was even fed by a human,” Gravel added.

Conservation officers are not aware of any prior conflict concerning this particular bear, but said they have previously dealt with similar situations of black bears chasing hikers or runners after accessing food rewards in the Cheakamus Lake area. There will be no attempts made to relocate the animal from its natural backcountry habitat, Gravel said.

“The intention right now is to close the trail and remove all attractants, so all the reasons for this bear to be there. And hopefully, he's going to move on.”

The closure will remain in effect until at least June 22, when officials will re-evaluate the situation.

Upon reopening, officials’ focus will be on informing visitors about bear-smart behaviour and backcountry etiquette, Gravel said. The Cheakamus Lake Campground is already equipped with bear caches that visitors should use to store food and other attractants out of reach of wildlife.

“The infrastructure is there to make sure that the public has everything they need to manage their food properly while camping, but what's missing is the education,” Gravel said. “People need to understand the consequences of a bit of negligence. Anytime, you shouldn’t leave any food behind when you camp in the backcountry like this.”

While attracting dangerous wildlife remains an offence under the B.C. Wildlife Act, Gravel said people need to understand that those consequences don’t just include receiving a fine, but that their actions may result in an otherwise healthy bear being euthanized.

Gravel said he and his colleagues will attempt to haze the bear away from the area during the site’s closure, but are not optimistic that the animal’s behaviour will change long term without cooperation from the public.

“If the bear’s behaviour keeps being a risk to the public, we might run out of options,” he said. “So we're doing everything as far as we can right now to mitigate the situation. We're hoping for the best, but it's really something that could have been avoided in the first place with proper attractant management.”

Gravel encouraged all campers and trail users to visit BC Parks’ website for a refresher on proper backcountry behaviour as it pertains to wildlife.

The Ministry of Environment confirmed all campers with arrival dates between June 8 and June 22 will receive an email indicating their reservation is cancelled. They will be provided a full refund, including all fees listed as non-refundable.

Customers who intended to arrive on June 8 or 9 were also notified of the cancellation and refund via a phone call.

Experts highlight how recreationalists can do better coexisting with grizzly bears
Jan 25, 2021 8:00 AM