“It’s business as usual,” a Greater Vancouver dance parent told BIV on the condition of anonymity.
Apr 5, 2021 11:30 AM By: Hayley Woodin 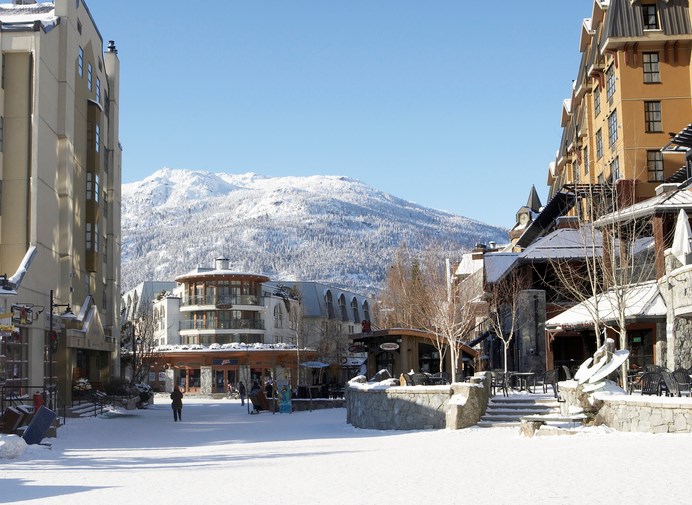 Youth will travel to Whistler to record performances for a dance competition that will be broadcast.Getty Images

A number of dance competitions are proceeding in B.C., despite provincial restrictions on gatherings, performances and travel.

The View Dance Challenge, organized out of Toronto, has performances scheduled for both Vancouver and Whistler later this spring.

According to the competition’s website, performances will be filmed in-person without an audience and broadcast virtually as part of 25 “TV episodes” slated to air between April and August. The digital dance competition still requires youth and chaperones to travel to venues for in-person performances.

“It’s business as usual,” a Greater Vancouver dance parent told BIV on the condition of anonymity, out of concern that speaking publicly would negatively impact their child’s dance opportunities.

According to the parent and communications from a local dance studio, the Whistler competition is open to dancers outside of the Whistler community, and event organizers have a block of hotel rooms allegedly reserved for out-of-town participants.

CentreStage Dance Studio in Maple Ridge is one of the dance studios scheduled to record performances in Whistler between April 29 and May 2.

While structured dance activities for children and youth are permitted to take place in B.C. under adult supervision and with a COVID-19 safety plan in place, performances, recitals and demonstrations are not permitted under current provincial health guidelines, according to the Ministry of Health.

“Travel to, from and between communities for athletic activities like games, competitions, training and practice is prohibited,” the ministry wrote in an email to BIV.

CentreStage Dance Studio and the View Dance Challenge have not responded to repeated requests for additional information.

“We all have to drive up there – because the kids obviously at 10, 12 and 14 aren’t driving themselves – and stay in a hotel overnight, or even if we just go up for the day, Whistler is not the safest spot,” said the parent.

In an email to CentreStage Dance Studio, the View Dance Challenge wrote that studios will arrive in Whistler and perform in allotted and isolated time blocks. Performances will be filmed and aired as part of the competition.

“While offering a virtual-only platform would be the easiest format to implement this season, we strongly believe in the importance of maintaining the true core values of View Dance Challenge in providing an authentic, in-person dance experience,” the competition wrote.

The View Dance Challenge isn’t the only dance competition taking place in B.C.

Parents were told that their children were actors and actresses – not dancers – in a movie production.

“As “events" aren't permitted to take place currently due to regulations, Synergy Maple Ridge (March 2nd through 7th) will instead be filmed as a "movie" in a production lot at the Cloverdale Exhibition Centre by their sister company Synergy Multimedia Productions,” reads an email from CentreStage Dance Studio.

Synergy said it implemented a number of health and safety protocols during filming, including mandatory masks and physical distancing, no in-person audiences or general public access, COVID-19 health screenings and staggered arrival times.

The parent who spoke with BIV said their child reported a lack of physical distancing during Synergy Maple Ridge.

“We've taken away all of the audiences and all of the performance stuff because we just can't. If we could do it, there's a chance that we would spend all that time producing that and then something would change and then a week later, we wouldn't be able to do it,” Sarah Reis, owner and director of Synergy, told BIV in March.

“In 2020, we prepaid hundreds of thousands of dollars in venues and whatnot,” she said. “I'm terrified of the 2022 season not running because I don't know how much longer we can hold out.”

Following requests from BIV, the View Dance Challenge and Synergy Dance Competition updated their respective websites to remove or password-protect certain information about the dates and locations of upcoming in-person filmed performances.

Editor's note: This story has been updated to reflect information received from a local resort hotel regarding room bookings.

LETTER TO THE EDITOR: Closing Whistler Blackcomb not the solution
Apr 4, 2021 4:49 PM