Frustration mounts in Whistler as pandemic wears on 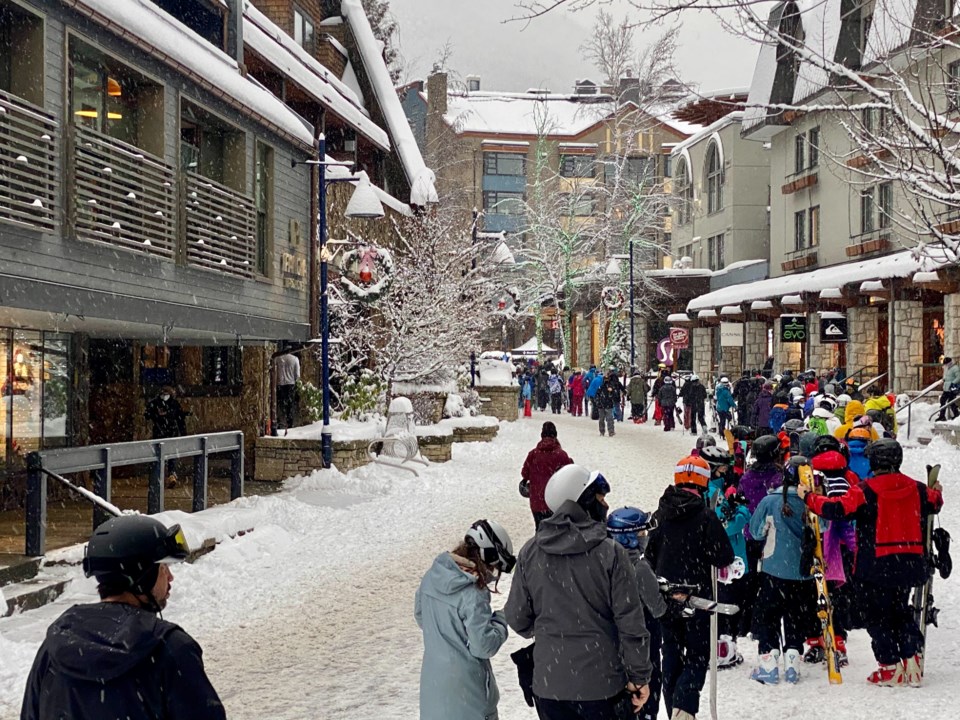 Like many Whistler locals, musician and entrepreneur Josh Smyth dealt with the challenges posed by COVID-19 one by one as they arose.

As a DJ, restrictions on gatherings put in place last spring severely hampered Smyth’s income (he estimates revenues were down 90 per cent last year), while a later decree that music in bars must be kept at a conversational volume was similarly unhelpful.

A last-minute order halting liquor sales at 8 p.m. on New Year’s Eve—one of the most lucrative nights of the year for musicians—was also “a hard pill to swallow,” Smyth said.

Not eligible for small business recovery programs, Smyth saw potential relief in a BC Arts Council grant program, for which he hoped to enlist professional help—until one of his housemates contracted COVID-19.

“Since I’ve been told I’ve got two weeks where I can’t make any money, that’s just gone out the window,” he said.

If Smyth has rolled with the punches to this point, his forced quarantine has him “fuming,” especially for the fact that he and his four housemates have followed the rules of Provincial Health Officer Dr. Bonnie Henry to a tee.

“The five of us have sacrificed a hell of a lot to try and curb this curve … I know in my heart of hearts that my housemate didn’t get this from being in a bar, or from being at a house party,” Smyth said, adding that he has several friends who tested positive for the virus in a 24-hour period.

“It looks like, unfortunately, it’s just people that are escaping their own lockdowns, and coming here for a holiday.”

Smyth is not alone in his frustration.

Many Whistlerites have shared anxieties about long lift lines and out-of-town licence plates in recent weeks, both in Pique’s Letters-to-the-Editor section and on social media.

On Jan. 14, Premier John Horgan said the province is seeking legal advice over whether or not it can stop interprovincial travel—news that sparked an immediate outcry from B.C.’s tourism industry.

But looking at Tourism Whistler’s (TW) statistics, such a ban may not even be necessary, according to president and CEO Barrett Fisher.

“And in fact, Whistler has seen a very small percentage of visitors coming from the Ontario and Quebec markets, and those visitors were specifically here over the holiday period,” Fisher said, adding that numbers from those markets have dropped off significantly in recent weeks.

For context, overall visitation last month was at about 25 per cent of normal December levels, and more than 90 per cent of those visitors would have been coming from B.C., Fisher said.

“Yes, people saw lineups at the ski hills, but the majority of those lineups were coming from locals, from second-homeowners and from day visitors,” she said.

“So really the number coming from out of province was minimal.”

As for out-of-province plates, “we do have employees that are here from Ontario and Quebec, and we also do have some visitors who have been here for several months,” Fisher added.

“So there’s lots of different pieces going on in the equation. It’s not as simplistic as it might seem.”

In terms of TW’s marketing, Fisher said efforts have shifted to summer 2021 and next winter.

Occupancies in Whistler’s hotels are also behind last year, both in number and duration of stay, said Hotel Association of Whistler chair Saad Hasan.

“However, we are optimistic considering we have put the most stringent and thoughtful safety measures in place at all our properties, pivoted to service training programs that are more suited to our new environment, used the closure to complete capital projects and are well prepared with an exceptional product and service for now and into the summer,” Hasan said.

Visitation at Whistler hotels so far this winter has come “largely from within the province,” he added.

But for Smyth’s money, leaders both local and provincial should be taking a stronger stance.

“I’m getting to the point where it’s like, you have to tell people, concretely, [to stay home] … we are 10 weeks into a two-week travel advisory. It clearly has not worked,” he said.

“People are still coming here. I understand we are a resort municipality. I understand we make our money from tourists, but if we can’t get ahold of this, are we just going to be in this semi-lockdown forever, where businesses can‘t open up and actually start making money so they can start investing in themselves again?”

While the messaging from health officials is to limit travel, local resort partners aren’t doing much to deter visitation, Smyth noted, pointing to Tourism Whistler’s website, which features a glamorous ski shot and endless options to book your trip, or a recent online chat he had with a Vail Resorts rep who informed him he and his friends could share a room on their trip to Whistler, regardless of their bubble.

“So we’ve got this mixed messaging out that’s just not helpful,” he said.

“We have corporations that are not really fulfilling their responsibility, because to them it’s all about the money. Where does that leave small businesses like mine? Because right now, the casualty of this is me and my livelihood, and my ability to be able to put food on the table.”