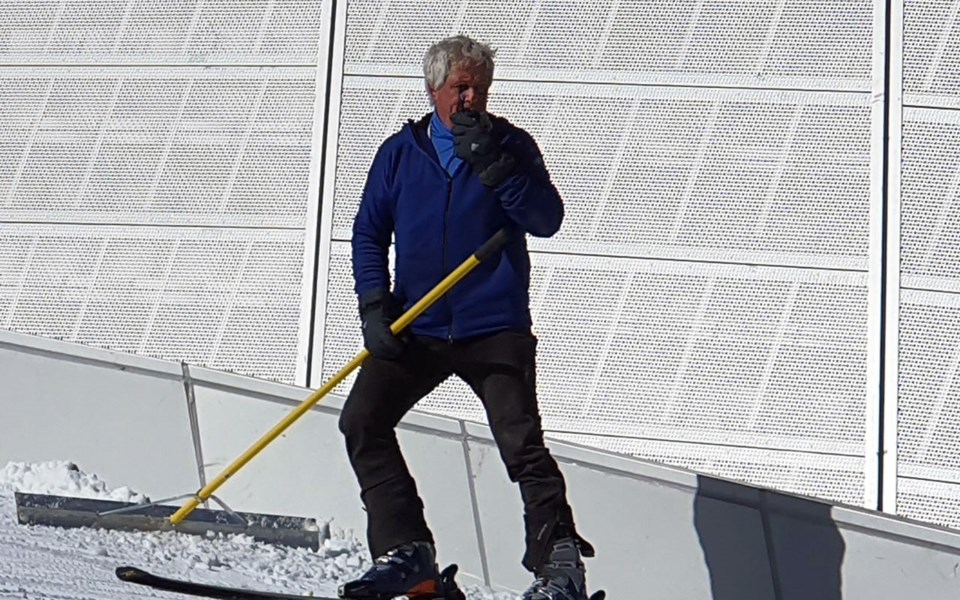 John Heilig, who was instrumental in heading up ski jumping and Nordic combined at the 2010 Winter Olympic Games at Whistler Olympic Park, died in China while helping prepare the 2022 venue.Photo courtesy of Ski Jumping Canada

A giant of Sea to Sky ski jumping passed away while doing his part to further the Olympic movement.

John Heilig, who headed up ski jumping and Nordic combined for the 2010 Winter Olympic Games at Whistler Olympic Park (WOP), died in China while in the country to help prepare the ski jumping venue for next year’s Games.

WOP managing director Tim Hope knew Heilig for 13 years after working together through the Vancouver Organizing Committee for the 2010 Olympic and Paralympic Winter Games (VANOC) and then sticking around at the park with Whistler Sport Legacies and, when Heilig left his role, with Sea to Sky Nordics.

“Even when he left the organization, he was still a fixture here around the park,” Hope told Pique. “John was an inspirational guy, he was a pleasure to be around and people rallied around him.”

Tim Gayda, who was VANOC’s managing director of sport, got to know Heilig after he moved from Calgary to serve as the ski jumping and Nordic combined sport manager. They’ve crossed paths again as they both worked on subsequent Games.

“It’s tough. It’s been a long relationship and it’s a tough one to end,” Gayda said. “There are thousands of stories. The guy was such a character, it’s impossible to put down one. He had this positive attitude for everything.”

“It’s not only the amount of money raised, it’s the number of people who gave,” Gayda said. “It just speaks unbelievable volumes to his character.

“Obviously he touched their lives in one way or another that they felt compelled to give.”

Heilig, who moved to the Sunshine Coast in recent years, leaves behind wife Kelly and five children.

For more, pick up next week’s Pique or head to www.piquenewsmagazine.com.