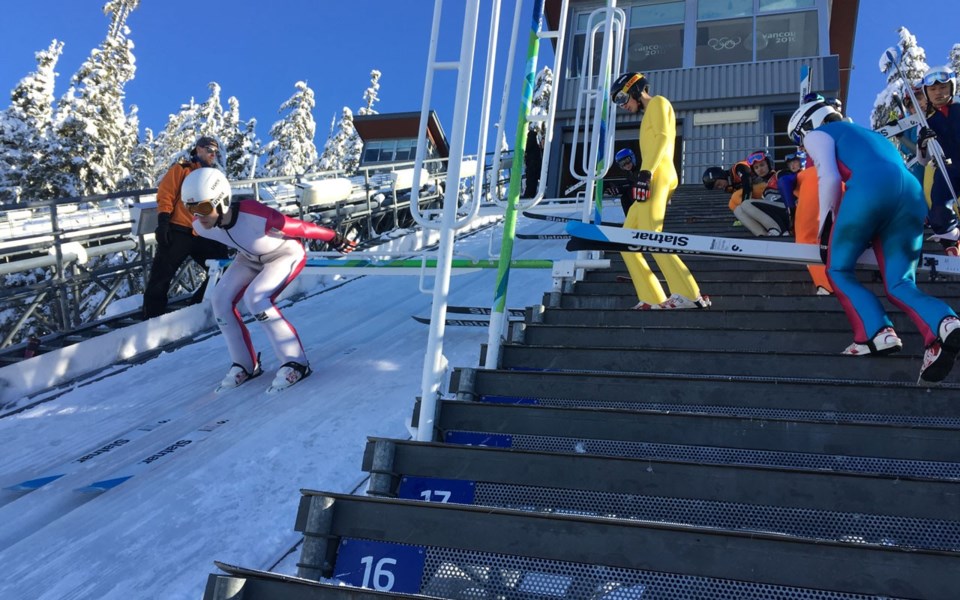 With over 100 athletes from 20 countries set to star at Whistler Olympic Park this weekend, Ski Jumping Canada (SJC) isn't going to get ahead of itself.

But after the FIS Cup and Continental Cup events wrap up on Dec. 10, its attention will turn to what they hope is a big international fish — a women's World Cup competition.

"It's part of Ski Jumping Canada's five-year plan to drive more and higher-level ski-jumping events to be held in Canada. It's Stage 2 of that plan."

Reid feels this weekend's proceedings, which begin with FIS Cup action for both men and women on Dec. 7 and 8 before rising to men's Continental Cup play on Dec. 9 and 10, will serve to bolster Canada's case for hosting the world's best competitors.

"To be honest, I think it's already happened," he said of Canada meeting FIS' standards. "Two things have to happen. One is FIS granting us the license to do so and I think we've already passed that bar.

"FIS has been pushing us to host high-level events... They definitely want more North American events."

Reid noted the other factor is the size and quality of the field a local event can draw. He said for the FIS Cup and Continental Cup levels, the athletes attending represent strong competition.

"We're anticipating slightly more than 100 athletes to attend the Whistler event, which far exceeds our expectations," Reid said. "If the snow is good and the event comes off well, we'll have met all of the hurdles that FIS would require us to jump over."

With a strong contingent of competitors, especially on the women's side, Canadians could make a charge in the competition's early days.

"I would expect our ladies to dominate. Our ladies are top-six ladies on the World Cup tour," Reid said. "On the men's side, it's possible. This is a huge field for a FIS Cup and there's really, really strong competition."

That noted, though, Josh Maurer and Matthew Soukup have posted top-20 performances on the Continental Cup circuit in Europe, so if things break just right, they could come home with some hardware.

As well, many athletes in attendance will be looking to scoop up points to help qualify for February's Winter Olympic Games in PyeongChang, South Korea, so Whistler residents will have a chance to check them out before they do their thing on the sport's grandest stage.

"You know how many people were at the Olympics? I'd like more than that," Reid quipped. "But the reality is if we get 500 to 1,000, that would be fantastic."