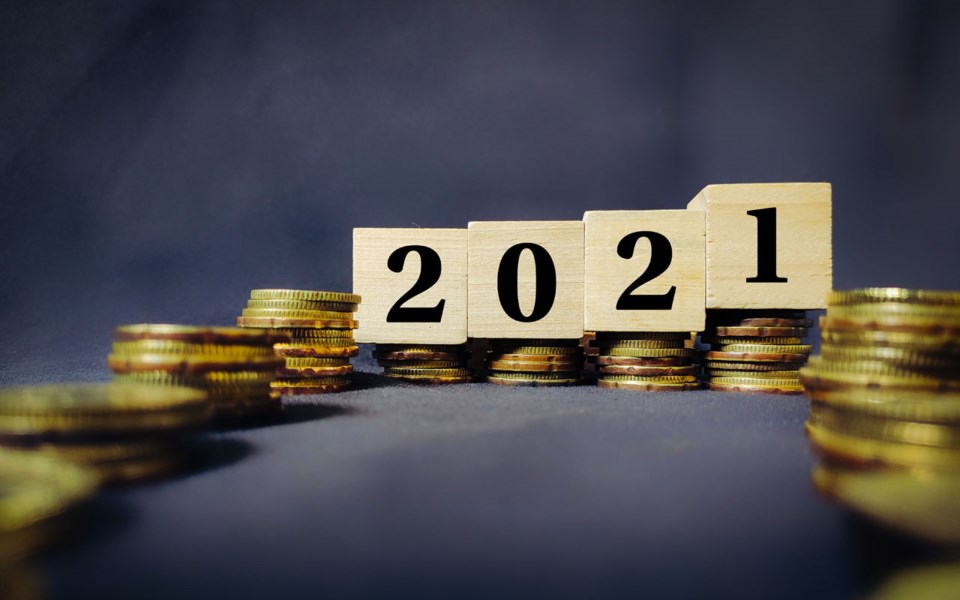 Village of Pemberton council will consider a few options when it meets for its third 2021 budget session on March 2.www.gettyimages.ca

Village of Pemberton (VOP) council will bounce around tax increases of up to eight per cent at its third and final budget session in early March.

In the second session, held during its Committee of the Whole meeting on Feb. 16, some members and Mayor Mike Richman expressed concern that a second consecutive year with a low tax rate could leave taxpayers scrambling in 2022 and beyond.

The draft budget started out with a modest 1.8-per-cent tax rate increase, but Manager of Finance and Administration Lena Martin will return with the implications of two-, four-, six- and eight-per-cent increases at the March 2 Committee of the Whole meeting, which is the third and final budget session.

The initial 1.8-per-cent tax increase relies strongly on reallocating nearly $207,000 in road reserves into operational reserves. It should be noted that the VOP has more than $700,000 in COVID-19 Safe Restart Grant for Local Governments available for eligible costs.

“We will definitely continue to look for COVID Recovery Grant-eligible projects throughout the year and possibly into 2022 depending on the parameters of the grant we have,” Martin said.

With an asset-management review on the horizon that will all but certainly recommend socking away more money, not less, for future costs, it’s not an ideal time to be dipping into reserves, Martin reasoned, anticipating rises to such costs as water and sewer rates.

“It will be, I’m sure, a large increase to what we’re used to paying,” Martin said. “COVID obviously put us in a big spin where we’re looking at keeping our budgets tight for last year and this year. It’s not something we can continue to do.”

An eye on the future

Keeping a zero-per-cent increase in the uncertainty of the emerging pandemic made sense last spring, Richman recalled, but now a year in and with some reflection, there must be an eye to the future as well.

“As much as I want to continue protecting our taxpayers right now, I also want to make sure we don’t set ourselves up so that next year or the year after that, our taxpayers are going to get hit really hard,” he said.

Richman also noted that in 2020 and in the 2021 draft, the proposed increase lags behind the consumer price index rate, with Martin later noting that only once in the past five years has the tax rate increased by more than five per cent. It becomes less and less feasible as operating costs rise and the province downloads more costs and responsibilities onto municipalities, Richman added.

“We’re providing essentially the same services for a greater population with essentially a lower budget,” he said.

After reviewing each department’s projects over the course of two meetings, Richman opined that the initiatives coming out of the VOP’s pockets are all necessary costs.

“The projects that have come forward for the most part are all being covered by grants of some sort or are all stuff that has been presented to us and I haven’t seen a lot of them that are fluff,” he said. “Pretty much all the projects are pretty crucial or are carryovers from last year.”

In addition to the road reserve reallocation, where the hope is to mostly or completely avoid dipping into that pot, there are a few other proposed reserve taps.

One would be the $160,000 in sewer reserves being assigned to current-year projects, though it’s raised some alarms.

“We’re being put in a position here where, if we had no reserves, we’d be in a deficit situation, which we’re not allowed to do under the community charter,” Councillor Ted Craddock said.

Martin noted that the options to be presented at the March 2 meeting will come with a significant focus on keeping the reserves healthy while also reiterating that, if the dire situation in the present takes precedence, it’s possible to shoulder it.

“This year, we can accommodate a low tax rate in a rare year like this that it happens,” she said. “We do have some reserves that we have set aside that can support the budget for one year on a temporary basis.”

Village of Pemberton passes financial bylaws
May 7, 2020 12:00 AM
Comments