The SLRD has confirmed one of the snow-bikers was senior project coordinator Graham Haywood
Dec 29, 2020 4:45 PM By: Brandon Barrett 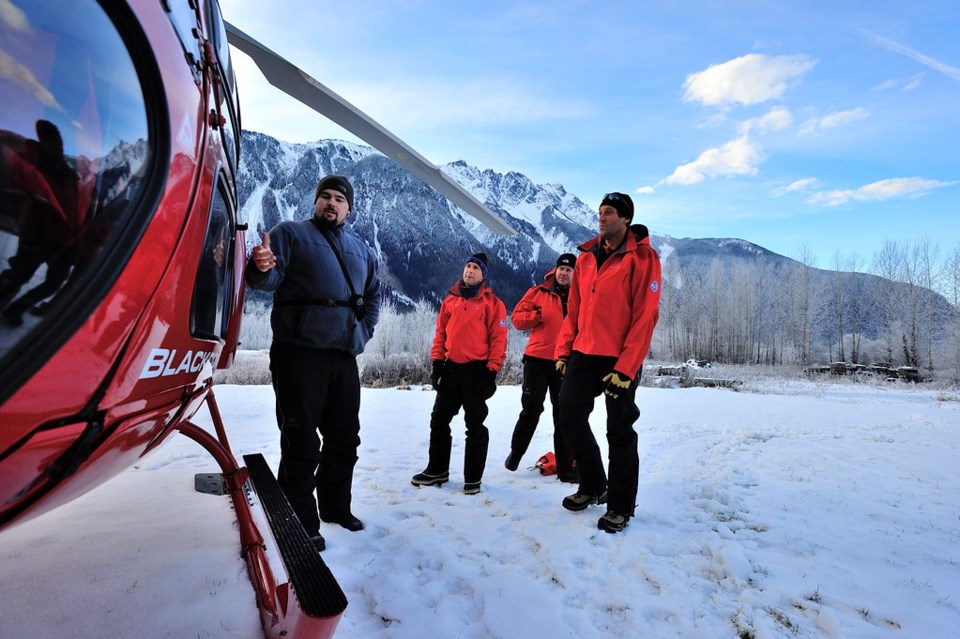 Pemberton Search and Rescue, pictured, were activated twice in less than 24 hours this week. PEMBERTONSAR.COM

Two snow-bikers are dead after getting caught in an avalanche in the Pemberton backcountry, police have confirmed.

In a release, Pemberton RCMP said they were notified late Monday afternoon, Dec. 28 of the missing bikers in the area of Goat Peak. Investigators have since learned that backcountry guides had reported a “fresh crown” along the side of the mountain that day, with avalanche debris that was roughly 100 metres wide by 200 metres long. The guides told Mounties they were unable to locate any active beacons and they were unsure at the time if the snow-bikers had made it safely to the other side of the slide.

Pemberton Search and Rescue (PSAR) was notified, but the search was postponed until first light on Tuesday morning, Dec. 29. At approximately 8:30 a.m., search crews, representatives from Blackcomb Helicopters, and the RCMP’s canine unit began searching for the missing bikers.

Later that morning, a search party located parts of the snow bikes in the debris field and conducted a beacon search in the immediate area before locating a signal. At about 10 a.m., two males were found dead.

The BC Coroners Service is now investigating.

Although police aren't naming the deceased, the Squamish-Lillooet Region District (SLRD) on Wednesday, Dec. 30 confirmed that one of the snow-bikers was Graham Haywood, senior project coordinator. Joining the SLRD in 2015, Haywood "was remarkable as a colleague , and as a friend," the SLRD said in a release. "He brought a tremendous depth of knowledge and experience to his work at the SLRD, and he showed great kindness and patience in sharing his expertise. He cultivated positive professional relationships with his colleagues at the SLRD, Board members and community members, building trust with an extensive range of stakeholders."

Most recently, Haywood filled in as interim director of legislative and corporate services, "where he met the challenge with competence, kindness and grace," the SLRD noted.

“Graham’s work has had a significant community and organizational impact through successfully leading a diverse range of projects and he leaves a notable legacy of excellence,” said SLRD board chair Jen Ford in the release.

“Graham will be deeply missed by the entire team at the SLRD. This is an immeasurable loss. We extend our deepest condolences to Graham’s wife Heather, his parents, brother, sister-in-law, nephews, and Graham and Heather’s entire circle of family and friends.”

As of Tuesday, the avalanche risk for the Sea to Sky was deemed “considerable,” with Avalanche Canada warning of a complex snowpack, with a persistent weak layer buried approximately 60 to 100 centimetres below the surface.

“At this time, we are really trying to get the message out that there is something unusual going on,” said James Floyer, forecasting program supervisor for Avalanche Canada. “We’re concerned with those mid-pack layers and the persistent slab problem. What that does is it sort of decouples the avalanche hazard from the storm cycle. So even in the lulls between the storms or when the conditions look fairly good, it doesn’t mean that the snowpack is safe and you can go anywhere. In fact, quite the opposite. We’re asking people to dial things back and select more simple, lower-angle terrain.”

Floyer said forecasters are aware of several large avalanches in the Whistler and Pemberton area that may have been human-triggered.

“It forms a little bit of a cluster in the Whistler and Pemberton backcountry, which we’re a little bit concerned with,” he added.

The tragedy marked the second time Pemberton search-and-rescue crews were activated in less than 24 hours, police said. At approximately 3:15 p.m. Dec. 28, police received a call from an international response centre advising that an emergency device had been activated near the Cerise Creek trailhead. PSAR attended and the injured man was helicoptered to a medical centre for treatment.

“The Pemberton and Whistler RCMP would like to remind others thinking of heading to similar areas to carry proper equipment, be aware of local conditions and avalanche risk, and ensure someone is aware of the their location and plan,” police urged in the release.

Search-and-rescue groups across the Sea to Sky and beyond have been bracing for a spike in rescues this winter as the pandemic has pushed more recreationalists into the backcountry.

“I don’t think any emergency response agency or group in the corridor isn’t fully prepared for an onslaught,” said Whistler Search and Rescue manager Brad Sills in an interview with Pique earlier this month. “Every indicators there that it’s going to be very, very busy, so we’re kind of just resigned to the fact that there’s going to be a lot of missed dinners and nights where you don’t come home.”

This story has been updated since publication.

B.C.'s search and rescue groups urge safety as people use the outdoors for social distancing
Mar 18, 2020 6:03 AM

Avalanche Canada ending forecasting for the season
Mar 24, 2020 3:40 AM
Comments