Whistler readies for a Christmas that doesn’t feel like Christmas

Without its regular slate of holiday events and staff parties, ‘Whistmas’ looks very different in 2020
Dec 24, 2020 10:00 AM By: Brandon Barrett 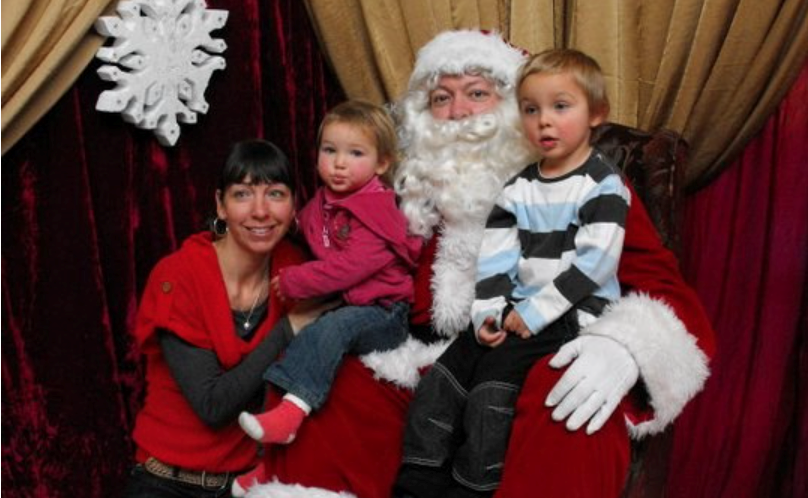 "Santa Kev" Mikkelsen donned the red-and-white suit in Whistler for a decade and a half. Photo submitted

The evergreens stand proud, the Christmas lights twinkle in constellation, and a dusting of fresh snow lends the village the postcard-like quality it is known for at this festive time of year. But no mater how it may look outside, there’s no denying this holiday season in Whistler feels nothing like what we’re used to.

“It looks like Christmas out there because the muni has done the job they always do of putting all the lights and wreaths up, but that whole Christmas excitement has been replaced by a little bit of trepidation and caution,” said local Kevin Mikkelsen.

“It just takes away from that really magical spark that is Christmastime.”

And Mikkelsen would know: For 15 years, he played Santa at a whole host of local events, from the Mountain FM Christmas Breakfast to the eggnog-fuelled Santa Pub Crawl on Christmas Eve.

But like every Whistlerite living through this mind-bending year, “Santa Kev” has had to adapt, and he’s OK mothballing his red-and-white fur-trimmed suit if it means keeping the community safe.

Perhaps the most obvious difference is the lack of international visitors at a time of year when that historically saw the resort’s daily population more than triple its permanent residents. It doesn’t take an economist to grasp what that means for resort businesses catering to the holiday crowd: no corporate lunches, no staff parties, and none of the Holiday Experience animation that usually lights up the conference centre.

For hotels, especially, it is a stark change from what is typically their busiest period.

“The event side of things is a significant piece of business—but also in terms of those events drawing occupancies as well, not just day visitors, because when people have a gathering, quite often they decide to stay overnight,” said Saad Hasan, president of the Hotel Association of Whistler.

But beyond the occupancy numbers, what is lost when a town that prides itself on being the consummate party host doesn’t get to celebrate the holidays in the same way it’s used to?

“We know it’s going to be a dismal holiday season from an economic and financial standpoint, but from a cultural perspective, I think Whistler will still be the beautiful, festive, magical destination that it always has been,” mused Tourism Whistler president and CEO Barrett Fisher. “We just hope that with new vaccines, with new rapid testing, and with people staying at home right now, that we will be able to welcome our visitors back in 2021.”

Along with playing holiday host to visitors from the world over, December is, of course, also the season of staff parties in Whistler, when employees get a much-needed respite from the Christmas rush.

For many local companies—Pique included—Bearfoot Bistro has been a popular choice to hold their staff parties, and while restaurant founder André Saint-Jacques said his team is still getting used to certain COVID-era adjustments—sadly, their twice-a-night rendition of “We Wish You A Merry Christmas” sung around Cameron Chu’s piano has had to be suspended—they, like most Whistlerites, have shown resilience in the face of such uncertainty.

“Something is lost [without our regular holiday events] but I think everybody at the same time understands the situation we’re in. We know we’re not out of the boat yet,” he said. “We’re expecting to be in this position for much longer, so we just have to put on a smile and keep going.”