COVID vaccines offer ‘light at the end of the tunnel,’ Weiler says 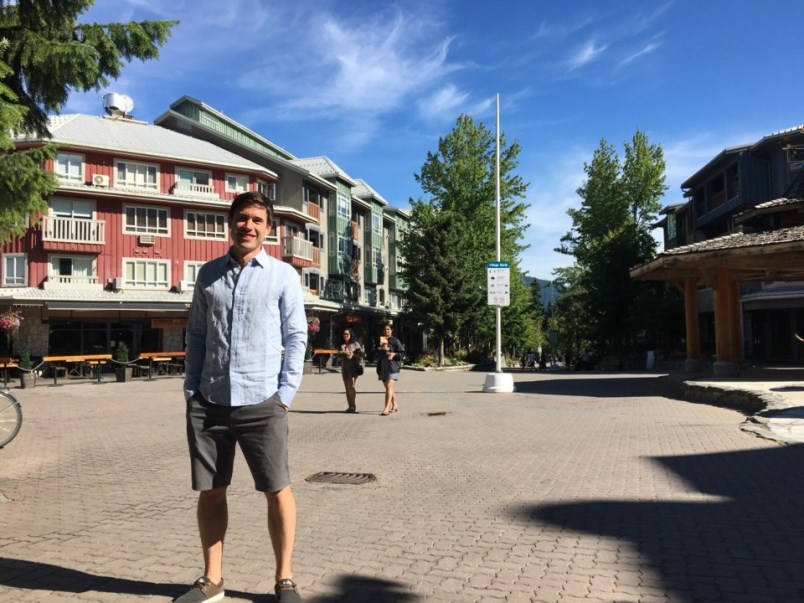 While there is much happening at the federal level in Canada, the question on everyone’s minds these days is about vaccines—and the news on that front is positive, according to West Vancouver-Sunshine Coast-Sea to Sky Country MP Patrick Weiler.

“There’s been an unprecedented effort in procurement for the federal government to ensure that we have access to vaccines, and a broad diversity of vaccines,” Weiler said in an update to Whistler’s municipal Committee of the Whole on Dec. 15, adding that Canada has contracted the most vaccines per capita of any country in the world.

“We have a very diverse portfolio of seven vaccine candidates right now, actually,” he said.

“The plan is we’re going to have about a quarter million of [Pfizer vaccine] doses before the end of the year in Canada, and I know they’re already arriving in B.C. right now as well.”

A further 168,000 doses of the Moderna vaccine, which is going through the regulatory process, will also arrive before year’s end.

“So the light is at the end of the tunnel, the vaccines are getting here, and that’s really what we’re going to need to move past this [pandemic],” Weiler said.

The federal government’s role in terms of the COVID-19 vaccine is to procure it and regulate it before getting it to the provinces, Weiler added.

“I know that the province here is on top of that, and already there’s a plan to roll it out,” he said.

During his roughly 20-minute update held over Zoom, Weiler touched on the many COVID-19 support programs rolled out by the federal government since March, noting that roughly $9.7 billion has been floated to businesses in the tourism sector through those programs alone.

The federal government is also working with financial institutions on the new Highly Affected Sectors Credit Availability Program (HASCAP) for the sectors hardest-hit by COVID, like tourism and hospitality, hotels, arts and entertainment, Weiler said.

The program will offer 100-per-cent government-guaranteed financing for heavily impacted businesses, and provide low-interest loans of up to $1 million over extended terms, up to 10 years.

Government programs like the rent and wage subsidies have been helpful for many Whistler businesses, but recent public health orders limiting movement and gatherings—just before Christmas, Whistler’s busiest time of year—present a real challenge, said Councillor John Grills.

“They’re sort of hanging on, so [it would be great] if there’s a bit of cash on the other side of Christmas to get them to April, May,” Grills said, adding that the resort had a decent summer this year, all things considered.

“So once people are allowed to be outside more, and more and more of our citizens have the vaccine, that may be a better time for the local businesses, but surely the next few months could be challenging, so any assistance will be appreciated.”

Other current priorities at the federal level include more funding for affordable housing (through the Rental Construction Finance Initiative announced this summer, which provides low-cost loans to build rental apartment buildings) and early childhood education ($420 million to attract and retain workers in key positions), Weiler added.

Then there’s the government’s updated climate plan announced on Dec. 11, which includes dozens of new measures and investment to the tune of $15 billion, along with increases to the federal carbon tax.

The feds plan to increase the carbon tax from $30 a tonne to $170 a tonne by 2030, which will have a dramatic impact on the price of gas.

While Weiler noted B.C. has its own carbon tax, exempting it from federal carbon pricing, the new federal increases will force B.C.’s provincial government to eventually follow suit.

“This is going to allow us to exceed our 2030 targets,” Weiler said.

“We really look at this as not just a plan on the environment, but also a plan for the economy, in that this plan is going to help create the conditions for more innovation, and more companies that are going to help lead in the clean tech economy, which is estimated at about $2.6 trillion economic opportunity, per year.”