Even though it felt inevitable, the official cancellation of Crankworx Whistler 2020 on May 26 hit young Sea to Sky riders hard.
May 31, 2020 10:21 AM By: Dan Falloon / Squamish Chief 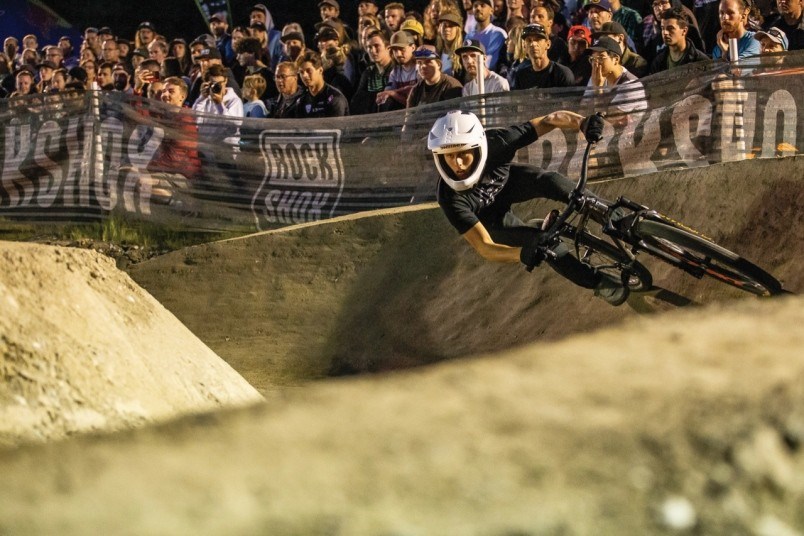 Even though it felt inevitable, the official cancellation of Crankworx Whistler 2020 on May 26 hit young Sea to Sky riders hard.

"It was kind of expected at this point, in a way, because almost every race has been cancelled at this point," said downhiller Seth Sherlock. "It was still quite disappointing because it was getting close to when races actually start getting back up.

"I'm not surprised, because it's a really big international event ... but it's a total bummer."

The other local riders The Chief spoke with echoed similar sentiments, reasoning that while it's the right call in the name of public health, it stings all the same.

"It was upsetting to hear that it wasn't going to happen, of course, but it's understandable with the situation we're in right now," said 2017 and 2018 Princess of Crankworx, downhiller Ainhoa Ijurko, who represents Spain.

Ijurko was hoping to build off her first pro Crankworx experience after taking seventh in the Crankworx Rotorua Downhill in New Zealand in early March.

It was Ijurko's first Crankworx experience outside of Whistler as she looked forward to doing the whole three-stop tour this year as part of her rookie season at the elite level.

"I had a pretty good start to the year. It was pretty much a dream come true," she said. "Racing with all of the big girls I've looked up to my whole life like Tracey Hannah, Casey Brown and Vaea [Verbeeck], it was so cool."

With so many disciplines offered at the festival, including pump track, dual slalom, and speed and style, Ijurko appreciates the chance to find her niches and push to improve. She also appreciates that Crankworx includes artists events such as Dirt Diaries and Deep Summer.

"It's more than just the racing, for sure," she said.

Jackson Goldstone, the 2018 Prince of Crankworx, was eager to finally be 16 in order to compete in the Official Whip-Off World Championships at home, especially after coming away with the whip-off win in Rotorua in early March.

"It was a highlight of my summer to race and compete in some of the events there," he said. "You want to play it safe because now is not the time to be hurting yourself or doing any events. I realize why they cancelled and it's OK with me."

The Crankworx World Tour has been a showcase for Goldstone in years past, as he's put up five total victories across all three stops since the start of 2018.

Jakob Jewett, meanwhile, made a name for himself at last year's Crankworx Whistler event, making it to the RockShox Ultimate Pump Track Challenge's pro men's small final and narrowly missing bronze at just 16.

While he'll miss the chance to impress swaths of sponsors and fans in person, Jewett noted that his competitors are in the same boat.

"You always want to be better and better, so from that perspective, it's kind of a bummer, but it's the same for everyone," he said.

Even though events are dropping off the calendar of what was to be his first UCI World Cup junior men's season, Jewett said he's still riding as much as possible and trying to grow as a rider.

"I try to forget about the situation. I try not to get too down on it," he said. "I'm trying to get better throughout this process."

Goldstone has tried to keep himself occupied, as has busied himself with digging trails to ride and film on in addition to exploring old favourites.

Sherlock, meanwhile, hasn't been overly satisfied with his Crankworx results in the past, just narrowly missing the junior expert podium in the 2019 Canadian Open DH, he was hoping to rectify that this August.

"I was hoping for a little bit of an improvement this year, but I guess it'll have to wait 'til next year," he said.

Sherlock, who scored a UCI World Cup junior men's win at Lenzerheide, Switzerland last summer, said he was getting set to go to the first World Cup of 2020 in Lousa, Portugal when it was called off due to COVID-19. Feeling confident entering the new season, Sherlock acknowledged he found it difficult to summon up motivation in the intervening months. However, with the potential for racing this fall, he's regained the spring in his step and knows he'll be ready whenever he lines up in a start gate once again.

"There's actually a light at the end of the tunnel," he said. "It's three months until I start racing again, so I can just start training like a normal offseason."