A tale of two Ironmans 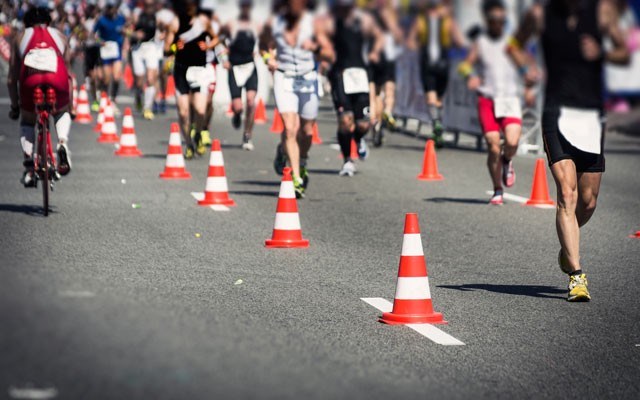 The main goal of probably 99 per cent of the racers taking part in Ironman Canada in the Sea to Sky region this Sunday is just to finish.

Most athletes have a few personal time goals, a few will be looking to improve on past results, and even fewer will be looking to place well enough in their category to secure an invite to the Ironman World Championships in Hawaii in October. But out of 2,500 athletes expected at the start line only a few dozen pro athletes in Whistler this Sunday will be seriously contending for the $75,000 prize purse.

Ironman is one of the hardest one-day races in the world, with a 3.8km swim leg, a 180km bike leg and a full-length, 42.2km marathon run to cap off the day.

Whistler's Dave Eastwood and Emma Bishop were at both sides of the spectrum this past weekend at Ironman Mt. Tremlant.

Bishop finished incredibly strong. Anything under 12 hours is a big deal for a first timer and she crossed the finish line in 11:37:19, ranked seventh in the women's 25 to 29 age category.

"I did feel pretty good all day," she said. "My swim was as I expected, and my bike was as I expected because I've been training in Whistler, and even though it was a hilly course it wasn't crazy and it didn't have the amazing headwinds you get out in Pemberton."

She also did well in the run, which was something she didn't expect: "I have a bulging disk in my back and I was expecting at least a five-hour run, but on the second lap (of the two-lap run course) I started feeling really good and saw people in the age group ahead of me. That lit a fire in me and I just kept running."

When asked if she'd consider doing it again, she didn't hesitate. "Yep, absolutely," she said. "I don't know if it will be the one in Whistler, just because it's where I live and trained, and I really liked that I didn't know where I was going so it was new and exciting the whole way, and it kept me entertained — which is big for me in a long-distance event. The boredom factor creeps in for me. Plus it's a good excuse to travel somewhere else."

Bishop credited the crowds and amazing volunteers for making it such a great day. "Definitely it was the atmosphere that the thousands of volunteers created," she said. "That gave me a huge boost at the end. I hate running, I'm terrible at it, but for the second lap my legs just kept going and I loved it."

Eastwood finished over four hours back of Bishop with a time of 15:59:59. He still doesn't know what went wrong, but he actually collapsed for about 20 minutes just a kilometre from the finish line.

"I was hoping to do about 12 hours, and for me everything was on course for the swim and the bike leg, although the wheels fell off after the bike," he said. "It was a really hot day, like 30 degrees, and I think the heat started to get to me and my stomach completely let go."

Eastwood said he was stopped by medical staff on his way out of the bike transition. He managed to keep going after that, but took eight hours to finish the run course.

"The first lap sort of felt okay, but towards the end of the first lap I started cramping up. After that I was done racing. I collapsed a couple of times, and then collapsed with just over a kilometre to go. I was on the ground for 20 minutes with medical staff over me, and it was killing me being so close and being able to hear the finish line while I'm curled up like a fetus on the side of the road," he said.

"Eight hours is a long time when you're alone with your thoughts and all you can think about is how bad you feel, but you also know you just have to finish. Anything else becomes completely irrelevant."

When asked if he would race again, Eastwood was on the fence. "If you asked me yesterday (day after the race) I would have said definitely no, but if you asked me today I'd say possibly. When I watch the Whistler one and get wrapped up in it again, who knows?"

While his own race was less than ideal, Eastwood has lots of positive things to say about Ironman, from the professionalism of the organizers to the enthusiasm of the volunteers.

"The big thing for me was how amazing the volunteers were," he said. "At Tremblant they had more volunteers than they actually needed and everyone showed up anyway, and had smiles on their face the whole day. That made a huge difference. One girl walked the last six kilometres with me, just to see me to the finish line."

Eastwood also has a huge amount of respect for anyone who takes on the race.

"I have the utmost respect for every single person doing it," he said. "So many people cross that finish line who in theory shouldn't be anywhere near an Ironman, but they're out there doing an Ironman. It's such an inspiration."