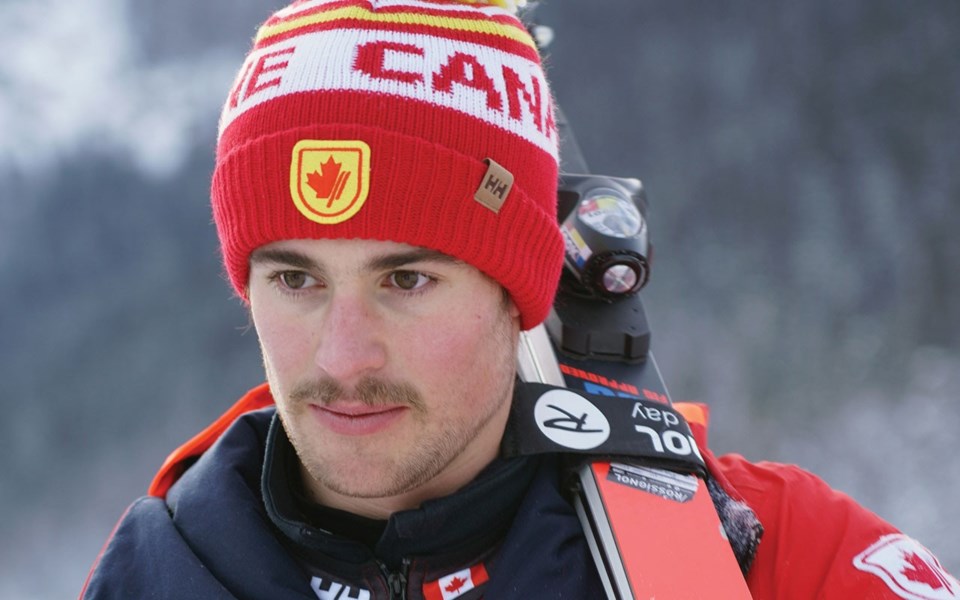 Cameron Alexander claimed one NorAm Cup win in Lake Louise and was a hundredth of a second away from another.

It's been an excellent December for the Whistler Mountain Ski Club alumnus, who has posted four top-10 finishes in NorAm Cup action after making his first two World Cup starts in Lake Louise on Nov. 30 and at Beaver Creek, Colo. on Dec. 7.

While the 22-year-old is more than familiar with Lake Louise, with six total NorAm top-10 finishes in his career, he credited jumping to the World Cup level with claiming his first-ever win in the downhill on Dec. 12.

"I got a start in the World Cup in Lake Louise, which gave me some confidence going in. I've obviously skied that track plenty of times before," he said. "I was able to go out and have some good runs and luckily, come out with the win as well, so I was super happy about that."

The triumph came a day after Alexander was just 0.01 seconds back of Jeffrey Read in the first downhill of the week. He also got to share the podium with younger brother Kyle, who was 0.06 seconds back.

Alexander wrapped the Lake Louise portion of the schedule with a fifth-place showing in the super-G. The scene shifted to Nakiska a couple days later, and he took 10th in the Alpine combined including 12th in the super-G portion. While Alexander was generally satisfied, he knows that he could have done a bit better at the second stop.

"I've had some good skiing, but I've had some mistakes," he said. "I come away knowing that I've been skiing well, which is a positive, but I would have liked to have been faster on the timing board.

"You need to look at what you need to improve on to not have those mistakes, but you also really want to make sure you find the good and continue doing that as well."

Looking back on his World Cup debut, Alexander said he was honoured to broach the top level on home soil.

"It was pretty special, obviously. It was a big step for me, making my first start in Lake Louise. My family was there and they were super pumped as well," he said. "It was cool to get that first one under my belt."

Alexander took 48th in the Lake Louise World Cup, and he jumped to 42nd in the Beaver Creek downhill the following week. While there are some minor differences in making the leap, he said he tried to focus on the similarities heading in.

"They set the World Cup a little bit faster and more open, but it's still ski racing at the end of the day," he said. "You come in thinking it's going to be crazy different, but it's really not."

By the end of the season, Alexander will look to secure the NorAm downhill or super-G title and lock down a World Cup spot for the 2020-21 campaign. He also recently found out he'd been invited to start 2020 World Cups in Wengen, Kitzbuhel and Garmisch-Partenkirchen.

Alexander approached the offseason looking to add muscle in the gym, and once he returned to snow, he focused on working on technical skills, especially in giant slalom.

"That can translate well into the speed disciplines," he said. "Making sure I was skiing confidently coming into race season was the main focus."

Several other WMSC alums took part in the NorAm Cup series in Lake Louise and Nakiska.

Those with top-30 finishes included:

For complete results, check out www.fis-ski.com.