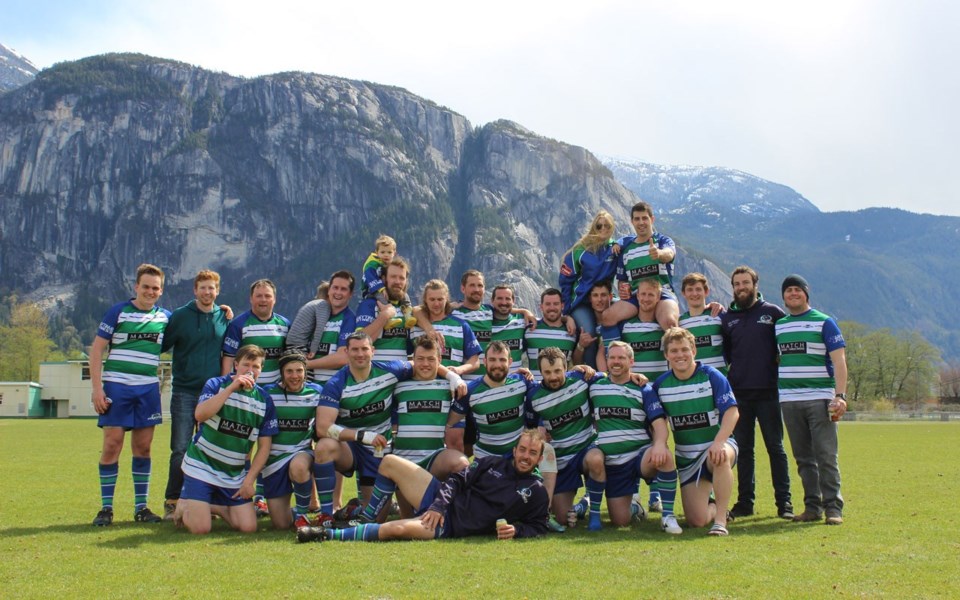 The Axemen Rugby Club didn't make a repeat appearance in the BC Rugby men's division Tier 3 finals this year, but the club is still counting 2017-18 as a successful season.

The Axemen fell in the semifinals to the eventual champions, Westshore RFC, by a tight 19-12 final, but there were still plenty of reasons for club members to hold their heads high after finishing the regular season in second place with a 13-4-1 record.

Club vice-president Michael Kompass, who also suits up for the team, explained the club underwent a reboot in 2013 to refocus its efforts, a decision he explains has paid off in the intervening seasons.

One important change has been the influx of new blood, as several Howe Sound Secondary School team members made the jump to the senior level.

"It's great to have some younger guys in there. I'm 43, so I'm the old guy on the team. It's a real mix of ages and we've got a real great mix and diversity in terms of experience, playing levels, skill levels," he said. "Over the past year and a half, we've really clicked."

Team captain Neil Irwin said a youth movement in the back row helped solidify an already formidable group of forwards.

"We have a strong forward pack and where we really developed was we found three young back-row forwards, flankers. They're a couple young Canadian guys who haven't played all that much before. But they came along and took some coaching and they were awesome."

As a larger club, the Axemen have held touch rugby events and are also looking to foster youth (ages 10 to 12) and women's rugby in the Sea to Sky corridor. Kompass said the club is seeking more members of all ages and abilities, noting he hopes enough women come out to form a full side.

The club also embraced Whistler more this season, dropping Squamish from its name and hosting a pair of early-season games up at Whistler Secondary School last autumn.

"As a club, it's important to focus on the Whistler-Squamish combo," Kompass said. "The touch league runs all summer here in Whistler as well, so there's plenty of rugby to be played as it warms up and the fields get into a bit more of a dry, stable situation.

"We'll definitely play a few more of our home games up in Whistler this year in the coming season."

Irwin added the club is seeing former players from previous incarnations of the team return in other capacities, giving the Axemen a link to their past.

"It's about building a community and a broader involvement with as many people as we can get," he said. "We're seeing guys that were part of the original Squamish or Whistler teams ... are coming back and getting involved. Some of the older guys are helping out with coaching and sponsorship and most importantly, support."

For more information, check out Axemen Rugby Club on Facebook.