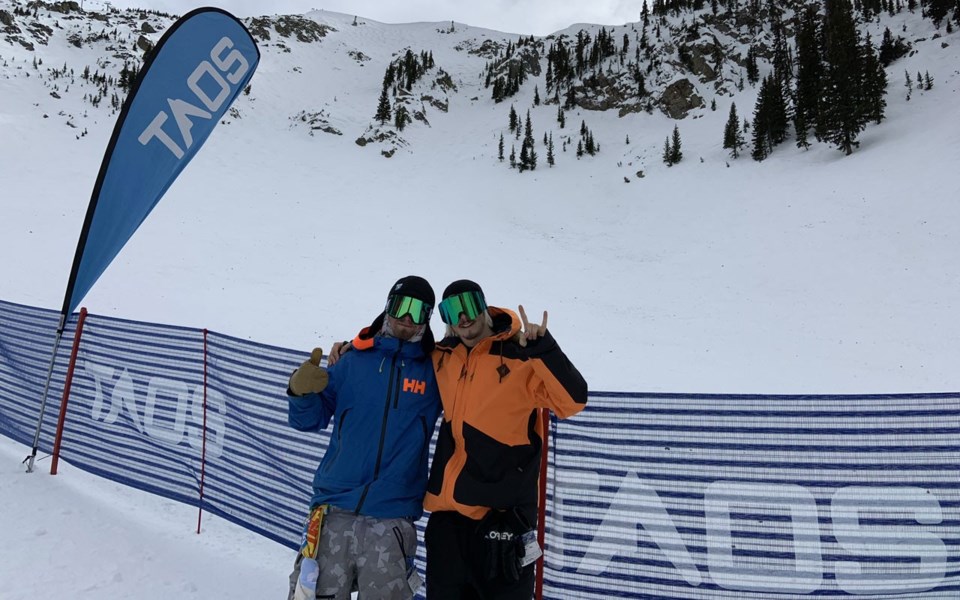 After narrowly missing, though, the 21-year-old Whistler skier felt even more determined to crack the world's best this year.

He didn't miss, and was officially named to the circuit's 2021 roster on March 19.

"It feels good. It definitely feels like a bit of a long time coming, so I'm stoked to finally get there," he said. "I'm pretty excited to ski with a couple of my buddies from around here."

In particular, Bathgate is hoping to ride with fellow Whistler skier Tom Peiffer, who has skied on tour the past two years, and American Kevin Nichols, who took part in 2019.

As for his goals while on tour, at the top of the list is to avoid being a one-and-done by punching his ticket for 2022 and participating in the famed final contest of the season at Verbier, Switzerland. A podium appearance, meanwhile, would be a cherry on top.

This year, Bathgate's truncated Freeride World Qualifier season was a bit of a yo-yo as he started out with his first-ever four-star-level win in Revelstoke, took a 16th at Kicking Horse and 23rd at Taos and rebounded to second in Crested Butte at what turned out to be the season's final contest on March 11. Based on his high points, Bathgate is feeling confident of what he can achieve.

"Two out of four were in the top two, so I feel pretty good going into [next season]," he said.

Bathgate acknowledged that the way his season was going after the initial win, he wasn't holding out much hope of qualifying for the world tour. With the pressure off, he excelled in Colorado and when the remainder of the season was cancelled, Bathgate was No. 1 in Canada and No. 2 in both North America and in North and South America combined

"I thought I was out of the running, so I was just trying to have fun with it and then it worked out really well," he said. "I wasn't really thinking about the overall [standings], I just thought, 'Let's go ski.'"

Also working in Bathgate's favour was his strong historical showings at Crested Butte, as he won a two-star event and took third in a four-star contest there in 2019.

"It was classic Crested Butte. It doesn't snow that often. It's quite rocky," he said. "It's a venue I've done well at before, so I skied the same line and I think I skied it a bit better [than before.]"

Even though the concern about the COVID-19 pandemic was still relatively low at the time of the Crested Butte contest, Bathgate and his fellow competitors were still feeling that it could be the last time they skied competitively all season.

"It was kind of on the back of everybody's mind that Crested Butte could be the last [one]," he said, noting that the following contests were slated for highly affected areas such as Washington state's Crystal Mountain Resort and California's Kirkwood Mountain Resort.

All told, Bathgate felt he made some encouraging changes this year, skiing on his own terms and going with his gut.

"I was just skiing my way and not really changing it based on the venue or the judges. I was picking a line that I like and how they score it, it is what it is," he said.