BC Bike Race rolls into Whistler on Saturday 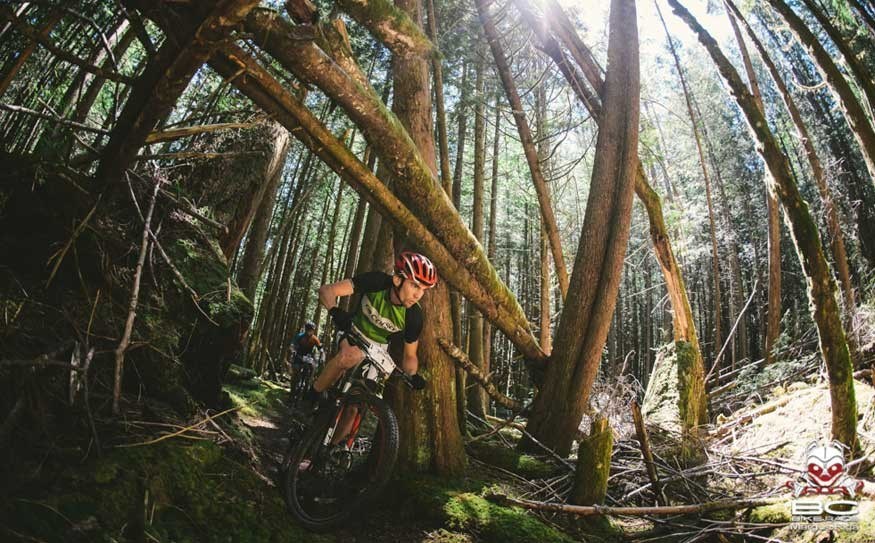 ARMY OF ONE Neal Kindree is in the battle of his life to defend his 2012 BC Bike Race title with three strong team riders, including Kris Sneddon, working aganst him. Photo Submitted

The fifth annual BC Bike Race rolls into Whistler on Saturday, the seventh and final stage of a race that got underway with a prologue on the North Shore on June 29. The stages this year include Cumberland, Campbell River, Powell River, Earl's Cove to Sechelt, Sechelt to Langdale, Squamish and Whistler.

The Whistler stage on July 6 is the shortest, and has been called the race's victory lap. The total distance is 24.9km with roughly 775 metres of total elevation gain — most of it at the start of the race. Riders will head up the Whistler Mountain Bike Park on Easy Does It, descend Crank It Up and Heart of Darkness, head up Blackcomb and down Yummy Nummy to Lost Lake Park.

The race has an enduro component this year with several timed sections on each leg, and 13 timed stages in total. The only timed section in Whistler is Packard Goose in Lost Lake.

The race starts at 9 a.m. at the base of Whistler Mountain, and the first riders will likely be at the finish line in Whistler Olympic Plaza in just over an hour — if not sooner.

Kindree was easily the favourite to win, although all season he's been fending off a very strong and determined Kris Sneddon.

For the first stage in Cumberland, Sneddon and two other Kona riders, Spencer Paxson and Corry Wallace, used team tactics to their advantage, and managed to put Sneddon in first with a gap of 56 seconds. Paxson ended up third by two minutes and 43 seconds.

On day two, Sneddon got a flat but his team helped out once again with Wallace hanging back and helping Sneddon bridge the gap back to the lead group. Once they were back together, the Kona riders continued to work together to contain Kindree (riding for Specialized and Corsa Cycles) and control the race. The result was a sprint to the finish over a grass field and a tie between Sneddon and Kindree, which left Sneddon ahead by 56 seconds in the overall. Paxson was third once again.

It took Kindree until day three to win a stage, with Kindree leaving the other riders behind on a late attack that helped him make up 29 seconds in the overall, bringing him with 27 seconds of the lead after three long days of riding.

"Kris strung it out in the first enduro, but I managed to get a gap on the fire road," said Kindree. "When I saw I had about 20 seconds I decided to just keep going for it."

Second place overall actually went to Erik Skovgaard, a rider from Denmark who edged Sneddon at the line.

In the women's solo challenge, Wendy Simms got out to a big lead in the first stage, finishing the leg in 3:03:01, 2:05 faster than Kim Hurst of New Zealand and 7:21 ahead of Trish Grajczyk of Alberta. On day two Simms extended her lead to 7:14 over Hurst, while Grajczyk slipped by 11 minutes.

Day three was more of the same with Simms extending her lead by an additional four minutes, although Grajczyk managed to keep it a lot closer in this stage and was less than a minute-and-a-half back of Hurst.

This year there's a race-within-a-race with 13 separately timed enduro sections over seven days of riding. After three days Kris Sneddon had the low time, 18:51, followed by Matt Hadley in 19:21 and Kindree in 19:28.

Simms is also leading the women's enduro, but by a far smaller gap. Her enduro time after three days was 22:20, followed by Australia's Jaclyn Schapel in 23:55 and Andrienne Miller in 24:26.

Updated results are available at www.bcbikerace.com.