Brusse moves from Posse to Pack 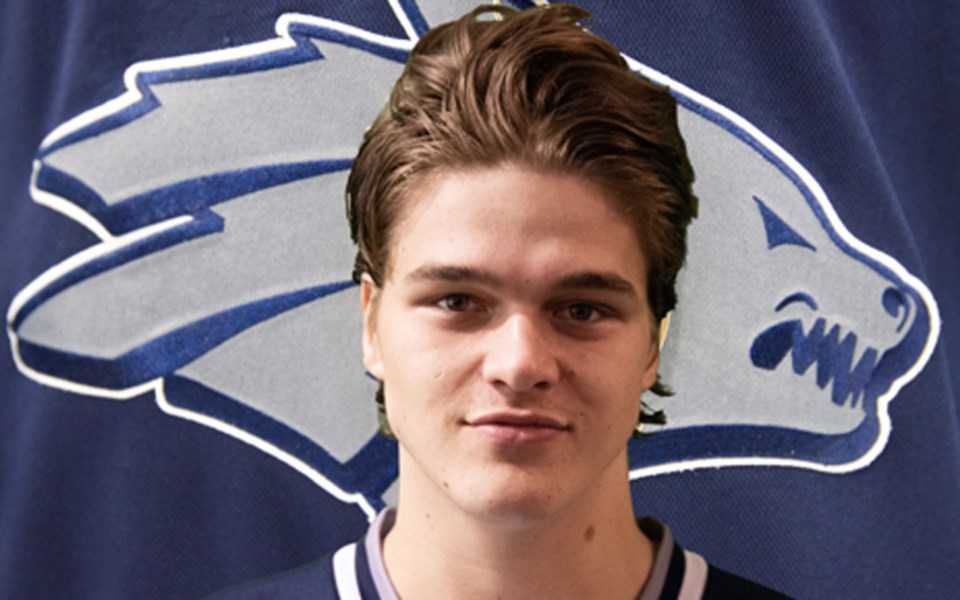 PACKING UP Noah Brusse is wrapping up his junior hockey career with the North Van Wolf Pack. Photo by Jerome Marburg

Noah Brusse will forever be a legend in Princeton, but for his last season, he wanted to come home.

The 20-year-old defenceman became the Princeton Posse’s all-time games-played leader last season, suiting up for 177 regular season contests over four seasons, plus another 15 in the postseason. Serving as team captain, he was a leader in all zones, tallying 39 points in 47 regular season games, plus seven in six Kootenay International Junior Hockey League (KIJHL) playoff contests, when the season was called due to COVID-19. Brusse was later named the league’s top defenceman.

But this season, Brusse is suiting up for the North Van Wolf Pack of the Pacific Junior Hockey League, a Jr. ‘B’ outfit like the KIJHL. After a 2-3 start, games were postponed earlier this month because of a public health order.

“It’s definitely weird being on this break right now, but things started out all right for us,” said Brusse, who had a goal and five assists in five games. “It was a little weird [joining a new team] after being in the same place for so long, but it didn’t take long to get used to it. There’s lots of good guys.”

One of those teammates is Noah Malthaner, a Squamish player and fellow Wolf Pack rearguard with whom Brusse came up in the Whistler Winterhawks program. Brusse credited Malthaner with convincing him to request a move from the Posse to the Wolf Pack for their final junior seasons together.

“We’re a real strong team, really fast. A little smaller, but we have a really good chance of doing really good things this year,” he said.

The atmosphere around the rink has been a bit different because of the pandemic, Brusse said, noting that not only do players wear masks after games and practices, but they also minimize the time spent in the room before and after.

“There’s not nearly as much hanging out in the room because you’re not supposed to be around large groups of people for long periods of time, obviously,” he said. “It’s a big change but it’s not too bad.”

While it felt strange for Brusse not to head back to the Similkameen region this year, he feels the change was for the better. He also couldn’t help but wonder what could have been for the 2019-20 Posse with no pandemic, considering the squad was the best he’d been a part of in four seasons, winning five of six playoff games before being sent home.

“Over the years, the team got better more and more,” he said. “It was the strongest team I’d been a part of and I was a big leader on that team.”