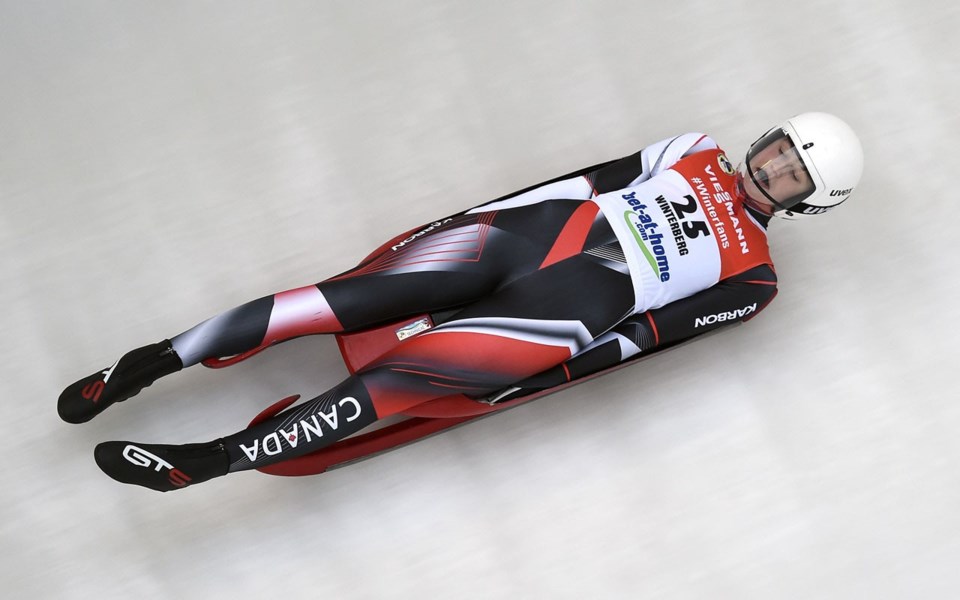 Calgary's Kailey Allan made an entrance on the FIL Youth 'A' World Cup season on Dec. 1.

The 16-year-old came away with a win in the season-opening race at Igls, Austria, besting a pair of Germans, Jessica Degenhardt and Merle Frabel, to earn the victory.

"It is awesome to win my first Youth A World Cup race," Allan said in a release. "I was able to pull fast starts today and have two consistent runs. That combined with a strong support team cheering me on was the key today. I am excited to see what comes next."

Also on Dec. 1, Nash and teammate Natalie Corless took a fifth-place finish in the first race of their Crystal Globe defence. The pair was 0.902 seconds off the pace set by Germans Luisa Romanenko and Pauline Patz.

No Canadian men participated on that side of the docket.

In the Nov. 30 contest, Nash was the top Canadian with a fifth-place finish in the women's event, 0.608 seconds back of champion Degenhardt. Russia's Diana Loginova held off Frabel for second. Corless took 12th while Allan was 29th.

In the doubles race, Nash and Corless took sixth, 0.346 seconds off the pace set by Degenhardt and Jessica Schneider.

Meanwhile, in World Cup action in Lake Placid, N.Y., Pemberton's Trinity Ellis took a ninth-place finish in the women's sprint contest, finishing 0.375 seconds back of winner Julia Taubitz of Germany. A pair of Americans defended their home track to hit the podium, as Summer Britcher and Emily Sweeney were back to back in second and third, respectively.

The only other Canadian in the race was Carolyn Maxwell in 13th.

In the men's race, Russia's Roman Repilov topped American Tucker West and Austrian Jonas Mueller. No Canadians participated. As for the doubles contest, Canucks Tristan Walker and Justin Snith ended up in 10th, 0.453 seconds back of winners Andris Sics and Juris Sics of Latvia. A pair of German sleds, Toni Eggert and Sascha Benecken, and Tobias Wendl and Tobias Arlt, rounded out the podium.

In the full World Cup race, Maxwell was the top Canadian in the women's race, placing 11th, 0.892 seconds back of Taubitz. Sweeney and Russia's Viktoria Demchenko placed second and third, respectively. Ellis took 14th while Makenna Hodgson was 19th.

In the men's race, Whistler's Reid Watts was the lone Canadian to qualify, placing 17th, 0.893 seconds back of champion Mueller. West and Italy's Dominik Fischnaller were second and third, in order.

Lastly, in the doubles race, Walker and Snith took a seventh-place showing, 0.988 seconds off of Eggert and Benecken's time. Wendl and Arlt placed second, while Austrians Thomas Steu and Lorenz Koller wound up third.

Full results are online at fil-luge.org.

Two local freeriders have punched their tickets to the Freeride Junior World Championship.

Whistler Freeride Club members Leif Gascoigne and Ryder Bulfone will compete in the contest, set for Jan. 28 to 31 at Kappl, Austria.

The two were among 34 competitors selected in the ski men's category.