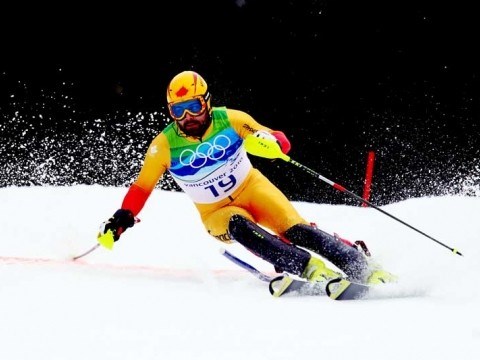 Nobody was more relieved than 200 tired Weasel Workers when the alpine speed events wrapped up Feb. 21, leaving just the shorter technical events.

However, the weather didn't entirely cooperate and a mix of snow, fog and rain created a whole new set of headaches for race organizers.

The men's giant slalom took place Feb. 23 with Swiss and Norwegian skiers stepping up to dominate the podium. Carlo Janka of Switzerland earned the second alpine gold medal for his country. He was followed by Kjetil Jansrud and Aksel Lund Svindal of Norway. Svindal's bronze was his third medal of the 2010 Olympic Games and completed his set, coming after a gold in super G and a silver in downhill.

Austrian skiers finished just off the podium once again with skiers in fourth, fifth and sixth place.

The top Canadian was Erik Guay, a speed specialist who followed up a mediocre first run with the second fastest time in the afternoon's race to place 16 th .

Robbie Dixon, also better known for speed events, was a respectable 24th out of 100 racers.

Guay said the results could have been different without injuries to team members Jean-Philippe Roy, John Kucera and Francois Bourque, Canada's best GS racers at the moment.

"You have to remember that we're a young team," he said. "We came in only 50 per cent. There's a lot of guys hurting right now. I think if we came in here full strength we'd be doing great things."

Dixon was disappointed with his result, but completed two solid runs. As he did in the downhill and super G he took a few chances and found himself putting on the brakes a little to stay on course in the GS. He didn't finish either the downhill or super G.

"It's been quite an experience," he said of the Games. "A few ups and downs - mostly downs - but my first Olympics in front of a home crowd, my family and friends, it's amazing. I'm a little disappointed how I did. A lot (disappointed). But it's been something that will stay with me."

The women's GS on Feb. 23 was challenging, with organizers making the decision to delay the second of two runs to the following day because of issues with visibility and snow - a decision many skiers were opposed to.

The day also had a few controversies. The number of skiers in the first run dictated that skiers started a minute apart - which meant that two skiers were on course at all times.

U.S. Skiers Lindsey Vonn crashed, and as a result her teammate Julia Mancuso - the defending Olympic champion in GS - was stopped on course and sent back to the top. In the time that took, dozens of other skiers went down the course and conditions deteriorated, making it impossible for Mancuso to get back into medal position.

Vonn apologized to Mancuso for taking too long to clear the course after her crash, where she injured her thumb.

The delay helped out Viktoria Rebensburg of Germany, who was sixth after the first run. The 20 year old had good weather conditions for her second run and claimed the gold medal.

Tina Maze of Slovenia earned the silver medal, her second medal of the Games after earning the silver in the women's super G. Third place went to Elisabeth Goergl of Austria, who was also third in the downhill.

Canadian athletes are starting to cross over into other disciplines more than in the recent past, following the example of top European and American skiers, as well as teammates Emily Brydon (retiring at the end of this season), John Kucera and Francois Bourque. For example, Britt's younger brother Michael typically focuses on the slalom, but raced for Canada in the super combined and placed a respectable 26th. Shona Rubens races both technical and speed events. Britt Janyk has not done much slalom training recently, but has been getting back into giant slalom.

Maria Riesch of Germany was solid in two runs to take gold in the women's slalom Feb. 26. Marlies Schild of Austria and Sarka Zahrobska of Czech Republic claimed the silver and bronze medals respectively.

Brigitte Acton was the top Canadian and North American racer, finishing in 17 th place. Teammates Anna Goodman and Erin Meielzynski were 19th and 20th respectively out of more than 90 starters.

The men finished up the alpine events on Saturday with the slalom. All eyes were on Whistler's Michael Janyk, the bronze medalist in slalom at last year's world championships.

A fog bank wafted in and out during the first run and the course seemed to get faster, with the result that a later starting bib wasn't as much of a liability as it might have been.

Janyk was the top Canadian after the first run, sitting in 11 th position. He was knocked back a few pegs by some surprising performances. Still, he was within a second of the podium and in slalom absolutely anything can happen - just ask the U.S. fans who watched medal hopefuls Ted Ligety and Bode Miller ski off course. The Americans were in good company, however, with 48 out of close to 100 skiers going off course or getting disqualified.

Janyk came out fast in the second run but was forced to put on the brakes in order to stay on course. He finished his day in a solid 13 th . While that would have been a great result a few years ago, it's actually one of his worst slalom results this season. He has five top 10 results on the World Cup circuit already this season.

"It's tough," he said. "I put a lot of emphasis on this, I didn't shy away from the pressure and I knew it was going to be big. I don't know - the conditions were tough, the start gates changed, but whatever, you have to deal with it and somebody has to win at the end of the day.

The surprise for the team was Julien Cousineau, a talented skier who has spent more time on the sidelines recuperating from injuries than racing in recent years. He posted the second-fastest second run of the day to move from 19 th to eighth place, his career-best result in slalom.

"I'm extremely happy," he said, while acknowledging his struggle to get back into form.

"Coming in the last two years I didn't know if I would ski anymore, and coming into this season I had to get a top 25 to keep skiing - and I did that, which is what brought me here. My first run I thought I was right in there with the top guys, I just made a small mistake that cost me. In the second run I just wanted to let my skis run and let go, and I did that so I'm quite happy."

Cousi, as he's known to his teammates, is also looking forward to getting back to the World Cup now that he's back in the top 15.

"It makes a big difference with everything, start position and confidence - I can really focus on my skiing and not have to worry if I'm going to have a job at the end of the season."

The veteran skier also had words of encouragement for his alpine teammates, down after failing to win a single medal during the Games when Alpine Canada had been predicting two.

"Obviously there was a lot of expectation for our team, but I don't think it's a flop. Erik (Guay) and Britt (Janyk) could have swung everything to the other side, whatever they came fifth or sixth by is nothing. It's a little disappointing from the standpoint of the media, but I think we have a strong team. And it's a strong team across the board, it's not just downhill anymore - we're strong everywhere, and I think it's just a matter of time."