'We can't participate' without it, says mother of seven-year-old with cerebral palsy
Aug 7, 2019 6:12 AM By: Dan Falloon 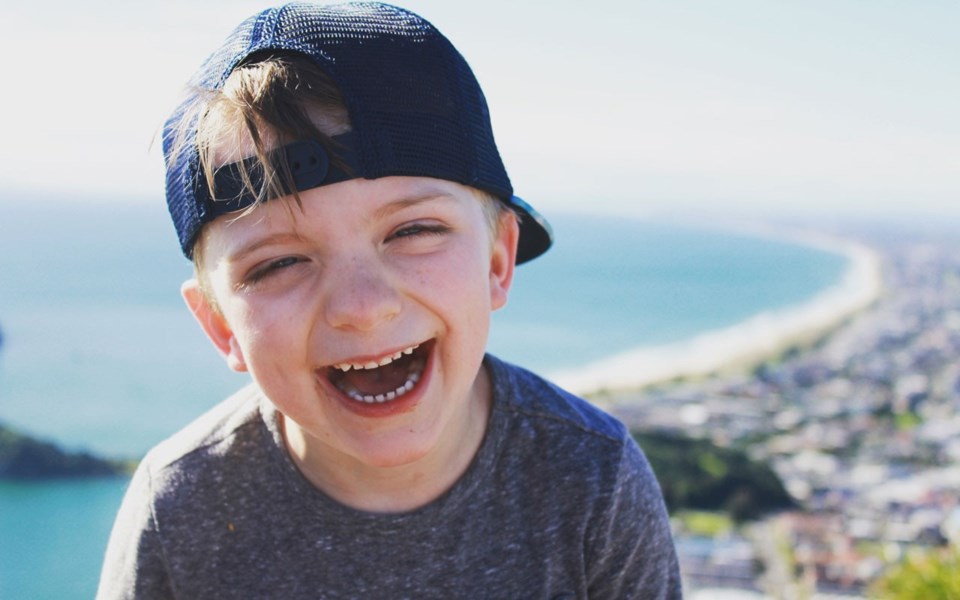 Jenny Grimes's son, Richie, is an avid athlete, or as she puts it "a super active kid."

Richie also has cerebral palsy, and so all the sports he participates in are adapted to his needs.

For the past two years, said Grimes, Richie has been mountain biking here in Whistler at Lost Lake and on the Valley Trail, and closer to their North Vancouver home in the Seymour Demonstration Forest. When Crankworx announced that it is holding an Adaptive Mountain Biking Jam on Monday, Aug. 12, the family raced to register.

Grimes said that having experienced Crankworx before, it's meaningful to Richie to take part this year.

"Otherwise, frankly, we can't participate, so the fact that they have created this opportunity this year is incredible," she said. "It means so much to him because he knows that he can do this. He has the opportunity to try it whereas before, we just watched his dad bike in the bike park or we would sit on the GLC patio and watch the bikers launch off."

Grimes said the family has always been an active one, so they're committed to having their son be included.

"We had to search out ways for him to experience things that we like," she said.

"His dad's a big mountain biker, so pretty much, he's never had an opportunity not to like mountain biking," she added with a laugh.

Jam organizer Carly Fox, who also handles the Kidsworx portfolio, described the event as a combined effort, as Whistler Adaptive volunteers will be out helping the riders.

Fox, who works alongside Whistler Adaptive during the winter with the ski school, said the idea originated when an adaptive rider was asking about options during last year's Crankworx festival. Though there is an adaptive category in the Air DH, the rider acknowledged he didn't have the skills to take on the legendary A-Line route, but still wanted to race. As the head of the Kidsworx B-Line race, the rider was passed on to Fox.

"B-Line isn't anything to be barked at in terms being a kids' course, so we had conversations about potentially setting up an adaptive B-Line downhill," she said.

Organizing an adaptive element to race didn't pan out, but it got Fox's wheels turning and she started talking to adaptive athletes about what types of events they'd want to see.

"One of them who was super helpful actually said to me, 'I know what I would do if you put me on a mountain bike in the bike park: I would send it, I would hurt myself again. What if we took it back a notch and looked at actually inviting people to come and ride the bike park in an adaptive setting?'" she said. "Why not make it a jam session? [It's] Intro to Bike Park for adapative."

Fox said that riders of all levels are invited, as she hopes to make the jam accessible to new bikers, those who injured themselves riding or experienced riders who never thought the bike park was for them.

There will be five different styles of bicycle for riders to try, so those who come out can try to find just the right fit.

"We're going to have a lot of support, so anyone who's thought that they wouldn't get back into the park or thought that it wasn't possible to go and ride a mountain bike in a bike park if you have mobility challenges [will be able to]," she said.

Fox hopes to have between 20 and 30 people of varying abilities taking part, though with the confirmation that British rider Martyn Ashton, who started adaptive riding after a 2013 injury, will be bringing his Random Tandem to the event, hopefully more people will come out. Ashton hopes youngsters who come out will learn what is possible.

"I think it's remarkable to be honest. There have been so many athletes over the years that have tried to break new ground— it's great to see it has had an effect and not only that but broke new ground," Ashton said in an email. "It is easy to think you need to have a perfect body to make great things happen. Seeing the most determined people ever just making a great go of it is pretty inspiring."

The jam will start in the bike park learning area, and riders who feel comfortable tackling B-Line will be able to descend there.

"We've checked how accessible it is firsthand. You can get from a wheelchair into the gondola, out of the gondola, into a bike, all the way up to and through the learning area on a bike," she said.

The ride takes place on Aug. 12 from 9 to 11 a.m. For more information and to register, visit www.crankworx.com/event/adaptive-mountain-biking-jam-session.

Crankworx officially runs from Aug. 9 to 18.