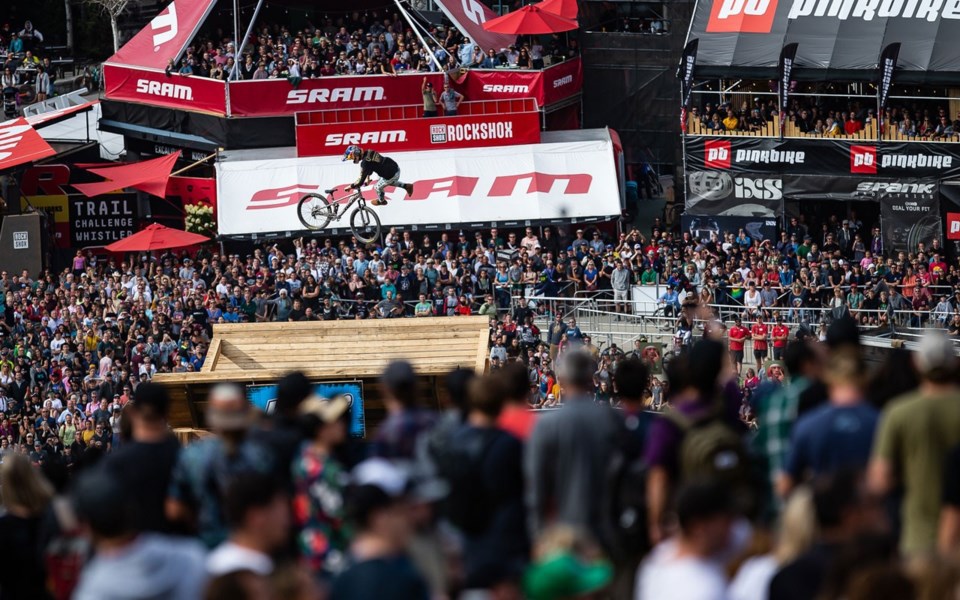 Crankworx Whistler will officially run for two additional days in 2020.

The world's largest mountain biking festival will officially run from Aug. 5 to 16 next year.

While no schedule was immediately available, a release said the additional days will open up additional training and event windows, allowing a bit of breathing room into a schedule that ran compactly but efficiently over 10 days in years past. The release also hopes that the schedule change will allow more riders to participate in contests.

The two other Crankworx festivals will run from March 1 to 8 in Rotorua, New Zealand and from June 10 to 14 in Innsbruck, Austria.

Whistler's Teal Harle came through as the top Canadian in his season-opening FIS World Cup event in Modena, Italy on Nov. 3.

Competing in big air, the 23-year-old skier landed a two-run combined score of 174.25, just 2.5 points off the podium and 9.75 points back of winner Alexander Hall of the United States. Norway's Birk Ruud and Switzerland's Andri Ragettli rounded out the podium.

Also in the competition, Max Moffatt took ninth, Alex Beaulieu-Marchand was 12th, and Evan McEachran and Edouard Therriault were back-to-back in 14th and 15th, respectively.

Canadians fared well on the snowboard side on Nov. 2, taking the top two spots on the men's side.

Full results are online at www.fis-ski.com.

Whistler will no longer be Round 6 of the Enduro World Series (EWS) tour in 2020.

The local CamelBak Canadian Open Enduro will now take the mantle of Round 7 on the season as the tour announced earlier this month that it will host an additional race on the American east coast for the first time.

"The trails at Burke Mountain are famous across North America and I can't think of anywhere better to host the first East Coast EWS," EWS managing director Chris Ball said in a release.

BC legends receive call to the hall

Five athletes, three builders and coaches, and one team received a call to the B.C. Sports Hall of Fame.

In terms of coaches and builders, inductees will be Harry White (golf), Bill Mitchell (wrestling) and Valerie Johnson (trampoline gymnastics), while the 1979-80 University of Victoria Vikings men's basketball team will also go in.

Lastly, hockey player Robin Bawa will be honoured in the pioneer category, Cleve Dheensaw will be recognized in the media category, and Kathy Newman will receive the W.A.C. Bennett Award.

The induction gala is set for June 4 at the Vancouver Convention Centre.

For more information, head over to www.bcsportshall.com.