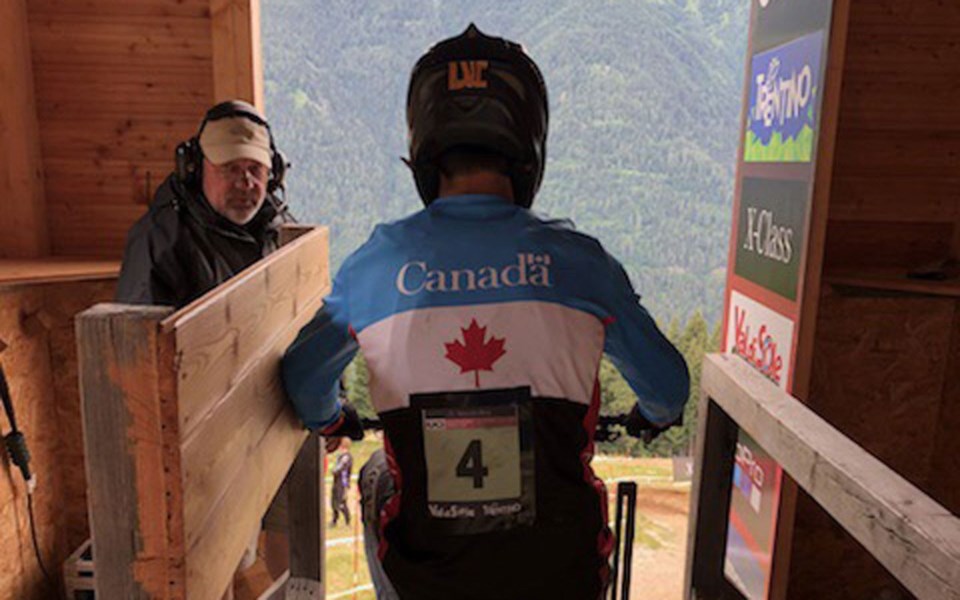 Pemberton's Lucas Cruz made some history in Andorra on July 5.

In his second year on the Mercedes-Benz UCI World Cup downhill tour, Cruz earned his first podium appearance, placing second in the junior men's division at Vallnord. Cruz was 2.7 seconds back of winner Matteo Inniguez of France while fellow Canadian Patrick Laffey was just 0.4 seconds back of Cruz. The only other Canadian, Seth Sherlock of Squamish, took a sixth-place finish.

Reached in Les Gets, France, the site of the next World Cup race, Cruz said he had some nerves over the weekend, but it had little to do with the race.

"It's pretty amazing, actually. It's just such a new experience and I was actually more nervous going up to the podium than I was before my race runs," he said. "I really made my mark and I finally got that good result. I've been fourth and fifth a few times, so it feels good to know I'm right where I'm supposed to be."

The podium finish, Cruz said, will help rid him of the bad taste he acquired taking a fourth in Maribor, Slovenia to start the season. He was happy with his riding, but the sense of knowing he was close but not quite there was hard to take.

"It definitely gave me a confidence boost and I'm ready to give it my all here in Les Gets," he said.

Cruz credited his B.C. upbringing for his success in Andorra, explaining that the setup was similar to what he might find back here in the Sea to Sky.

"It was pretty similar to the BC Cup [race] we had in Whistler. It was so blown out and dusty and because there were so many people on track, it was hard to see every lap because of all the dust in the air," he said. "Because it was so dry, nothing held together, so the track changed pretty much every lap. You had to change your mind a lot, which was tricky."

With so much changing from run to run, Cruz tried to push his speed in the sections that were least likely to have experienced much change while he slowed in parts with potential issues.

"There were bigger holes and lots of big rocks kicked out into the lines that you're used to. You had to be really on your toes and still pushing it to go fast," he said.

While the weather was blazing, Cruz said it was really only an issue at night, making it difficult to sleep. On race day, the elevation battled off some of the heat while presenting other challenges.

"It was really high up so your lungs—or mine, anyway—weren't that used to it," he said.