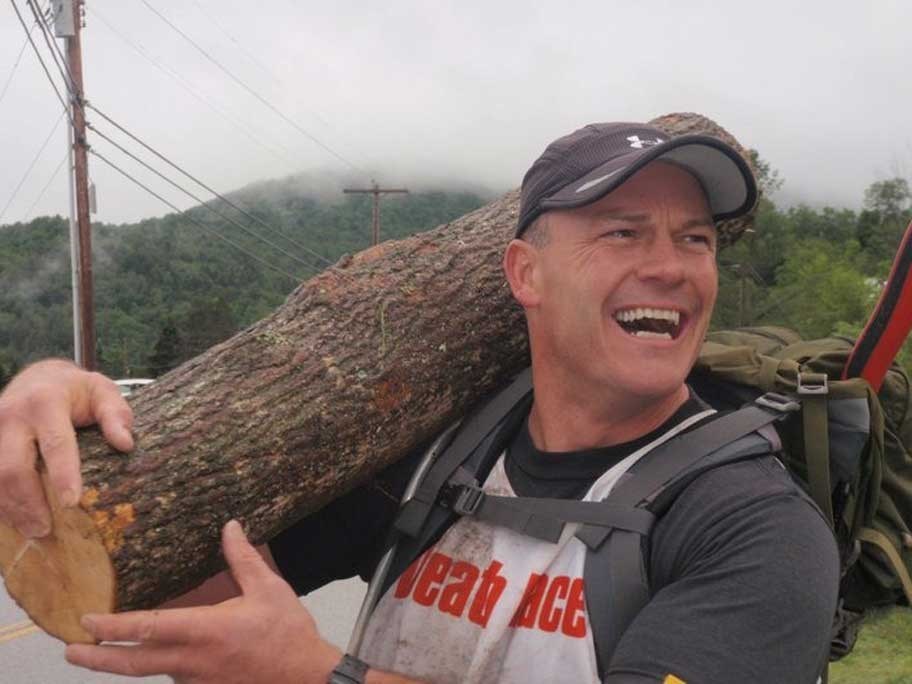 Over 200 athletes entered the Spartan Death Race in 2011; only 35 were credited as reaching the finish 45 hours later. One of those finishers was Whistler's Don Schwarz, who endured long miles and cold weather to rank fifth among some of the toughest men and women in the world.

But while his only goal in 2011 was to finish, he was close enough to the front to wonder what might have happened if his goal had been to win. He'll find out in June when he returns to Vermont on June 15 for the Spartan Death Race 2012.

"On the drive back from Vermont to Montreal, my buddy and support guy Christian asked me one question, and that's 'do you think you could have won?'" said Schwarz.

"I spent a lot of time thinking about it. My goal was only to finish, but if I went and trained from the perspective of winning I think I can come back and win this."

The race is both mentally challenging, and physically challenging with a series of gruelling tasks to complete. Schwarz waded chest-deep up a frigid river, lugged a 25-kilogram chunk of wood in a 40-kilogram backpack up and down Vermont's rugged mountains, chopped two cords of wood, crawled through rusty culverts, crawled up stream beds under barbed wire, and lugged a bucket full of water to the top of the mountain to name some of the obstacles.

Throughout the race, there were religious symbols and quotations that competitors memorized, most of which had no impact on the race whatsoever — it was just that year's theme. Racers were given punch cards which didn't do anything except discourage racers by making it seem like there was a lot more to do than there was.

There's no indication what the challenges will be in June, just a list of mandatory gear — some of which will probably be useless.

"I've been thinking about what I'd do differently, and one of the biggest things is carrying a heavy weight over long distances. I've also learned a lot about how the race works — like how long I'll be gone away from the area where my food is. Last year it was eight hours," said Schwarz. He consumed roughly 10,000 calories of food every 12 hours to keep his energy up.

"I keep trying to imagine how you make this year's race harder. I can think of a few ways, but then nobody would finish."

Last year's race was the longest death race yet by a long margin, made longer by the cold, heavy rains and chilly nights. While Schwarz suffered with the cold, he did better than most racers — over 100 pulled out in the first night before the race even started.

"The cold doesn't bother me as much as other people, so bad weather wouldn't be a disadvantage for me. I think I'd suffer worse if it was 35 degrees (C) during the day," he said.

Another factor for athletes was the absence of sleep, but Schwarz averaged an hour a night when his daughter was born and is no stranger to functioning without much sleep.

He also loves chopping wood, the one activity that's almost certain to be part of the race this year

"I'm even thinking of putting my name out there and telling people I'll come to their homes and chop their wood for them for training," he said.

This year Schwarz will be doing the event with a friend from New Mexico, who had to pull out of the race last year to battle a fire at his family ski resort.

"You still do each component of the race by yourself, but knowing your friend is suffering equally beside you makes it easier. When you're on your belly pushing an 80-pound pack uphill through the mud, it's not so bad having a buddy doing the same thing."

The participants have to do a few events before the race, including having an article published in a newspaper. If you can't do that, you're required to do a 12-mile (18km) swim the day before the race.

The theme for the 2012 event is "Betrayal." For more on the race and videos and photos from last year, visit www.youmaydie.com.