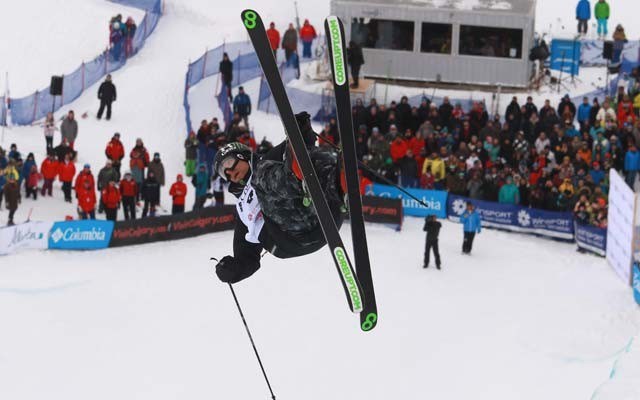 Justin Dorey's heart was leading him to the 2018 Winter Olympic Games in PyeongChang, South Korea.

But, ultimately, his head thought better of it.

The 28-year-old halfpipe skier and former Whistler resident had hoped to improve on a 12th-place finish in Sochi, Russia in 2014, but after he sustained concussions with more regularity, his health now and in the future took precedence as he announced his retirement in a Canadian Freestyle Ski Association release on Nov. 1.

"I had a bit of a rough go at the last one and I was shooting for 2018. But I've had about 15 concussions and with each one, the impact that it takes to give me a concussion has gotten milder and milder to the point where it's kind of a ridiculous thought that I could ski for a couple more years without tapping my head enough to give me a concussion," he said in an interview.

"Along with that is recovery times increased exponentially. The last three concussions I've had over the last couple years — all of them have been pretty light taps to the head — the first one took me two weeks to recover from. The second-last one took me a couple months and this last one was actually the lightest impact of all of them and I'm still not 100 per cent and it's been more than a year."

Dorey is currently taking business administration classes at Capilano University and is set on his new path in life with a newfound interest in investing and finance.

After sitting out all of last season while recovering, he saw the writing on the wall, but needed to make absolutely certain before making it official.

"I've known I've been done skiing for awhile. I'm in school full time right now and I made the call in the spring. It was a 90-per-cent sure thing, but with the magnitude of the decision, it took me awhile to really come to terms with it," he said. "I came to terms with it and wanted to get some closure from it, I guess. It's done. I'm not sad about it; I'm at peace with it."

Dorey, who is originally from Vernon, burst onto the scene at age 16 by winning the World Ski Invitational here in Whistler in 2005. However, he didn't feel like he was where he needed to be in terms of his skills in spite of the result, calling it a "fluke" and vowing to work harder.

"I was happy but I didn't feel like I deserved it. I wasn't the best skier there and I wasn't ready for it. After a couple years of working my ass off to deserve it and win, I realized that I loved it more than ever," he said.

In 2012, Dorey won the Dew Tour overall title and after a second-place finish, got to share the podium with legend Tanner Hall.

"That was probably the best day of my life," he said. "I wanted it more than anything in the world and Tanner was always my favourite skier so when I podiumed at that first Dew Tour, to be standing beside him on the podium was like, 'Holy shit, I did it.'

"That was the first time I felt like I was in the same league as my heroes."

Retiring not on his own terms was a little jarring for Dorey, as he had to find other ways to occupy his time, but he feels like he's on his way to building a life post-athletics after finding his success by ignoring other activities around him.

"Skiing has been my whole life and it's been 100 per cent my identity since I was 12 or 13. When I had to come to terms with that being over, it's a bit of an identity crisis — you don't really know who you are when that's taken away," he said. "I was having a hard time with it and found I was interested in other things and everything's going to be OK."

His career-minded interests in business only came recently, saying even a year ago he'd have found it boring, and it's shifted his attention from music and art.

Athletics, however, have been slow to return as the concussion symptoms linger, though he has been able to resume light jogging recently and hopes to make up for lost time with non-risky outdoor activities like jogging and cycling.

"I haven't been able to get my heart rate up," he said. "As soon as I got my heart rate up, it would trigger all my symptoms and headaches and I would be immobilized pretty much for the rest of the day and even throughout the next day."

All in all, Dorey appreciated his career, the chance to win an FIS Crystal Globe in 2014 and the chance to live, even just for a bit, in the resort.

"Since I started skiing it was always my dream to be a skier in Whistler and live there. I'm so lucky I got to make that happen," he said.